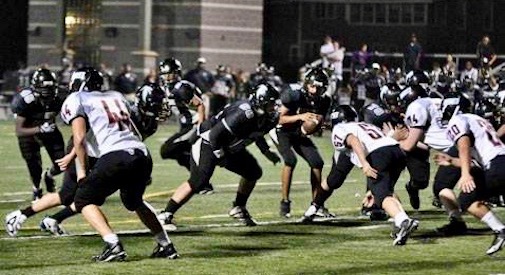 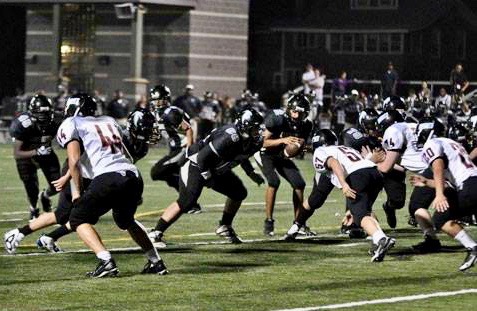 Cambridge Rindge and Latin School’s Falcons in a photo from 2015. (Photo: Jamesson Versace via Facebook)

The Cambridge Academic Eligibility Standard, which decides if students can participate on interscholastic sports teams, is in conflict with everything Cambridge says it is. At a time many of the nation’s best colleges have taken hardline SAT scores out of admissions requirements and cities seek to eliminate hardline numerical scores as a basis for hiring for police and fire positions, our school department and the leadership at Cambridge Rindge and Latin School still use a hardline punitive approach to establishing academic eligibility for sports.

You should ask how could that be, given that we know such numerical scores disproportionately affect the children most affected by the achievement gap? We know kids of color and lower socioeconomic status are more likely to underperform on hard-number grades and have less active family support for academics. But rather than use sports as a hook to get their attention and add remediation and intervention, Cambridge has a hard cutoff of GPA at 67.9 – almost eight points higher than the state’s required 60 for eligibility. (There are also other measures, such as failed classes). Because our policy in Cambridge is wholly discretionary, the principal and administrators could look at specific facts and use punishment and flexibility to find “teachable moments,” but they very rarely do. It’s just too “risky,” and too much work.

In Lexington’s very successful and progressive system, there’s a “probation” for students with a GPA of 60 to 70, which allows student athletes to continue to participate but allows coaches and administrators to limit or penalize while a student participates in remediation. In this way a student’s efforts to improve are assessed and playing time is used as leverage. In Cambridge, administrators use the appearance of a “higher standard” as window dressing for punishment, with remediation attached only if the student falls from a 70 to a 68.

During that “probation” the student is hopefully shocked into understanding they need to get their academics in order. Ideally parents or guardians are brought in, and coaches allow the student to miss practice and let academics be the priority. But in many cases if teachers don’t communicate with students or parents while putting grades into the Aspen online grading system, a student can go from “all set”  and eligible (say, an 85 ) to below 68 at final grades – and be forced to leave a team before the end of the season, with no opportunity for remediation.

As a coach, I have lost all contact with such kids once they are told they are no longer eligible to play. This is the equivalent of telling a child “you are no longer welcome here.”  This is when kids become alienated and disconnected.

In short, we lose them.

I want to be clear:  I am not against an eligibility standard that is more aggressive than the state standard. In fact, a GPA of 71 is not getting a kid in to college. Often as a coach I withhold playing time to punish eligible players who simply should be doing better in school, and as peers.  I don’t need a numerical cutoff to tell me this. I would support an even wider range of probation, from 60 to 75. This would require more interaction and more remediation than the district’s two-point range allowing remediation before final grades are in.

In short, this policy is not fulfilling any stated goal of improving academic performance. It is increasing the achievement gap and reinforcing mediocrity. It does nothing to make teachers, administrators or guidance or athletic staff more communicative with parents. The standard makes it easier for us to give up on kids with sole blame on the child who “should have known better.”

For every day this hardline punitive rule stands, we should have anything but a clear conscience as it relates to helping children improve, especially for those we know face the highest odds against them.

Anthony D. Galluccio is a partner in the Galluccio & Watson law firm, as well as a former mayor, city councillor and School Committee chairman. He was a student athlete at Cambridge Rindge and Latin School from 1981-85.