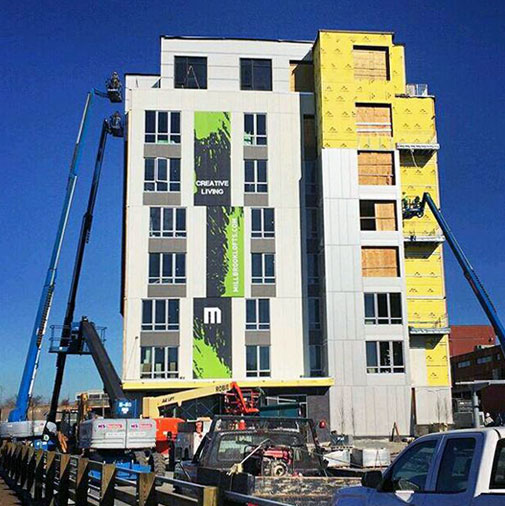 Millbrook Lofts under construction at 9 Medford St., Somerville, in November 2015, described as an apartment project. (Photo: Millbrook Lofts via Facebook)

Most tenants didn’t bother to attend a Nov. 16 social in the common room at Millbrook Lofts, the handsome, 100-unit luxury revamp of a cold storage tower on Medford Street in Somerville.

If they had, they would have heard firsthand that the apartments they’d just moved into – Millbrook’s grand opening was a little over a year earlier – would soon be taken away by owner Berkeley Investments to be sold as condos. 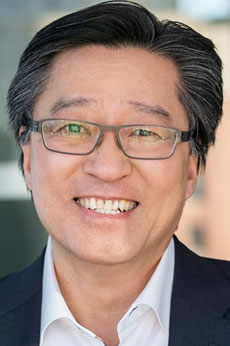 “It was billed as more of a ‘wine and cheese’ social event. Because of this, and because of poor communication from Berkeley afterward, it remained very unclear what was happening to tenants,” said Greg Santos, who quickly helped found, and is now president of, a Millbrook Tenants’ Association. He described the situation, and how tenants learned of it, in a Thursday email.

“Many tenants only recently moved into the building. Some even signed leases in October and November with long-term plans to remain in the building, yet were not notified in advance that the building would begin conversion to condominiums the very next month, which came as a surprise to some and a shock to many,” Santos said in a Tuesday letter to Boston-based Berkeley Investments signed with fellow association officers Michael Devlin and Reilly Bertasi.

It is the biggest condo conversion known to Somerville’s Housing Division, staff said in December, and the first for a building with inclusionary units: 15 of the 100 apartments were set aside as “affordable,” and five of those are specifically for artists. The affordable units will stay so, including the artists’ live-work space, with tenants given first rights to buy. (Six of the 15 have expressed interest, staff said.)

Berkeley was contacted Friday for comment but did not reply in time to be included in a first version of this article. A preliminary response was sent Tuesday from Park and Dan McGrath, a company vice president. “As the original developer and owner of the property, Berkeley has worked in good faith with the current residents over the last several months to address their questions and concerns as we advance a conversion of the property to condominiums,” they said.

“We have observed that for a number of residents, Millbrook has been the last stop before purchasing a home. Given the lack of for-sale housing being built in the Boston area, along with the relatively low level of homeownership in Somerville, we came to the conclusion that there was an opportunity at Millbrook for residents, both current and new, to actually own a piece of this community through a condo conversion, and perhaps become more permanent residents of the property and of Somerville.

“In proceeding with the conversion of Millbrook to condominiums, we have worked closely with city officials to make sure we follow all the necessary steps that have been put in place to protect the rights of tenants and we have been extremely deliberative in how we have proceeded.”

State Rep. Mike Connolly, fresh off getting a favorable report out of committee for transfer fee legislation that could boost affordable housing funds, has become a player in the situation, vowing in a Thursday letter to Berkeley president Young Park to attend tenant meetings and a Somerville Condominium Review Board meeting scheduled for Feb. 28. He also asks to meet with Park.

“Imagine winning that [housing] lottery, moving in and then months later being told, ‘Actually, you’ve got to find somewhere else to live,” Connolly said, explaining why he wrote the letter. “I am furious at such a capricious move.”

“I am also interested in this situation because I believe it can offer insight into how the state Legislature and municipal officials could consider new regulations to make it more difficult for an entity such as Berkeley Investments to engage in the wholesale displacement of tenants in newly developed apartment buildings in the future.”

The Millbrook Tenants’ Association is bargaining with Berkeley for renters who don’t want to buy their unit and may have a hard time finding a place to move in a tight real estate market. An offer from Berkeley in late January guarantees each tenant $1,000 but otherwise gives mainly “vague, unquantifiable and likely unenforceable” offers for help relocating, the association’s letter says.

Its reply notes that Boston’s condo conversion law requires $6,000 in compensation for each tenant, or $10,000 for the elderly, disabled or low-income, and suggests that Berkeley cover “pass-through expenses tenants will be forced to incur – unexpectedly – as a direct result of Berkeley’s decision,” including a first and last month of rent at a new place, a new security deposit, broker’s fees and the cost of a mover. There are indirect costs as well, the association says.

The company has said there will likely be construction in public spaces in a building that renters considered to be finished.

The cost of converting the 1916 structure at 9 Medford St. into an apartment building, which required variances from Somerville government, wasn’t publicized; a June 15 press release noting its access to Kendall Square and transit, including a planned MBTA green line station, said a sale was expected to close at approximately $60 million, or $600,000 per unit.

That seemed low to the tenant association.

“Berkeley is likely to realize $750 or more per square foot when selling these relatively new apartments, presumably amounting to $750,000 or more for most units. Our request for fair compensation would be a rounding error on those numbers,” the letter says.

This post was updated Feb. 21, 2018, with preliminary comments from Berkeley Investments.