Courthouses might return to Cambridge, but find a permanent home in Somerville 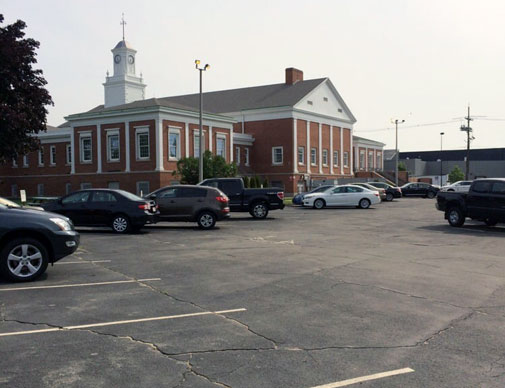 Courthouses might return to Cambridge, but find a permanent home in Somerville

Somerville plans to ask the state to expand its District Court at 175 Fellsway into a planned Southern Middlesex Regional Justice Center. (Photo: Tracy B. via Yelp)

Cambridge residents with business before a court may have to go to Boston, Medford or even to Woburn to see it through – not like it was when East Cambridge was the reluctant host of the 22-story Edward J. Sullivan Courthouse. A statewide consolidation project will change this, potentially bringing some courts back to Cambridge before siting them in a permanent “Southern Middlesex Regional Justice Center” complex, which could go to Somerville.

The state has a plan to reduce the overall number of courthouses to 75 statewide, down from nearly 100, making room for “specialty courts” (there’s already one for Housing, and the state Trial Court plan ponders room for Drug, Mental Health, Veterans and Prostitution courts) and allowing for changing trends and technology. The state says 65 percent of Massachusetts courthouses are more than 50 years old.

There’s no timeline for the plan, which awaits funding by the Legislature, but Phase 1 takes on the “most deficient and overcrowded buildings in the system” by building two high-urgency courthouses in Quincy and Boston and includes from $2 million to $10 million in renovations to the old Third District courthouse at 121 Third St., East Cambridge (home of the Middlesex County Juvenile Court), and a feasibility study for the Southern Middlesex complex. Phase 2 would see Southern Middlesex built.

But Cambridge could start to see benefits from the plan as soon as 2019 or 2020, said Michael Sullivan, Middlesex County’s clerk of court. As a member of court leadership groups and committees, Sullivan has been monitoring the progress and possibilities of a plan that could see him returned to his hometown – or at least closer than Woburn, where Middlesex County Superior Court was sent in 2008 when the Sullivan Courthouse started to be shut down for renovations.

“I was told we were going to be here three to five years and then go back to that building. It was March 17, 2008. In fact, our original lease was three years with an option to renew,” Sullivan said Friday.

But the court never came back. The 22-story courthouse was so decayed and ridden with asbestos that the renovation costs were quickly discovered to be “outrageous, probably beyond the state’s ability to absorb it,” Sullivan said, and the state instead continued emptying it. Cambridge District Court moved to Medford in February 2009, and the prisoners in the jail atop the building were moved to the Middlesex House of Corrections in Billerica in June 2014. The building is headed toward private renovation into an office tower with 24 units of housing.

There are still three courts in Cambridge, and two are close together: the juvenile court is close to The Middlesex Probate and Family Court, at 208 Cambridge St., which hears cases on family matters and probate proceedings and hosts land and real estate records. The Homeless Court session is held at First Parish Church in Harvard Square, 3 Church St., and before that was at the Salvation Army in Central Square.

But Land Court (where land owners must go to register title or handle zoning or real estate tax lien cases) and Housing Court (for when evictions or landlord-tenant disputes are litigated) are at separate locations in Boston, and housing issues are actually heard in the District Court in Medford.

The location of the District Court has never stopped grating on Cambridge. It’s best accessible by car, and public transit is basically limited to taking the MBTA orange line to Medford’s Wellington station and walking a confusing and somewhat treacherous 16-minute path to 4040 Mystic Valley Parkway.

It’s a drag on police, too, because “out-of-Cambridge criminal cases, hearings, testimonies and offender transports can result in officers being removed from the city for extended periods,” said Jeremy Warnick, director of communications and media relations for Cambridge police. “Having a District Court in close proximity would be welcomed by the Cambridge Police Department.”

City councillors passed an order Feb. 12 asking that Housing Court be sited back in Cambridge, with lead sponsor Dennis Carlone noting that in January alone, there were 73 eviction cases filed in the District Court in which 30 were defaults by tenants who could not make it to their hearing, becoming subject to eviction with two days’ notice. “The notion is to put it back where the higher population is. Forty percent don’t even show up, and part of it is that they can’t get there easily,” Carlone said.

Councillor E. Denise Simmons said she planned to duplicate Carlone’s order, except for the domestic violence court session – but instead wrote an order (co-sponsored by Carlone and councillors Alanna Mallon and Tim Toomey) to go on record showing support to “expedite the relocation” of the entire court back to Cambridge.

“It’s not just the Housing Court that’s out of the way and difficult for many residents to get to,” Simmons said Feb. 12. “There are some folks in the court system saying court records show domestic violence cases are down – well, they’re down because you have to take a bus, a train and an alpaca to get to the court. It is a deterrent to women in particular to get to these out-of-the-way places.”

The order wants the court returned before 2020.

It’s not clear where a whole district court would go either as prioritized per the council order or as a part of a formal part of the Trial Court’s capital plan.

The state offered to sell the East Cambridge courthouse – 595,000 square feet of space on 1.37 acres – to other state agencies and to Cambridge itself in 2011, but all passed on the opportunity. The city manager at the time, Robert W. Healy, told the council that it was best to see the courthouse “imploded.”

Though there is room in Alewife, the city has already been frustrated in its hopes of putting a Department of Public Works depot and fire department training facility there.

The 50,000-square-foot, multistory Foundry building in East Cambridge might have once been considered as a puzzle piece in finding room for a court, but is so far along in its second process of becoming a community center that putting it in play might be politically unfeasible.

And the most likely possibility can’t be rushed, because it’s part of the state’s plan. 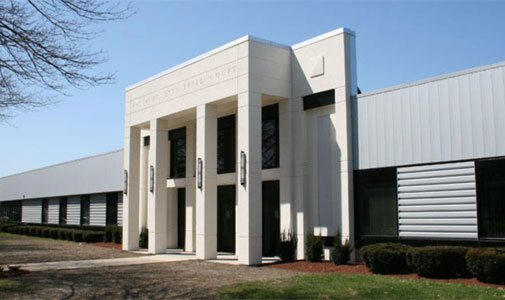 Cambridge District Court has been at 4040 Mystic Valley Parkway, Medford, since 2009.

In the state plan, a Lowell Superior Court is scheduled to open as soon as the fall of 2019, which would decrease the footprint of the probate court in Cambridge enough that Cambridge District Court could come back, taking up residence in East Cambridge within easy walking distance of the MBTA’s green line Lechmere stop.

Cambridge probate’s materials would stay, and the juvenile court might also “stay in Cambridge, at least until the next phase comes,” Sullivan said.

But where would the Southern Middlesex facility be built? What goes in it would be determined by its location, and though there hasn’t yet been a formal request for proposals by the state, “there’s some talk it could be in Malden, there’s some talk it could be in Somerville,” Sullivan said. “It could be conceivably anywhere in the southern end of the district,” affecting the Superior Court, probate, juvenile, housing and probably a district court.

“If it gets put in Somerville, just over the Cambridge line, there’s probably little to no impact in terms of access. But if it ends up significantly away from Cambridge, that’s a different story.” Sullivan said. “The question for Cambridge is: Do they want it?”

State buildings do not pay property taxes, meaning the city could be giving up square footage that pays into its tax base. And Sullivan notes that when the Superior Court and his office were being relocated, “we tried to get people in Cambridge to bid for it, and no one was looking to bid for us.” Based on word from the state’s Division of Capital Asset Management and Maintenance, Cambridge’s offer would have cost the state another $20 million, he said. Woburn won the location.

Aside from convenience, the benefits would be to local retail and restaurants visited by lawyers and others who need to be at court. An official at City Hall in Medford said that city has never made a real study of the court’s economic impact.

A representative of Cambridge’s city manager didn’t respond this week to questions about whether the city plans to bid to host a regional court facility, though that decision could be affected by what the council votes Monday.

Somerville, however, is all in.

“The city has proposed to the state that the current Somerville District Court location would be an ideal location for a full-service district court and that our community would be happy to have the court here,” said Denise Taylor, director of communications and community engagement for the City of Somerville.

It’s close to the Orange line – “the only MBTA line that connects to every other line,” Taylor said – and is convenient to Interstate 93 and Route 28, as well as centered in a high-population area.

The Trial Court plan also notes that the T runs between Cambridge and Somerville “every seven minutes,” though that’s more a technical truth than a practical reality, resident and lawyer Heather Hoffman told the council Feb. 12.