Just how ‘fresh’ is that fenced-in pond providing our municipal water supply? 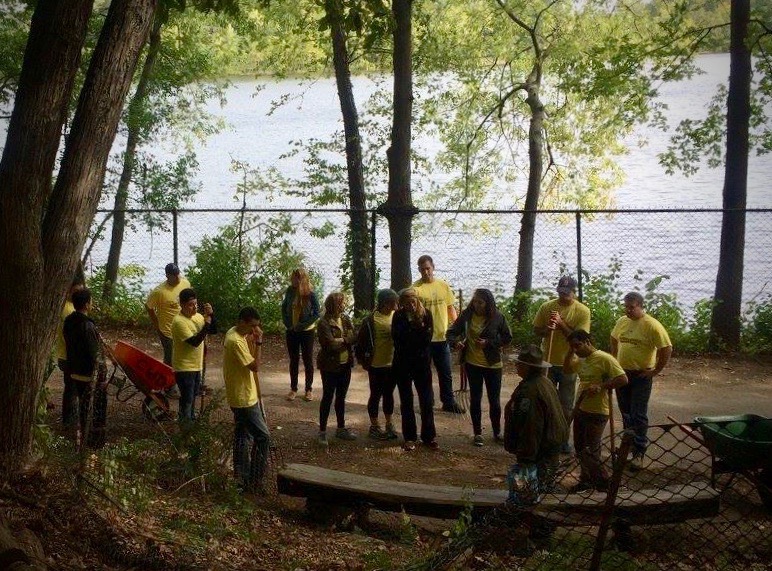 Just how ‘fresh’ is that fenced-in pond providing our municipal water supply?

Spurred by a late order last week by city councillors Craig Kelley and Jan Devereux, enviroloonies will show in force at a License Commission hearing Wednesday. The councillors have put out the alarm for a proposed auto showroom to be built on Fresh Pond Parkway because of the requested accommodation for two fuel storage tanks. The tanks are only a replacement for those in a structure destroyed years ago and unremarkable by themselves – but now word’s out that they pose a serious threat to our water supply.

Update on March 14, 2018: The hearing was canceled because of a winter storm.

That hoss fled the bahn years ago. The whole kerfuffle is a diversion from the truth: Cambridge has long had the most vulnerable water supply in Eastern Massachusetts, and our city should have switched permanently to Massachusetts Water Resources Authority water instead of spending to rebuild the Fresh Pond facility. Environmentalists’ concerns about climate change, a low-lying flood plain, hundred-year storms, etc., aren’t future risks, those problems are here already. And it’s time to act.

Three inches of standing rainfall in front of the shopping plaza ends up in your drinking water supply. There’s nowhere else for it to go. Last month the council took a long look at the heavily polluted Jerry’s Pond – you think the groundwater’s really safe around there? We’ve got an expensive, complex treatment facility needed to deal with raw water from a totally urbanized upstream reservoir system nobody else wants. The city masks the true costs of increased buffer zones around the source by stealing valuable Community Preservation Act funds to buy swampland in Lincoln and neighboring towns.

We’re the only town inside Route 128 not using MWRA water. Inside 495, those few not on the system regret their non-connectivity. Waltham, where our water originates, even uses it! Cambridge’s water is subjected to Route 128 traffic, local sewage hazards and an occasional vehicle dunk. You can drive eight miles west from our City Hall, get out and spit in our drinking water.

MWRA water originates at the heavily protected Quabbin Reservation midstate and flows downhill to all of Greater Boston with minimal treatment and no need for pumps. Quabbin’s got plenty of surplus for years to come. Conversely, the Cambridge system employs huge finished water pumps – the biggest energy hogs in the city – to pump uphill backward to Belmont. We’re paying for gravity!

That is, if there’s any water to pump. Anybody remember 2016, when we actually ran out of water? No problem – MWRA to the rescue! City officials’ insistence that we’ve got a proud independent water system is just plain hollow. We used Quabbin water for years while our Fresh Pond facility was rebuilt without complaint.

I once brought an old faucet stem to Watertown Supply – that’s where your plumber gets hard-to-find parts – hoping for a replacement. I hadn’t said a word, yet the counterman quipped “Cambridge, huh.” Everybody else has better bubbly from a superior source.

So here’s my challenge to you lapel-button environmentalists: Get the big picture. Think outside the box. Recognize hazards that aren’t just potential or imminent, but here today. Our expanding Alewife area isn’t a proper place for drinking water, and a permanent switchover to safer MWRA water is the way to go.

Gary Mello is a Central Square pharmacist, landlord and real estate broker with degrees in engineering.