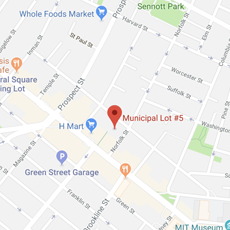 Police are investigating an apparent firing of a weapon at 2:30 a.m. Wednesday at Norfolk Street and Bishop Allen Drive in The Port neighborhood, where they went after an alert from ShotSpotter technology, which listens for gunshots in the city. A shell casing was found in municipal Parking Lot No. 5, but no victims.

Sound familiar? Police responded to Norfolk Street and Bishop Allen Drive at around 2:45 a.m. a week ago after 911 calls and an alert from ShotSpotter technology, finding seven shell casings outside 47 Bishop Allen Drive but no victims.

It’s the fourth such incidents in three months in the neighborhood. Before the Wednesday gunshot reports,the most recent such incident was April 16. After a report of multiple gunshots at 1:38 a.m., police officers canvassed the area and found three shell casings outside 106-108 Columbia St., a residential area by a minimart about a block from the Wednesday shots. There were no reported victims, said Jeremy Warnick, director of communications and media relations for Cambridge police, and no witnesses.

A similar incident came March 31, when gunshots were reported at approximately 4:06 a.m. at School and Cherry streets – again, only about a block away – and police found shell casings but no victims.