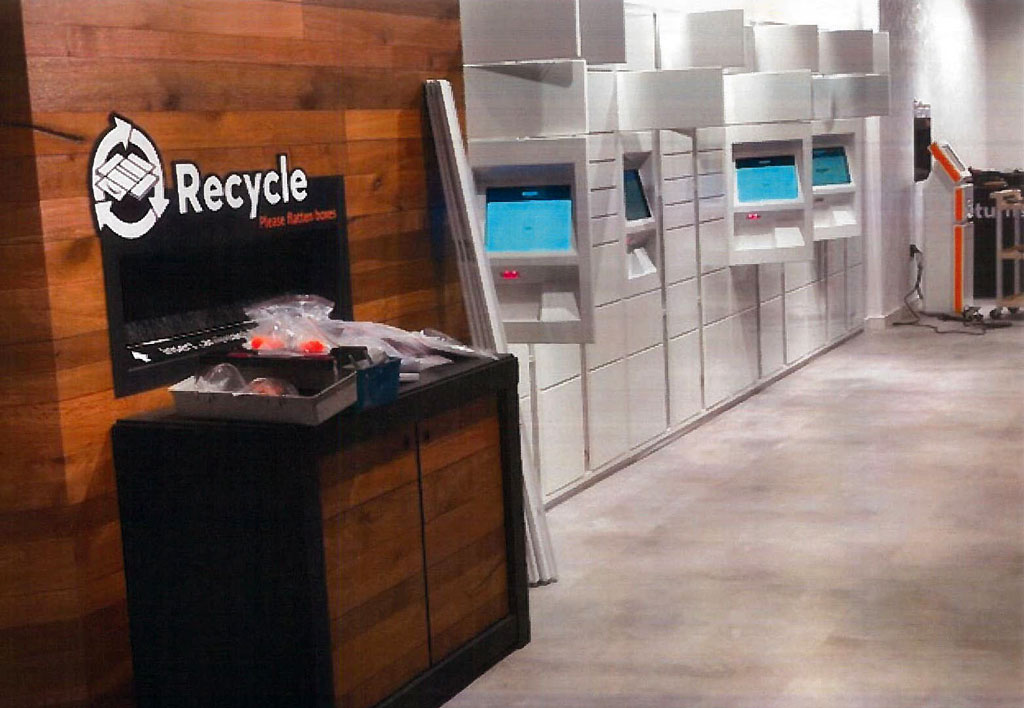 Amazon has completed much of a $480,000 interior renovation in a Central Square retail space, but hasn’t been able to use it. (Photo: Inspectional Services Department)

Amazon cannot open its planned “Amazon Campus” store in Central Square without a formula business special permit from the Planning Board, the Inspectional Services Department has ruled. And the online retail giant has so far been silent on whether it will seek one.

The proposed Amazon Pickup Points store, intended as a location to pick up items ordered online, is at 624 Massachusetts Ave., also known as One Central Square – a long-vacant space in the Holmes Building at Prospect Street and Massachusetts Avenue. Amazon has been seeking a certificate of occupancy – necessary to open – since January.

This is the first test of the “formula business” zoning rules enacted for Central Square last year, and which the city’s Law Department suggested was unenforceable: “the proposed sections of [zoning] may be impermissible if they serve to inhibit business competition or are used to regulate business ownership or operation for an otherwise permitted use,” City Solicitor Nancy E. Glowa wrote Jan. 30, 2017.

Glowa’s memo quoted from Cumberland Farms v. Jacob, a 2015 Land Court case that struck down Wellfleet’s formula business ordinance because “there was no evidence … that formula businesses had more or different adverse impacts than similar non-formula businesses, and that no studies were conducted of such impacts prior to the bylaw’s adoption.”

The court’s question in the Wellfleet case:

“The question thus becomes: Does a store, simply because it is one of 25 or more with the same name and/or sales format, ‘use’ land differently (or, put another way, have materially different use-related impacts) than a store that is not? If so, how?” 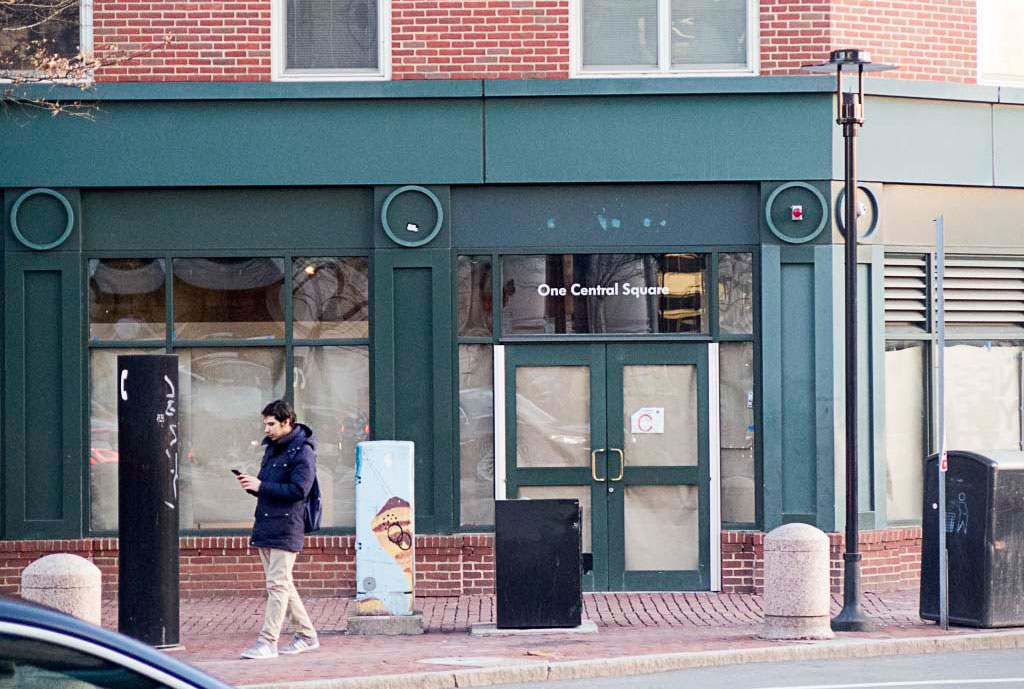 The exterior of the store at Prospect Street and Massachusetts Avenue has yet to be updated. (Photo: John Hawkinson)

Amazon applied for a building permit for interior fit-out of the space in July, receiving the permit at the end of September. It completed most of the $480,000 renovation by January and sought a certificate of occupancy.

“Based on what we see in the store, there are colors and signs that are visible from outside and it triggers two of three criteria set forth in [the] formula business definition,” Building Commissioner Ranjit Singanayagam wrote Jan. 12. “Inspectional Services Department will not be able to issue an occupancy permit. You will need [a] special permit from the Cambridge Planning Board.”

Amazon retained local permitting attorney James J. Rafferty, who spent the next two months battling the city – mostly waiting for the city to respond to his letters.

On Feb. 5, Rafferty wrote the city disputing that color triggered the ordinance, and saying it was “questionable whether any of the three criteria that are evaluated in determining whether a Special Permit is required are applicable.”

Two weeks later, on in a follow-up letter Feb. 20, Rafferty stressed “the premises does not contain ‘standardized building architecture including but not limited to façade design and signage’ and does not contain a ‘standardized color scheme used throughout the exterior of the establishment including color assigned with signs and logos.’” He cited Amazon’s proposed signage.

On April 12, Singanayagam, supported by the city’s lawyers, formally rejected Amazon’s request for the certificate of occupancy: “The proposed use of the premises meets the definition of a formula business. … My determination is based upon an inspection in which it was noted that there are signs in corporate colors and which include a service mark or logo, insignia, design or symbol of Amazon’s inside the premises which are visible from the outside.”

“I disagree with your assertion that the color scheme, service mark or logo associated with the signs that are visible from the outside the premises do not fall within the ordinance’s definition,” Singanayagam wrote. “The Amazon service mark or logo, letters, words, insignia and/or representations … are in the nature of advertisement, announcement or direction and which are designed to be seen from the outside of a building fall squarely within the third characteristic of a formula business set forth in the ordinance.”

Amazon had 30 days to appeal the city’s determination. The appeal period expired Monday, and no appeal has yet been filed.

Amazon did not respond to a request for comment.

Since the passage of the Central Square zoning, similar formula business restrictions have been proposed for Harvard Square. The zoning petition suggesting them, proposed by resident Peter B. Kroon, expired last year and has not been resubmitted to the City Council. City departments gave similar negative feedback on its language.