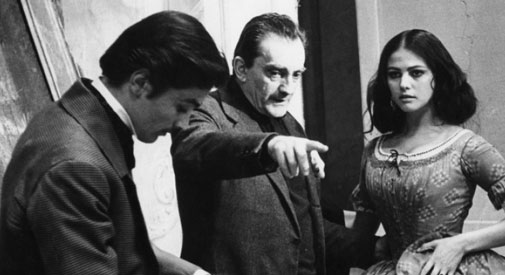 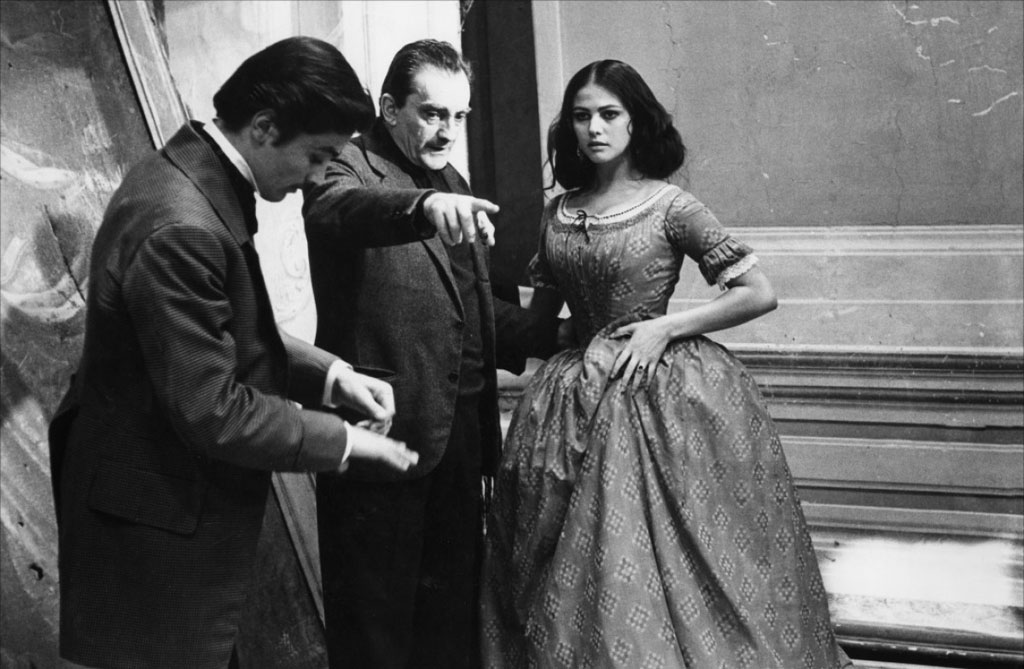 It’s hard to know where to begin when discussing the complex career and legacy of Italian filmmaker Luchino Visconti. The tags “aristocrat,” “prolific chain smoker,” “Marxist” and “neorealist auteur who inspired Scorsese, studied under Renoir and drew the talents of such international stars as Marcello Mastroianni, Burt Lancaster, Claudia Cardinale and Alain Delon” only scratches the surface. The Harvard Film Archive lays it all out for us cinematically with “The Complete Visconti,” beginning Friday with “The Leopard” (1963), the director’s sweeping epic about the unification of Italy starring Lancaster, Delon and Cardinale, and concludes with “Ludwig” (1972), a plumbing of the “mad king” of Bavaria, on July 15.

The program, aptly subtitled “Architect of Neorealism,” is part of the recently established “complete” retrospectives, founded in part by longtime HFA programmer David Pendleton, who passed away last year after a long struggle with cancer. (Last year’s focus was “The Complete Renoir”).

Visconti, who was born a noble – the son of a duke – and lived in an ancestral palazzo, gravitated toward stage and opera before turning to film, producing with the great Maria Callas and fellow opera/film director, Franco Zeffirelli (one of his longtime lovers). Like contemporary filmmaker Pier Paolo Pasolini, Visconti was reared in a deeply religious family and, after becoming disillusioned with the Italian government during Mussolini’s reign, joined the Communist party. Many of Visconti’s films, including “The Leopard,” “The Damned” (1969) and “L’innocente” (1976) were wrapped in history-changing periods when themes of class and entitlement took center stage amid shifting political landscapes.

Visconti’s eclectic palette was not limited to period or historical fare. Reaching for something different, Visconti adapted Albert Camus’ absurdist “The Stranger” (1967) casting Mastroianni as the tortured murderer/protagonist, but had to work under strict guidelines imposed by Camus’ widow (it plays the HFA on June 3). Another grabbing adaptation was Visconti’s first film, “Obsession” (1943), based on James M. Cain’s novel of a salacious affair and murder, “The Postman Always Rings Twice” (a book allegedly given to Visconti by Renoir on the set of “A Day in the Country”) that Visconti ingeniously leveraged to take aim at the fascist regime – proving more political and resonant than its 1945 noir successor starring Lana Turner or the infamously miscued 1981 remake with Jessica Lange and Jack Nicholson. (“Obsession” plays June 17.)

One of the big draws of the program is Visconti’s 1960 debatable magnum opus (it or “The Leopard”), “Rocco and his Brothers,” about displaced siblings seeking a station in life, one of whom (Delon) becomes a prize fighter. Brotherly bonds are further complicated by a woman who comes between two of them. The film also stars the striking Cardinale and plays June 15 and 24. On a more personal level, and echoing (pre-echoing) last year’s “Call Me by Your Name” is Visconti’s 1971 adaptation of the Thomas Mann novel “A Death in Venice,” about a composer obsessed with a young teen. It plays July 1 and 13.

Visconti, who allegedly smoked 120 cigarettes a day, died a year after Pasolini (murdered) in 1976 (stroke). “Obsession” became the cornerstone of the Italian Neorealism movement (eschewing sets and stage and shooting politically aimed material in natural locations) that included such notable talents as Rossellini, Antonioni, De Sica and Fellini. Scorsese, a professed admirer of “The Leopard,” clearly borrows much of the beautifully choreographed scenes of mob revolt early in the film for his 2002 saga of American tribalism, “Gangs of New York.”

Nearly all of Visconti’s features and shorts play as part of the program. For tickets and more details, go to the HFA’s website.