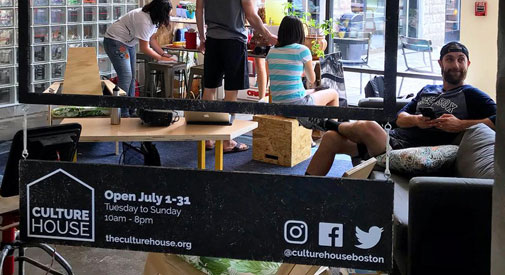 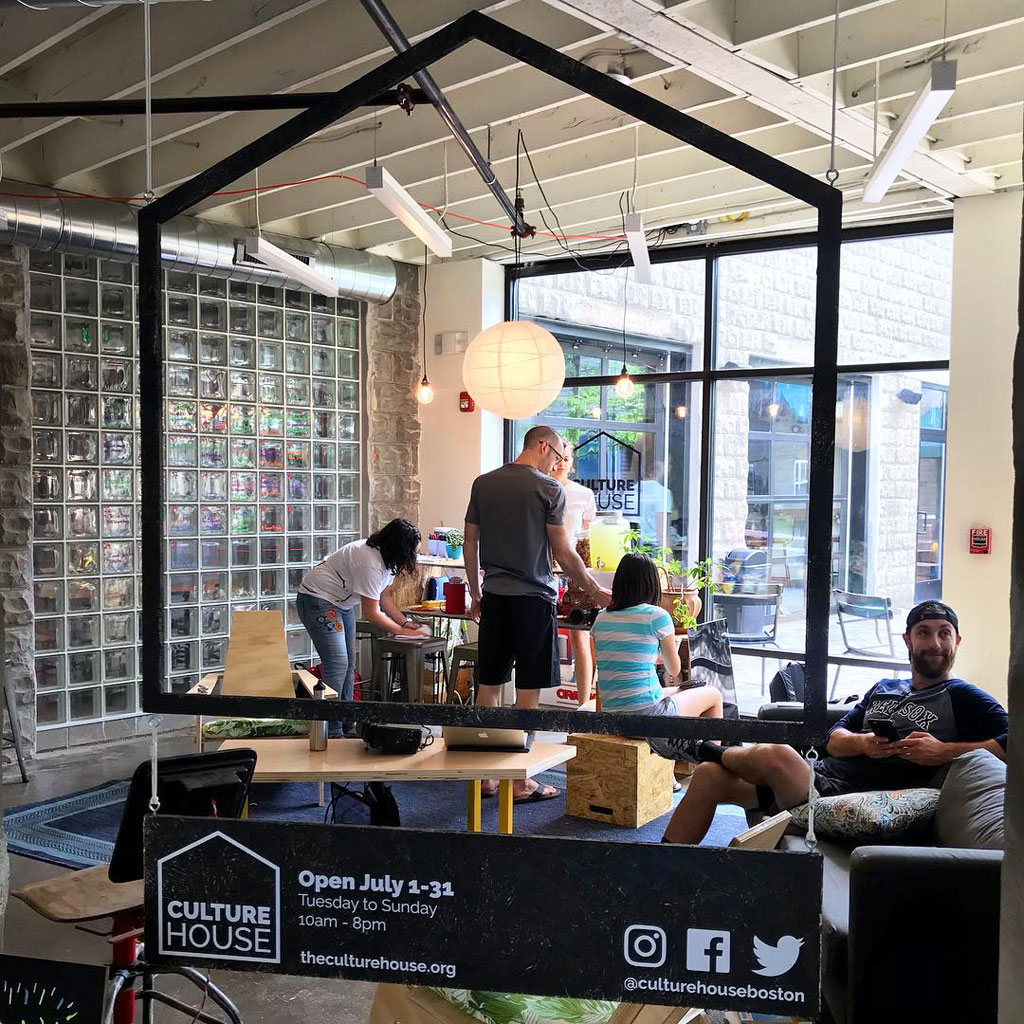 CultureHouse, based on an idea out of Denmark, is open at Bow Market in Union Square through July.

Though the “living room for the community” or “indoor public park” known as CultureHouse was intended to be only a one-month pop-up, overwhelming public response has encouraged a founder to promise it will reopen soon.

“We had opened this pop-up as an experiment [and] didn’t know whether it would work out,” director Aaron Greiner said at a Thursday meeting focused on empty retail spaces. “But given the overwhelming response we’ve gotten already, we are planning to open again. We don’t know when exactly.”

The current CultureHouse, based on an idea out of Denmark, is open at Bow Market in Union Square. The small group behind it, funded with grant money from Boston’s Forest Foundation, still plans to shut down at the end of July to examine its carefully kept demographic data – who came, when and for what – and produce an open-source manual that will allow anyone to create a CultureHouse in their own community.

But after “we get that time to reflect,” Greiner said, “given that we’ve gotten such good response, it is now our plan to open up again. And we hope it will be soon.”

The space is open 10 a.m. to 8 p.m. Tuesdays through Sundays for unprogrammed time – in which people can come hang out, use swings and trampolines or work, taking advantage of free tables, coffee and tea – as well as programmed events such as trivia contests, pingpong tournaments and World Cup viewing parties. Greiner said it was “amazing” to see how people of all ages came to use the space, and found “people are immensely grateful to have space where they don’t have to pay to enter.”

The concept can fight Americans’ tendency to hunker down at home and abandon public spaces whenever the weather isn’t a motivator to getting outdoors, and Greiner said CultureHouse also is getting credit for encouraging people (specifically shoppers) to experience the new Bow Market shops and eateries in a more leisurely way. The news was welcomed at the Thursday meeting hosted by the Porter Square Neighbors Association and Lesley University, where residents and officials grappled with how to deal with the changing nature of retail.

In addition to Greiner, the meeting heard from Ellen Shakespear, co-founder of an arts pop-up concept called Spaceus that was born out of the Massachusetts Institute of Technology to fill vacant storefronts in other creative ways, including with exhibits that go beyond just filling windows with something to look at while passing by. Spaceus expects to have pop-ups open in Cambridge in the fall.