A Better Cambridge filed to become a PAC; violation at council elections ‘unintentional’ 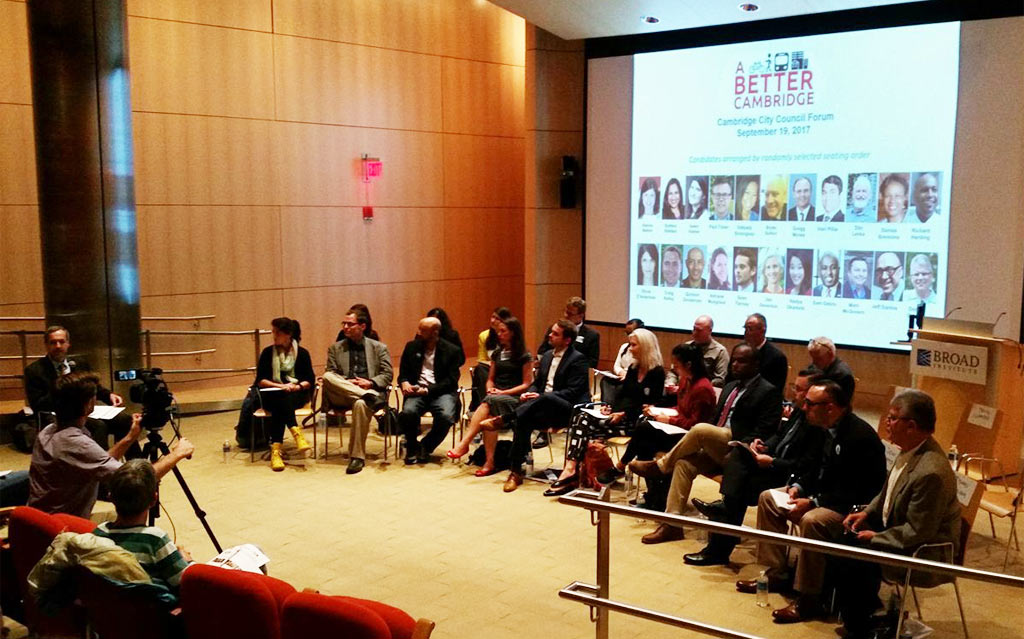 A Better Cambridge filed to become a PAC; violation at council elections ‘unintentional’

This summer was momentous for the group A Better Cambridge not just because its chairman moved to Jamaica Plain: In June, it also formed a political action committee.

Though started in 2012, it wasn’t until this May that A Better Cambridge filed with the state’s Office of Campaign & Political Finance to be recognized as a PAC, the result of a complaint filed with the state, according to a July 13 letter wrapping up the issue by the campaign finance watchdog. The formal organization was on  June 12 – along with the step of making good on excess contributions received in the previous year by sending half to a charity and the other $740 to the state for the cost of the review.

A Better Cambridge became active in city elections in the summer and fall of 2017, when its “website and Facebook page prominently featured selected candidates endorsed by ABC, and ABC provided in-kind contributions to candidates in the form of food, photos and printing at certain events featuring those candidates,” according to the agency’s letter, signed by director Michael Sullivan. “On their 2017 year-end reports, three Cambridge city council candidates reported in-kind contributions from ABC.”

“We have concluded that ABC was acting as a PAC within the meaning of the campaign finance law when it solicited, received and expended funds for the purpose of influencing the 2017 Cambridge city election,” but without having filed, the group’s work didn’t follow campaign finance law, according to the letter to chairman Jesse Kanson-Benanav.

“Based upon our conversations with you and other ABC volunteers, we believe that ABC’s lack of compliance was unintentional and the result of a misunderstanding of the campaign finance law,” the letter says. “Because we believe that the guidance provided as a result of this review will ensure future compliance with the campaign finance law, no further action is required and this matter may be closed.”

The agency cautioned ABC to “be careful in the future” to keep political fundraising separate from its other work – and recommended “strongly” that the now dual groups attend an OCPF educational seminar.