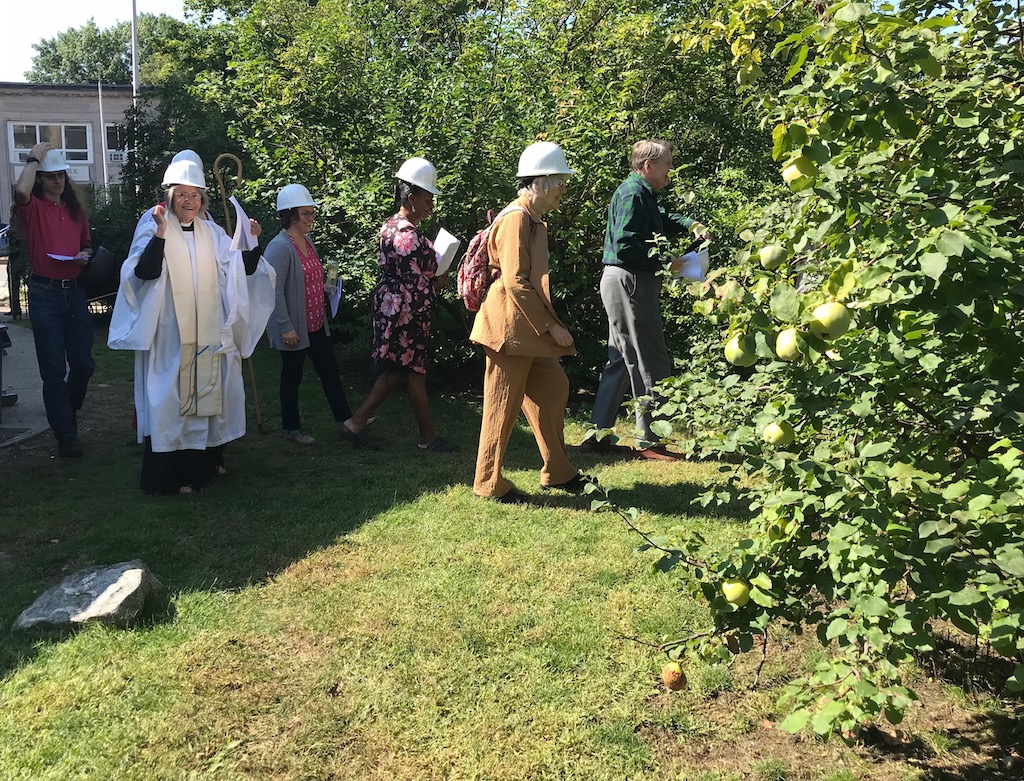 A $14 million apartment project begun a decade ago had a ceremonial groundbreaking Friday, delayed by lengthy litigation with neighbors who feel the four-story, 46 unit-construction will change the nature of the neighborhood and overshadow the lovely St. James’s Episcopal Church, increase traffic and cost too much of a historical green space open to the public in concrete-heavy Porter Square.

But from the perspective of the church, a development partner, the project also provides much-needed housing to the community, including five affordable units, and provides an endowment that has already paid for restoration in the historical 1871 structure, as well as ongoing missions – including help for the neighborhood’s homeless.

It took “long patience and a positively biblical hope,” said the Rev. Holly Lyman Antolini, whose retirement this year means her full term as rector was taken up with seeing the project to this point; she was approached by Oaktree Development, which owned the defunct car wash next door but hoped to build bigger than that lot would allow, only four days after arriving. While the endowment will keep the church thriving, she said the work to see construction happen had already “forged us into an indomitable community.” 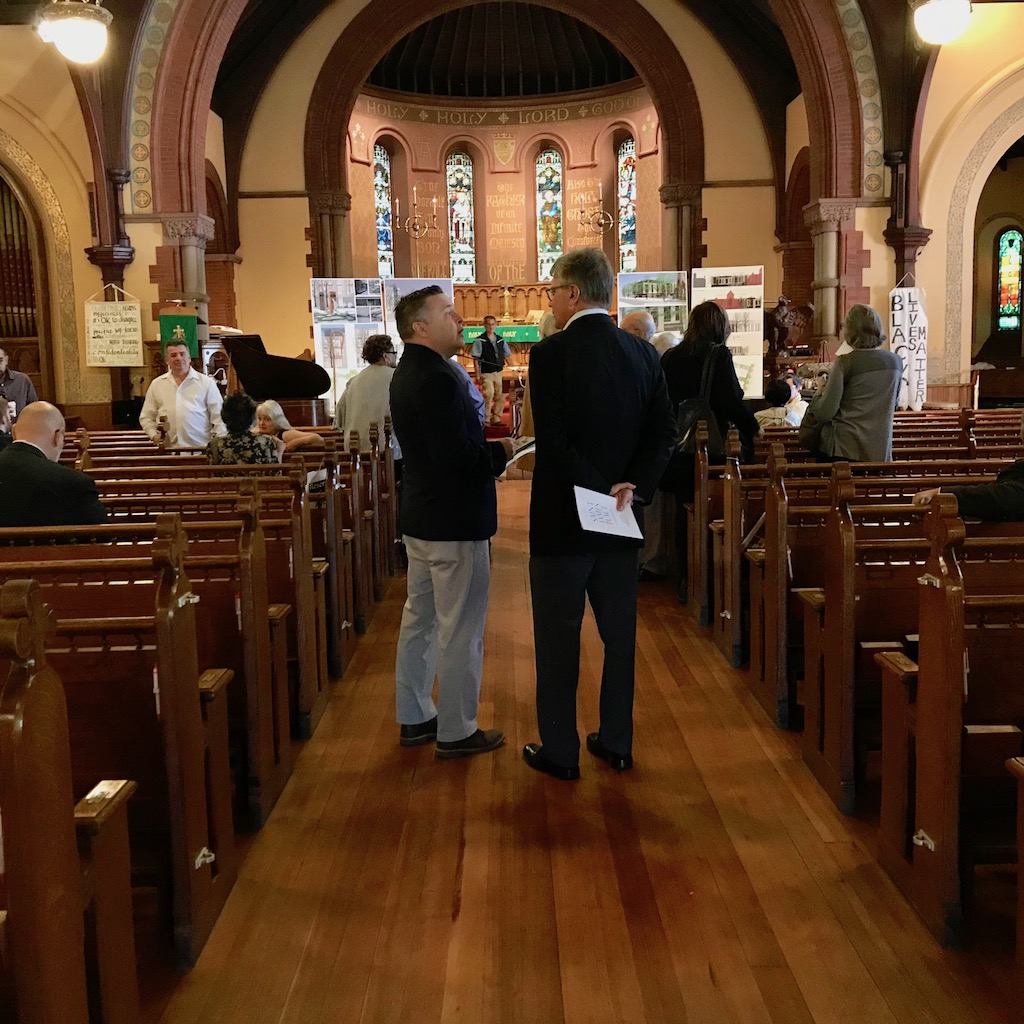 “It really is a win all around,” said Mayor Marc McGovern, a speaker at a ceremony that included prayer and song in addition to the standard photo-op of developers and elected officials with shovels. “Maybe there will be a little more traffic. Maybe people’s gardens won’t get as much light as they once did. [And] I know folks who said, ‘It’s only five affordable units.’ Well, I met a mom yesterday who was facing eviction with her 3-month-old child and living in her car. She only needs one unit.”

The age of the project, drawn out by multiple lawsuits and a landmarking process instigated by neighbors, was actually one issue with opponents who felt renewed zoning and historical permits were demanded, as well as to conform to new affordability standards, with its 11.5 percent of affordable units jumping to current requirements of 20 percent. But the city’s Planning Board voted to find “good cause” for Oaktree’s failure to start construction with a reauthorized 2011 special permit, and the project got its building permit in August.

While one neighbor felt the legal issues “may not be all over,” Oaktree’s Gwendolen G. Noyes was firm in saying of the disputes: “It’s done. It’s been through every possible permutation.” 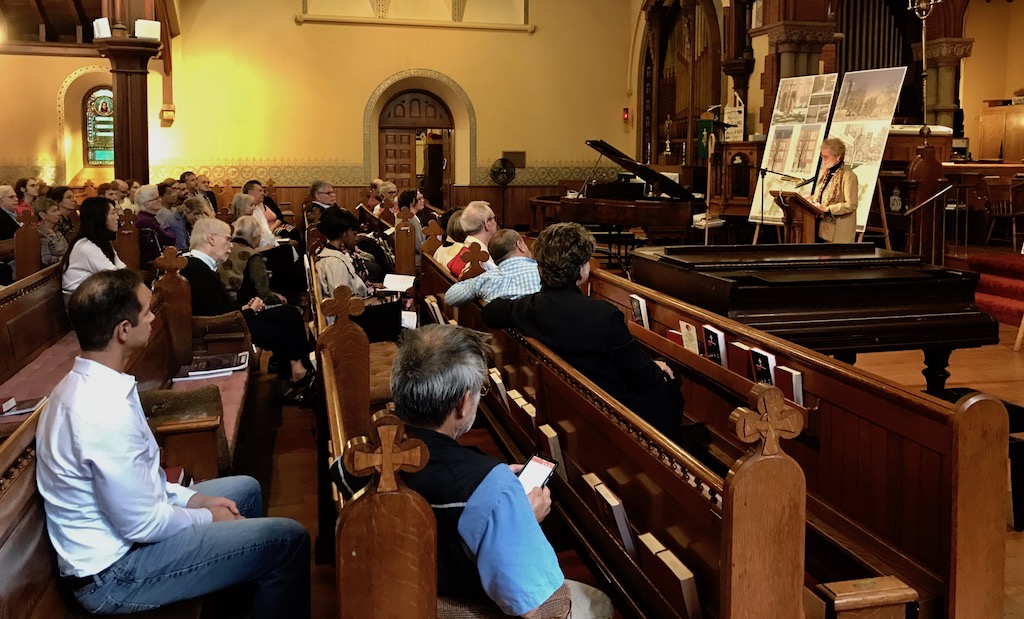 Demolition is due in October and construction should take 18 months, with no scheduled break for winter weather for Nauset Construction; units are expected to open to tenants in summer 2020, said Phil Terzis, vice president of development for Oaktree and its wing for this project, Acorn Holdings. (As a sign of Oaktree’s interest in seeing the project finally done, Noyes conjectured demolition might start “within hours” of the groundbreaking ceremony, before calling Terzis over for a more definitive answer.)

Councillor Dennis Carlone, an urban planner who consulted with the church’s neighbors, said the project wasn’t perfect, but was “in balance” and had a rare combination of religious, housing, retail and community services that “knits the city together.”

Even Antolini admitted the project had its costs, though, and lamented the loss of much of the historic Nolen’s Knights Garden, including shrubs and mature trees and the wildlife that visited, as well as an 1881 parish house the congregation used “like a comfortable, old sweater you’ve been pulling on for years despite how tattered and unpresentable it’s become.”

“When you finally have to let it go, there’s an ache,” she said.