‘A Star Is Born’: Palpable and often painful, this remake makes an old story new again 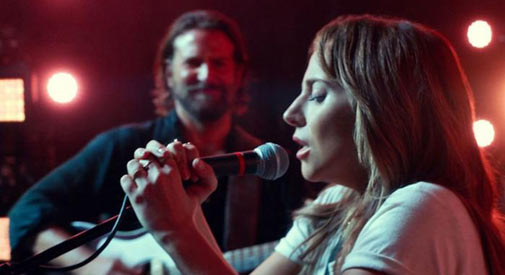 ‘A Star Is Born’: Palpable and often painful, this remake makes an old story new again

After re-seeing the 1976 version of “A Star Is Born” with Kris Kristofferson and Barbara Streisand – a film that barely worked – I walked into this one thinking, “How could this possibly be any better?” I mean, Kristofferson and Streisand were musicians by trade, and Bradley Cooper, while being a likable thespian with a pleasing mug, was going to croon a tune, strum guitar and direct for the first time too? I feared a vanity project or worse, but prejudgment is best saved for Big Macs, presidential tweets and bottom-shelf tequila, not art. 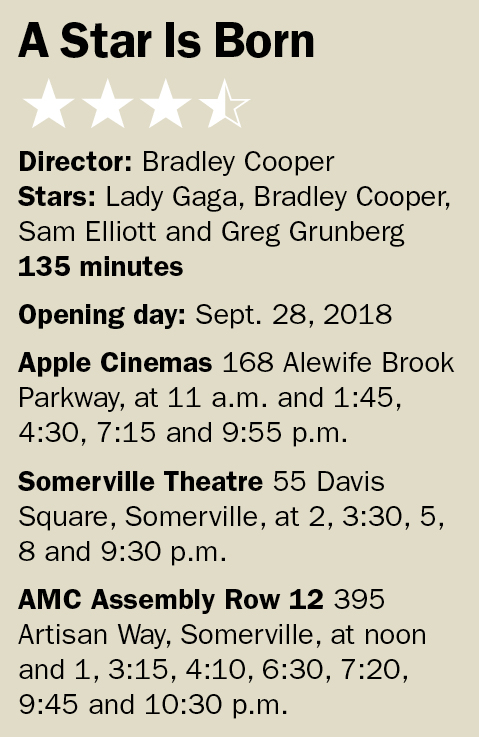 Lack of chemistry pulled the Kristofferson-Streisand project down to near camp. Nothing clicked between the two charismatic leads – not on stage, not at the piano, not in the studio and not in the bedroom. Who would ever buy a prog-rock, Iggy Pop kind of growler get jazzed up about a Broadway-tunes crooning chanteuse, or vice versa? Here, Cooper coupling with pop diva Lady Gaga nails it by coming at it straight from the heart as Jackson Maine, a country superstar in the mold of Keith Urban who can play a mean guitar. He also loves the bottle – perhaps more than his music – which is what leads him to a late-night watering hole after a podunk show. It’s there at a drag review that Gaga’s Ally, adorned with Divine-etched eyebrows, belts out “La Vie en Rose” with such poise, power and control that Edith Piaf might just give up the mic. Jackson takes notice, they go to another bar, he drinks enough to make a small village comatose and she punches out an angry fan to defend his honor. One’s clearly on the way up, the other’s wallowing in self-loathing, and the two get each other completely.

Like any good romance, the night doesn’t end between the sheets, but in a parking lot with her hand strapped to a bag of frozen peas. And yes, they do sing at each other a bit – just a tiny, perfect bit. The next day Jackson’s on a plane and onto the next city and show, but he sends for Ally, who reluctantly hops a Learjet and even more reluctantly lets him drag her out on stage to sing that little parking lot ditty – a neat country crossover. From the 1932, ’37, ’54 and ’76 versions of the success-cum-tragedy melodrama, based originally on an article by Adela Rogers St. Johns and later retooled by Dorothy Parker (the first three entries were about Hollywood aspirations, not the music biz) you know how the story goes, yet Cooper, also holding a co-writer credit, floats the prospect of redemption and a different resolution.

The first half of the film is a couple’s joyous romantic ramble, shameless, earnest and free. Then her career takes off and his spirals downward. The film makes no excuses for Jackson’s perpetual state of inebriation; he’s never a mean drunk, just a self-destructive one. Through it all – instant fame, public embarrassment and stints in rehab – the pair remain inseparable in their hearts. It’s fantastic work, palpable and often painful. Gaga can act, too, no question, and the chemistry between the two is nothing short of electric. I’m not sure which star is born here: Gaga the actress, willing to make light of her protuberant proboscis, or Cooper the filmmaker.

Rounding out the cast are Andrew Dice Clay serving up a side of Jersey as Ally’s dad and Sam Elliot as Jackson’s much older brother. There’s solid bones in that backstory, and it’s funny when he shows up, because up until that point you’re struggling with who Jackson’s gravelly twang sounds like. It dawned on me about five minutes before Elliot’s Bobby drops in, and it makes perfect sense (they play sibs in a band together way back when). Cooper allegedly spent nearly 20 hours a week for close to a year to get his new voice down. The transformation is almost as daunting as Gaga’s, dressed down and vulnerable.

There’s nothing new here: It’s the same-old, just made intimate and tight by the put-you-in-the-scene handheld camera work by Matthew Libatique and the dewy, starry way the pair look at each other. Jackson at one point drones on about all music being the same 12 chords rearranged; Cooper’s gone and done that behind the camera. Not only has he made something old new again, he’s reinvented it and improved upon it. It’s a passion project that shoots for the stars and is likely to strike Oscar gold.