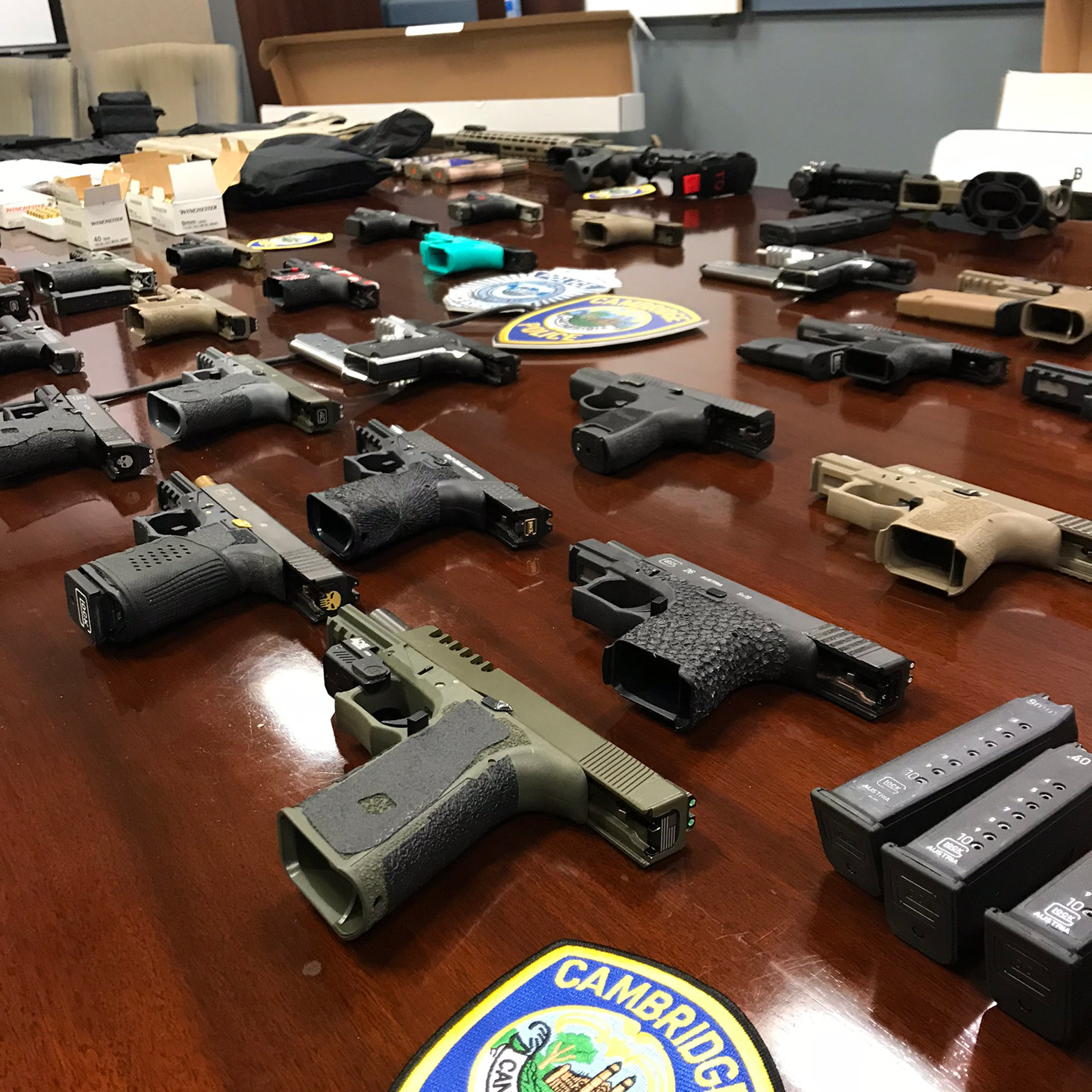 Guns recovered from a Seven Pines Avenue on Tuesday are displayed by Cambridge police.

There is “no reason to believe … at this time” that an attack was being planned by Mathew Devine, 39, the Cambridge resident arrested Tuesday with 28 illegal firearms, as well as gun parts, silencers, ammunition, bulletproof vests, milling machines and other tools recovered after a search warrant was executed at his home at 43 Seven Pines Ave., North Cambridge.

Police said the collection of weaponry could have been “his hobby” at a Wednesday press conference held at the department’s headquarters. There was no history of violence, criminal record or mental instability that officers had found, and “he was not of concern to us” before the weaponry investigation, a deputy superintendent said.

Still, Devine had no license to carry a weapon, and the sheer number of weapons and equipment being delivered to his home was enough to draw the attention of the U.S. Postal Inspection Services in July, when local police were alerted by postal authorities. During the course of an investigation, it was determined that more than 75 packages worth more than $26,000 were delivered to Devine, including a complete AR-15 build kit and a milling machine, with return addresses primarily originating from gun and weapon companies.

The milling kit allows “80 percent” guns to be brought to full use, creating weapon after weapon that would have “no serial number on it [and be] untraceable.” It was the milling machine delivery that really caught the attention of Devine’s mail deliverer, police said.

The deliveries were to “he and he alone,” DiPietro said of Devine.