Months away from recreational marijuana, officials see some positives on business side 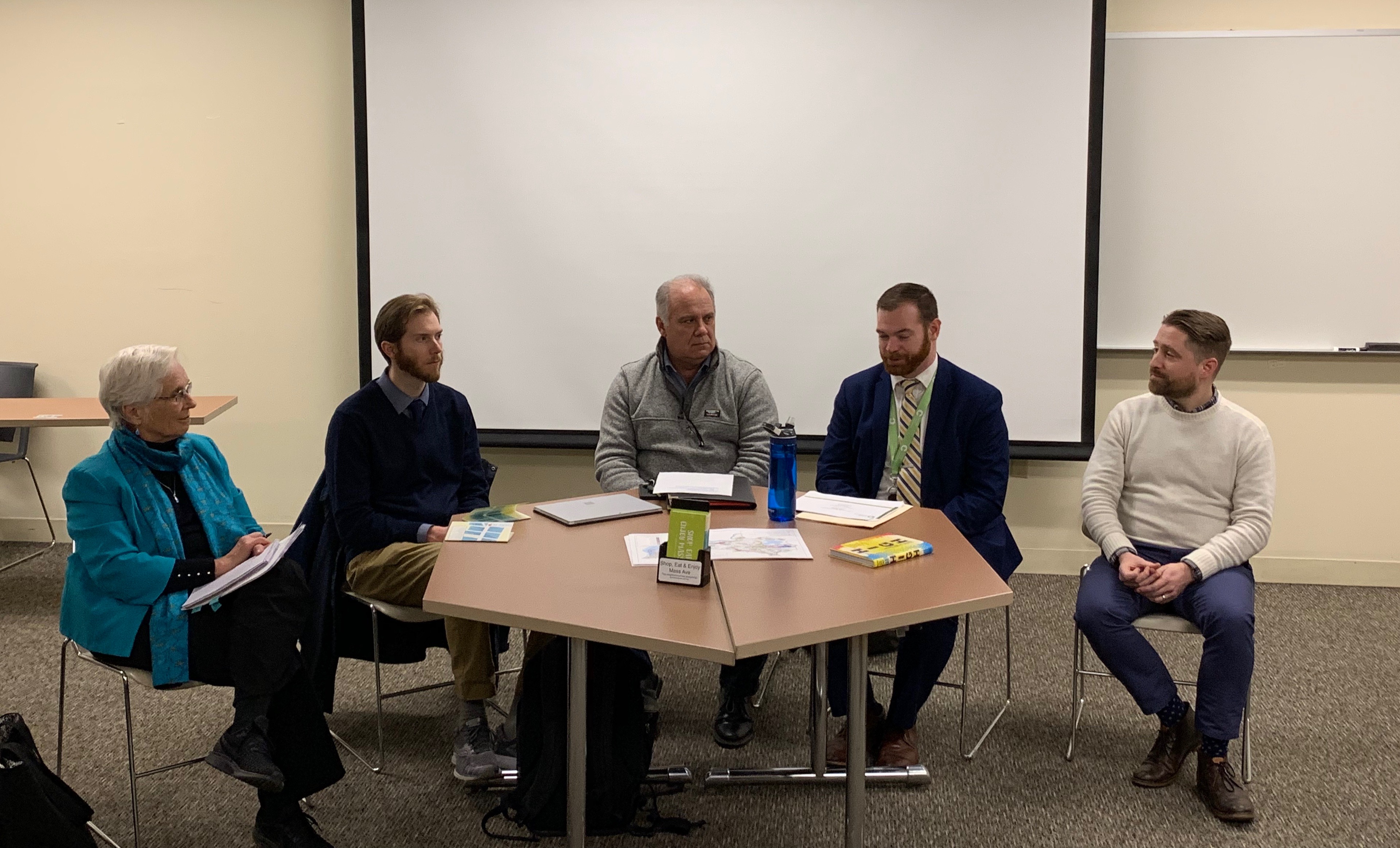 Months away from recreational marijuana, officials see some positives on business side

A recreational marijuana dispensary is likely to open in Cambridge as early as this spring, officials said at a meeting last week in Porter Square where residents learned about the requirements to open one, and how laws about use would be enforced.

Three medical marijuana dispensaries are open and three more have been approved for opening by the Planning Board. But zoning for recreational marijuana shops hasn’t taken effect – a proposed law was ordained Dec. 17 by the City Council for discussion by its Ordinance Committee and by the Planning Board, but neither body has announced meeting dates. (Dennis Carlone, who leads the Ordinance Committee with councillor Craig Kelley, said he hoped the conversation would happen in February, but it was preferable for the Planning Board to meet first.) 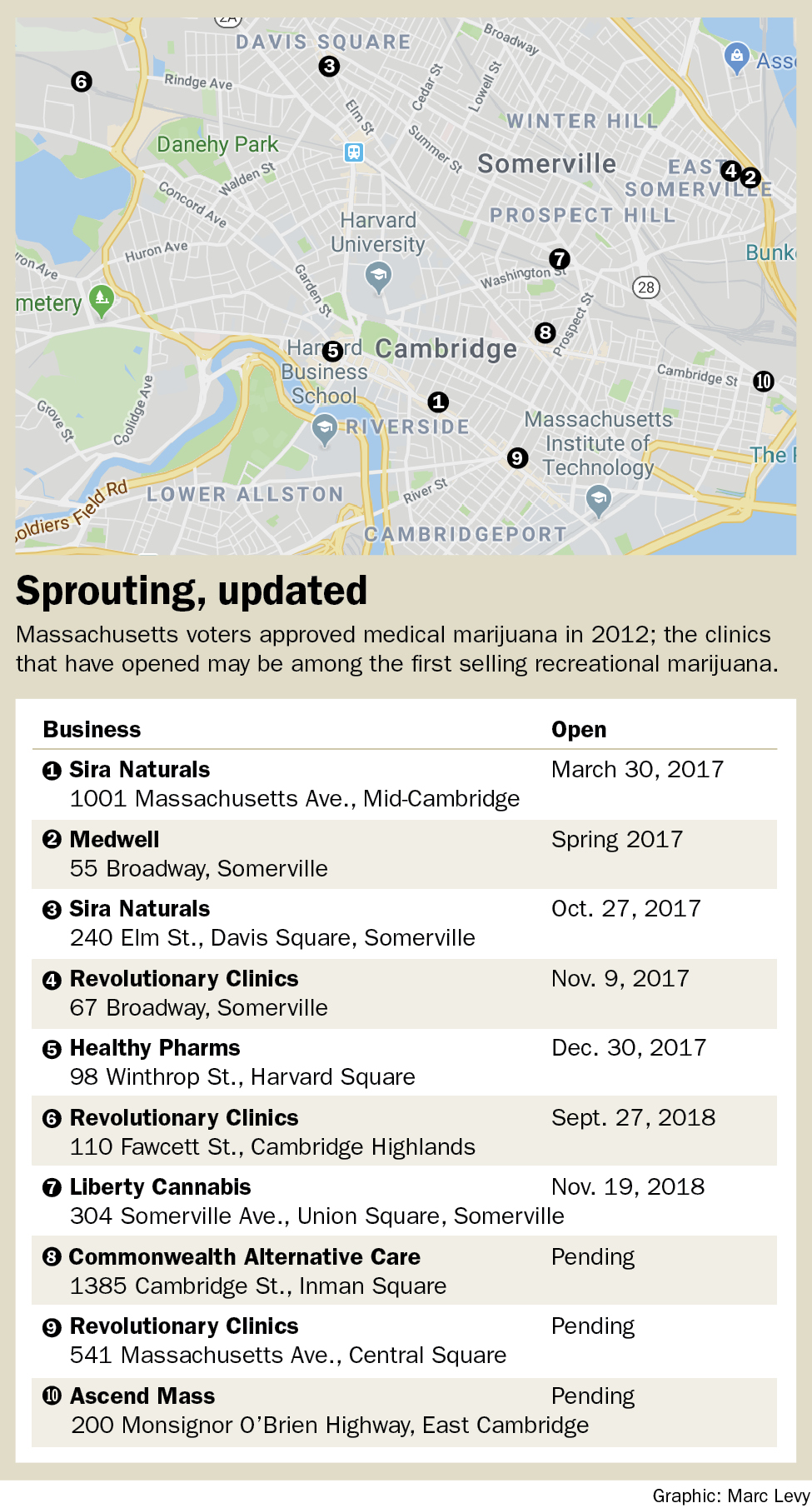 The Jan. 17 event, billed as “Legal Pot: The Status and Possible Effects on All of Us” was organized by the Porter Square Neighbors Association. Panelists were David Lakeman, director of government affairs for the Massachusetts Cannabis Control Commission; state Sen. Pat Jehlen, chairwoman of the Legislature’s Joint Committee on Marijuana Policy; Jeff Roberts, director of zoning and development for the City of Cambridge; and Sgt. Lou Cherubino, of the Cambridge Police Department. Jeff Byrnes, a Somerville member of the association, moderated.

There was concern from the opening of the first recreational marijuana dispensary, Cultivate in the Central Massachusetts town of Leicester, which tied up traffic Nov. 20 and caused community anxiety, making front page news. But as one of only two marijuana retailers on the East Coast at the time, it drew customers from as far away as New Jersey, Leicester Town Administrator David Genereux was quoted as saying in the Worcester Business Journal. (The two dozen residents at the meeting were told incorrectly additional traffic was generated by a Walmart Supercenter opening at the same time.)

Since late November, Massachusetts has seen recreational marijuana sales begin in at least two more locations – NETA in Northampton and Northeast Alternatives in Fall River – suggesting there would be less traffic impact along with a decrease in novelty and rarity. Easthampton, Salem and Wareham also had approvals for sales to begin.

Lakeman outlined ways in which retail pot would be good for business, including a requirement that all marijuana sold in Massachusetts must be produced here as well. Many of the production facilities, which require ample space and real estate, are reactivating old, shutdown industrial facilities north and west of Route 128.

Elaborate application processes include a host community agreement, with a tax of 3 percent or greater paid to offset potential traffic, education and enforcement impact, and there are social equity and economic empowerment components meant to repay damage done to people of color by the war on drugs, Lakeman and Jehlen said.

Roberts outlined marijuana zoning rules saying facilities cannot be within 1,800 feet of each other – although there is already a zoning amendment request that an exception be made in East Cambridge – and that facilities be at least 300 feet from schools and other public recreational facilities where children gather. The state recommendation is 500 feet.

Not all residents were pleased by the lesser distance, and Jehlen said her big concern for youth was the rise of vaping and the targeting of youth as users. Other big complaints, panelists said of states with recreational marijuana use, have been the smell.

Consuming recreational marijuana in public, while decriminalized, is still an offense and can bring fines, Cherubino said. Possession of more than 10 ounces of non-medicinal marijuana is a criminal offense.