‘What Is Democracy?’: Turns up the contrast to highlight the dark side of political system 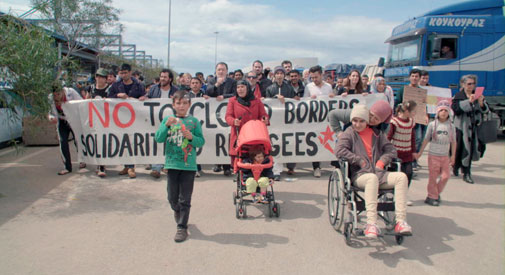 ‘What Is Democracy?’: Turns up the contrast to highlight the dark side of political system

There’s no doubt where documentarian Astra Taylor falls on the political spectrum, as she prods and contests views behind and in front of the camera – typically leaning conservative – that conflict with her own; it’s her persistent, omnipresent point of view that elevates her latest, “What Is Democracy?,” from being more than a rehashed history lesson. Vast in its exploration of democracy from ancient Greece to today’s U.S. upheaval, and talking to everyone from trauma paramedics to student protesters and Marxist theorists, there’s no denying the sheer ambition on display. But for all that it shows (and tells), the impact may have been greater had Taylor and editor Robert Kennedy trimmed some rough edges and leaned further into the more effective asides. 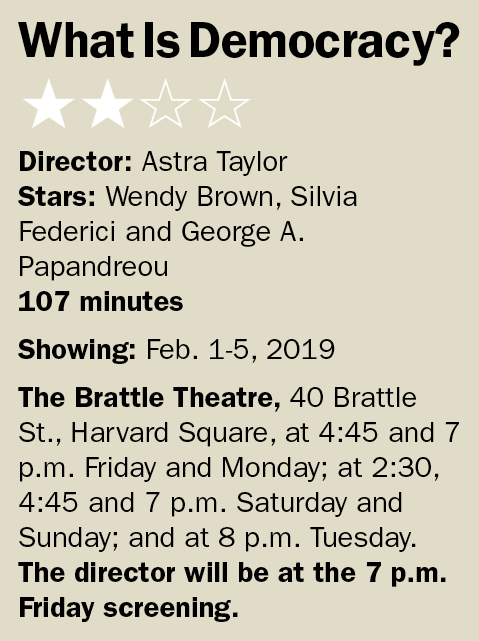 Taylor uses the film to explore history and the effects democratic societies have had on their people, including looking at who reaps the most benefits. That portion sees the filmmaker and Marxist-feminist theorist and author Silvia Federici walk the chambers of Siena’s Palazzo Pubblico, pondering and philosophizing about the place of logic in politics. Through all of the point of views the film has to offer – from white, Rust Belt millennials steadfast in our current president’s ability to stand by “Americans first” to refugees a world away who must protest their right to be seen simply as human – what rings the loudest is the idea of marrying wisdom and political rhetoric to create a sphere of governmental stability.

It’s a shame the film is so often fragmented in approach, because its effect is momentous when it hits on the current and timely, and it is especially graceful in contrasts. One juxtaposition: young blondes at the beach who refuse to vote (for undisclosed reasons) or think it’s unfair that people under the poverty line or of other nationalities get more “government handouts” than those lucky enough to be born into a certain revenue bracket (but they’re not racist, they swear) with young black women forced to take charge of messes not of their making.

The power in Taylor’s filmmaking is in full force when the camera pauses on radical youth bearing arms after threats of violence made against them for wanting equality and  protesting police brutality. As one student protester laments, at barely 19 years old and only a few months out from living under her parents’ roof, she found herself taking medic training courses after a protest that nearly turned ugly when a pistol was leveled at the crowd. We feel that taken innocence again in an inner-city school and Miami emergency room. Who exactly is democracy for, the film asks, leaping through time and perspectives.

Not the disenfranchised, the film and its various talking heads seem to argue, an idea that is depressing and indicative of a much larger, systemic equation we must solve. Taylor’s documentary is imperfect, rambling and prone to segments that feel tacked on rather than organic, but the effect as a whole is strong and the messages clear and powerful. Not all documentaries can be as inventive as “Shirkers,” poetic as “Minding the Gap” or jaw-dropping as “Free Solo” (some of 2018’s best), but sometimes it’s okay for a documentary to just pique the interest of a large enough audience – and it’s difficult to deny the timeliness and potency “What Is Democracy” has to offer.