Violence, arrests and finding of incompetency nothing new for senior-housing attack suspect 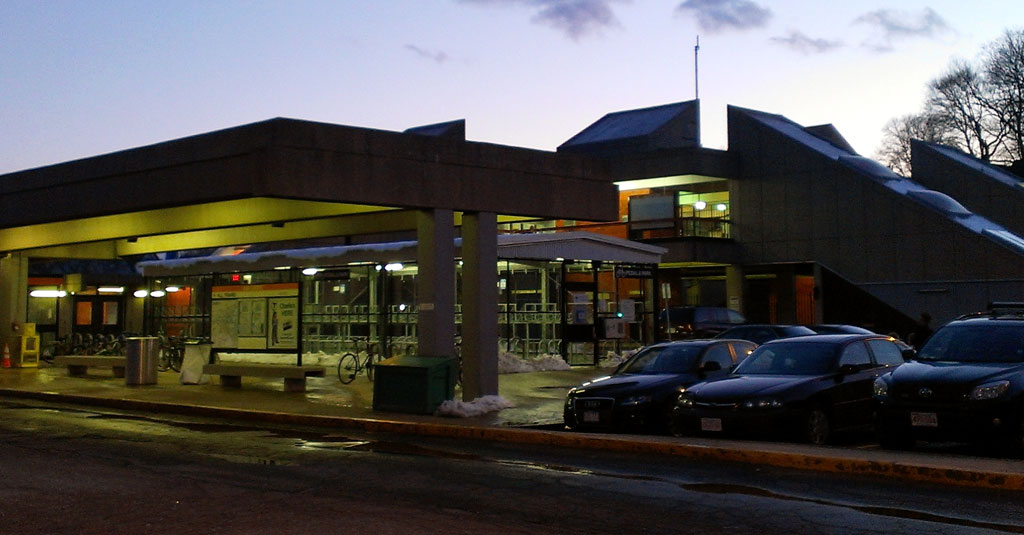 Violence, arrests and finding of incompetency nothing new for senior-housing attack suspect

The MBTA Oak Grove station in Malden was the scene of an attack by Mark Fula in November 2017, a police report says. (Photo: walknboston via Flickr)

A mentally ill young man accused of attacking his girlfriend among neighbors in senior public housing was arrested twice in the 13 months before that December incident. In each, he was found incompetent to stand trial and was eventually released, still deemed incompetent, without bail and without treatment requirements.

Mark Fula, 27, is accused of attacking his girlfriend – dragging her by the hair through the hallways of the development where he lived among seniors.

In was just six days before the alleged Dec. 18 assault at Harry S. Truman Apartments, a district court judge dismissed charges against Fula of punching and spitting on an MBTA police officer in November 2017. The judge cited a Massachusetts law that calls for dismissal after an incompetent defendant has faced charges for the same amount of time he would have spent locked up before parole if convicted and sentenced to the maximum penalty.

Two months after the November 2017 arrest, Fula was charged with stealing prescription narcotic drugs from his mother in Reading. He was found incompetent, and, after evaluation at Worcester State Hospital, he was released in March 2018, still considered incompetent, with standard conditions that didn’t include treatment.

Fula was also found incompetent to stand trial in the latest case, in which he is charged with assaulting his 32-year-old girlfriend and a 50-year-old woman who lived in the development, and trying to strangle his girlfriend. Unlike the previous incidents, Fula was sent to Bridgewater State Hospital to be evaluated, and he remains there.

Defendants found incompetent cannot understand the charges they face and assist their lawyers, which means they cannot be tried. A judge makes the finding after an examination by a psychologist or psychiatrist. The examination usually occurs at the courthouse and a defendant can be sent to an inpatient or outpatient mental health facility for further evaluation, but not for more than 40 days.

Gaps in the system

Fula’s case has exposed gaps in systems intended to help mentally ill people who can’t take care of themselves and protect people they live among. Fula had a court-appointed guardian since 2010 who was supposed to monitor his medication and well-being, but the guardian hadn’t filed the required annual report since 2012 and didn’t know about at least two of his arrests. Criminal defendants found incompetent to stand trial can be committed to a psychiatric hospital for treatment, but only if a judge finds their release would cause “serious harm.”

The courts don’t keep statistics on the number of defendants found incompetent to stand trial, or on how many are deemed incompetent repeatedly. Also, “Massachusetts is one of the few states where there is not a formal program to restore competency,” said Mark A. Larsen, director of the mental health litigation division of the state Committee on Public Counsel Services, the public defender agency.

Larsen said his agency opposes efforts to require treatment of incompetent mentally ill defendants as “another restriction on personal liberty.” Besides, he said, it’s difficult. Doctors can educate defendants so that “in many cases clients will understand and repeat the facts of the case” against them. “But there’s no way to convince someone they’re not Napoleon,” he said.

And requiring treatment when an incompetent defendant is released before trial couldn’t be enforced, Larsen said. If authorities moved to revoke a defendant’s pretrial probation, the person’s incompetence would prevent a legal procedure, he said.

Overall, Larsen said, “it’s a really challenging situation which we have not figured out.”

Most of the residents at Truman Apartments in East Cambridge, where Fula lived, must be 60 or older. But the Cambridge Housing Authority reserves up to 13.5 percent of apartments in senior housing developments for younger, disabled tenants.

Fula moved into the building in July 2017, according to the housing authority, though records in the November 2017 arrest indicated he was living in a group home for mentally ill adults in Somerville when taken into custody.

Public housing applicants must tell the housing authority of previous convictions, and the agency does a criminal records search, but “just having something on CORI doesn’t keep you out of housing. There are many factors, such as time lapsed, severity, even mitigating circumstances,” said Mike Johnston, the agency’s executive director.

The housing authority knew of Fula’s arrest in January 2018 because he was taken into custody in Cambridge, but if he had been arrested in Reading “we might not have known,” Johnston said. Housing authority rules prohibit tenants from engaging in criminal activity regardless of whether they’re convicted, and after his January arrest, the agency summoned Fula to a “five-day meeting,” part of the enforcement process. Johnston declined to disclose the outcome, but Fula continued to live at Truman. Johnston didn’t say whether officials were aware that Fula had been arrested at the Oak Grove MBTA station in November 2017.

In that case, an MBTA bus driver at the station in Malden summoned help from police because Fula was “falling and stumbling on passengers” in the bus, the police report said. Fula appeared to be under the influence of “an unknown drug,” the report said.

When an officer told Fula to get off the bus, Fula punched him in the mouth and spit on him, and also spit on a bystander trying to help the officer, the report said. Charges were dismissed Dec. 12, 2018, over prosecutors’ objection.

While the charges of assaulting an MBTA police officer were still pending, Fula was arrested in January 2018 for allegedly stealing OxyContin and Klonopin from his mother in Reading. She had called Reading police and reported that Fula had taken a pill box and a safe with the drugs, telling officers that Fula “has been using heroin, is off his medication, and has been showing up unannounced” to try to steal drugs, a police report said.

Police broadcast an alert for Fula, and Cambridge officers arrested him at his apartment at Truman, the report said. They found a smashed safe and a pill box containing OxyContin, the report said. Reading police picked Fula up from Cambridge Police headquarters and brought him to Reading. There, police had two backup officers at his booking “due to his combative history,” the report said.

Fula was released on his own recognizance March 12, 2018, still considered incompetent to stand trial. His pretrial release was revoked after he was arrested in December for assaulting his girlfriend.