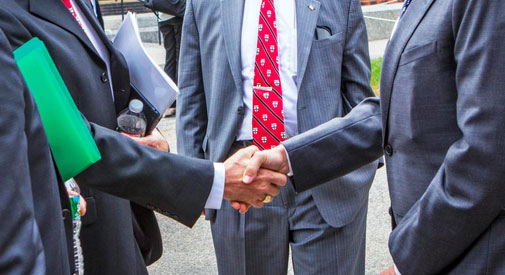 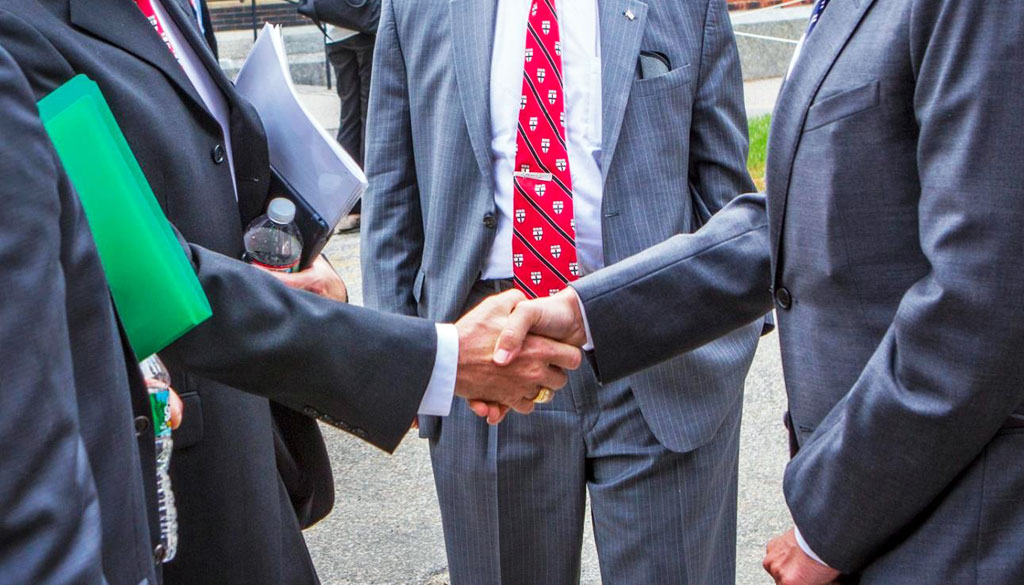 Along with the scandal over rich people breaking the law to get their undeserving kids into top universities, let’s not miss the scandal that doesn’t just happen in plain sight, but actually gets bragged about: gigantic cash gifts to elite institutions, which get passed off as philanthropy but are actually just monuments to vanity and privilege.

And, yes, we’re talking about Harvard. The latest gift of note is $100 million from alum David E. Goel, launching fundraising efforts to move the American Repertory Theater and Oberon out of Cambridge to an Allston arts campus. The gift is the third monstrous present to Harvard from a hedge fund manager in the past five years, totaling $650 million from an industry limited to participation by the very rich.

There’s a weird kind of elegance in people who accomplish nothing beyond making money for the already wealthy “giving back” by dropping millions of dollars on one of the few institutions in America that truly doesn’t need it. Harvard has an endowment of $39 billion. For comparison, the Massachusetts Institute of Technology has around $16 billion; Tufts University, $1.8 billion; Lesley University, less than $190 million.

Most colleges and universities can’t even dream of such riches, which is why, for example, Wheelock College has been absorbed into Boston University, Mount Ida is gone, Newbury and Green Mountain are closing and Hampshire is at risk. Never mind the four-year institutions – think about community colleges, struggling public schools, libraries and community centers. Think about the arts. Think about infrastructure. Think about the needy and vulnerable.

One argument for giving to a giant such as Harvard, as a Boston Globe article summed up in 2015 (after hedge fund manager John A. Paulson gave $400 million to get the engineering school named after himself) is that it’s “well-equipped to use gifts it receives effectively because the school already has an immense collection of money, brain power and other resources at its disposal.”

The argument against, of course, is that it’s incredibly gross – something awful that the Globe presents as a positive. Philanthropy and investment are not synonyms, and giving money to the rich because they’re more experienced at spending it is a zero sum approach that perpetuates advantage, part of an infinity symbol formed with the recent “Varsity Blues” scandal and similar approaches to college acceptance (i.e., cash gifts or legacy admissions) that ensures access to networks and capital open mainly to the elite. As the center of the infinity symbol, Harvard is good at what it does, but that includes coddling the super wealthy to induce a return in investment. There’s nothing new here, so much so that the entire process can be boiled down to a cliché: the rich getting richer. But it also belies the notion that the rich are rich through hard work, because giving money to Harvard is the laziest possible way to be a philanthropist.

What about the “self-made”? Hedge fund manager Kenneth Griffin gave Harvard $150 million in 2014 for undergraduate financial aid (in today’s dollars, $162 million) to honor how his grandmother’s money got him through college with no debt, and that sounds pretty honorable. It sounds less impressive five years later, as Griffen just set a dubious record by paying $238 million for a New York penthouse and, simultaneously, a London mansion for $122 million.

The people who have the means to “give back” to Harvard in newsworthy amounts are in that position because they have literally too much money. Their response is to put Harvard in the same position, with similarly selfish and shortsighted results. But the physical and literal growth of the institution has a peculiar side effect: As it absorbs funds and surges bloblike across the river into Allston, too big to be contained by borders and boundaries, it increasingly loses the sense of Cambridge as a home.The more the campus is outside Cambridge, as athletics facilities, the business and medical schools already are, the less identity Harvard shares with it; Harvardians owe their allegiance to the school, not the community tied to it since 1637, which also boils down to a cliché: The rich are rich first, and anything else second.

No huge surprise that a manager at that $39 million Harvard endowment wondered online in late March: “Why don’t the colleges just auction off a certain number of spots each year?” To the manager, Michael Cappucci, ignoring merit and letting money talk for a proposed 10 spots is just a way to end some “shady” and illegal college admissions practices – with one example in the conversation, which took place on LinkedIn, being Trump in-law and indifferent student Jared Kushner getting into Harvard after his dad gave the school $2.5 million, legally.

Like other self-perpetuating, too-big-to-fail institutions of religion and commerce, the legacy of Harvard includes at least as much evil as good, and the gift from Goel and wife Stacey L. Goel has set in motion another exasperating aspect of that. At the same time Cambridge struggles to keep its culture diverse and vibrant, Harvard announces that the city can expect to lose three of its theater stages as well as bragging rights and the legacy of the A.R.T. The university hasn’t identified what it would do with its square footage on Arrow or Brattle streets, or what it might do for Cambridge to compensate for the blow (if anything), though it’s hard to imagine Harvard has no plan.

The influx of money from people such as the Goels has turned Harvard into something akin to Kenneth Griffin, accumulating real estate that demands something be done with it that in turn needs more income to keep up – and Harvard’s not even close to being able to follow through with its Allston arts move without hundreds of millions of additional dollars in fundraising.

The alternative is to be happy in an existing home, or renovate with existing funds, and to let unneeded money go somewhere that it’s needed. That is true philanthropy.

This post was updated April 2, 2019, to add a link to Saul Tannenbaum’s essay on Medium, “The Crime Behind Harvard’s John A. Paulson School of Engineering and Applied Sciences.”