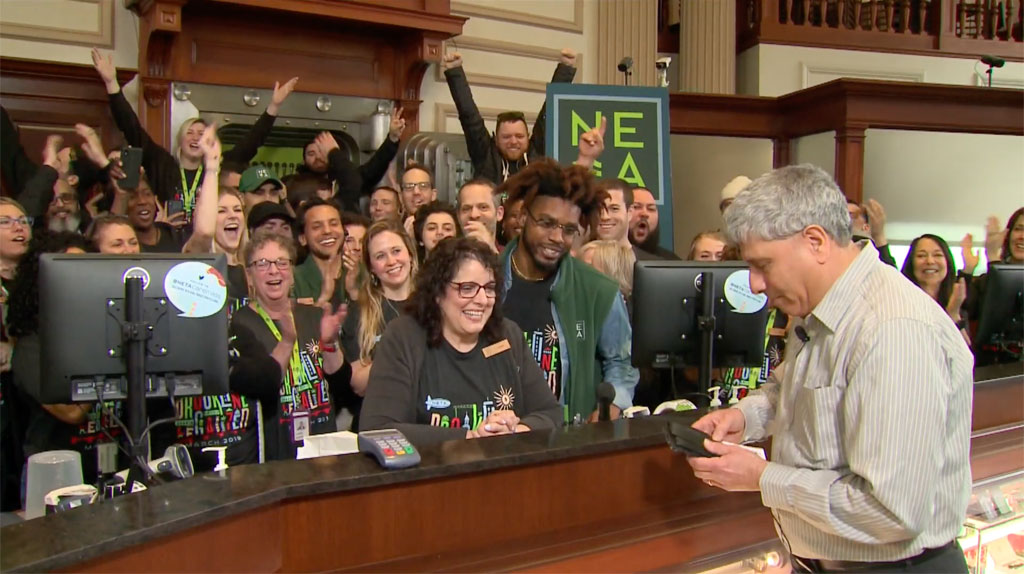 Hoping to get long-promised sales of recreational marijuana underway, city councillors on Monday moved a Cannabis Business Permitting Ordinance to a second reading in late April knowing the law wouldn’t survive in its current form.

Simplified language and changes in how long certain business applicants would get preference were asked for by councillors, who must squeeze in an Ordinance Committee hearing within the next couple of weeks for zoning that was hoped to take effect April 20 – that is, 4/20, National Weed Day and a universal code for marijuana – “or upon passage of a ‘Cannabis Business Permitting Ordinance,’ whichever comes first.”

“Cambridge voted 80 percent or so for this, and other cities are flying past us on getting these shops open,” Mayor Marc McGovern said, suggesting to city staff who presented the ordinance that, given the proposed deadline, “I wish we got this three weeks ago or a month ago where we could have been moving along and having an Ordinance Committee meeting already.”

But the dozen recreational marijuana shops that have opened in Massachusetts so far, with the latest in Brookline as of March 23, all have ties to large, out of state or multistate operators, while none of the 120 applicants approved for a state program aimed at helping startups for minority and disadvantaged communities have been able to open, “largely due to a lack of funding,” councillor Sumbul Siddiqui said.

In Cambridge, those social equity and economic empowerment applicants – basically, people of color who were targeted disproportionately by police and courts during the war on drugs – have so far been allotted two years’ head start on opening recreational marijuana shops alongside the city’s five permitted sellers of medicinal marijuana (three of which are open and operating). Siddiqui suggested more time was needed. “Two years will go by fast,” she said, nodding to a suggestion made during public comment by resident Saskia Vann James:

“Amend this to the first 10 years [after passage of the ordinance]. The City of Cambridge has broken families, communities and still has local constituents jailed, economically disenfranchised and, frankly, mentally scarred to this very day. The systemic racism that was practiced in the war on drugs occurred for decades and continues.”

Additional cause for concern came as councillor Craig Kelley wondered about those permitting requirements, with agreement from vice mayor Jan Devereux that the language needed to be simpler. “Could it be drafted in a way that is is less difficult to parse?” Devereux asked. “I read that [section] about five times.” It took both city solicitor Nancy Glowa and Iram Farooq, assistant city manager for community development, to make the meaning clear.

With seven days’ public notice needed for committee meetings in a crowded schedule and no regular council meeting April 15, there would have to be a special meeting scheduled to get the zoning to a second reading before April 20. It’s more likely to be heard the following Monday, April 22. “I don’t think we’re going to make that deadline of [April] 20,” Siddiqui said. “I think we are close.”

Kelley acknowledging the significant majority of Cambridge voters who called for local recreational marijuana sellers, since sales were allowed to start statewide July 15. But he noted that the city was still waiting for a “host community agreement” that must be signed by the city manager.

“So it’s not as if people would be able to start anything,” Kelley said. “People of Massachusetts and the people of Cambridge asked to have recreational marijuana for sale, so we should give it to them as soon as we possibly can.”