‘Pet Sematary’: Death may not be the end here, but it is the end of this King update that slays 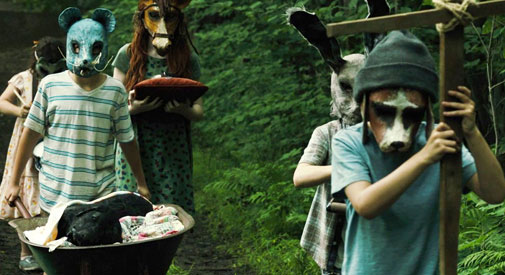 ‘Pet Sematary’: Death may not be the end here, but it is the end of this King update that slays

It’s been 30 years since Stephen King wrote the screen adaptation of his “back from the dead” northern woods chiller. That 1989 version of “Pet Sematary” helmed by Mary Lambert may have hokey special FX, but it had the amiable Fred Gwynne and an edgy, catchy title song drummed up by punk gods The Ramones. The 2019 update by horror tandem Kevin Kölsch and Dennis Widmyer (“Starry Eyes” and “Absence”) with a script by Jeff Buhler (“Midnight Meat Train”) gets all the benefits of modern filmmaking wizardry, but that doesn’t solve the arc issues or ridiculously bad choices many of the characters make, which you can see a mile off. Buhler does shuffle some of King’s plot developments, and while I won’t disclose them besides updates for a digital age, they do bolster the story’s credibility. 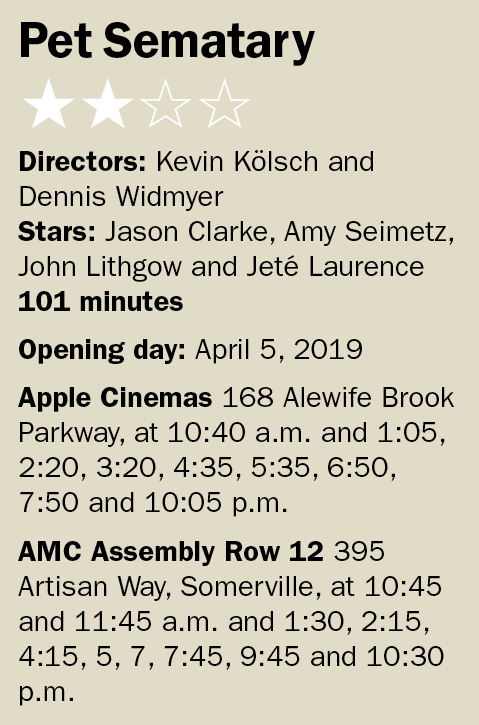 The Massachusetts-to-Maine relocation of Dr. Louis Creed (Jason Clarke) and family, who are tired of the big city, begins ominously. One of Louis’ first cases at the hospital, a badly injured young man named Victor (Obssa Ahmed) who was struck by a truck and left with his gray matter hanging out, comes back to life on the table, or so Louis thinks, and continues to haunt Louis throughout. His wife, Rachel (Amy Seimetz), meanwhile, keeps having flashbacks of her sister’s torturous, body-contorting death in childhood. Through it all the kids, 8-year-old Ellie (Jeté Laurence) and toddler Gage (played by twins Hugo and Lucas Lavoie), remain happy until Church, the beloved family cat, dies – likely the speeding truck that took out Victor, says Jud Crandall (John Lithgow) the neighborly old codger who lives next door.

With names bandied about such as Church and Creed, all should be good, right? Well, out back on the Creed’s property is a pet cemetery – beyond that, protected by deadfall, Louis learns from Jud, is tribal land where if you put a corpse in the ground, it comes back. Church is the first of the Creeds to get the treatment, and when the cat comes back, it’s not right – testy and bloodthirsty, to say the least. Then one of the Creeds gets struck but a truck (Side note: King wrote the book in 1983 and was struck by a speeding van and almost killed on similar country road in 1999) and comes back, and that’s when the film finally starts to get interesting. Up to then, Louis, an educated doctor, makes more dumb decisions than a half-naked, imperiled teen in a slasher flick.

The final 20 minutes are a bloody waker-upper that’s tightly choreographed, taut with tension and imbedded with dark, witty dialogue. The acting for the most part is decent, but the film really belongs to Laurence’s sweet and nasty older sis. Her range here will raise eyebrows, and her profile. Overall, the film is above the bar for a King film, but that isn’t saying much next to early adaptation of King works such as “Carrie” (1976) and “The Shining” (1980). Of course, those films were helmed by masters. This “Pet Sematary” is no masterpiece, but does deliver the creepy thrills folks expect from King fare.