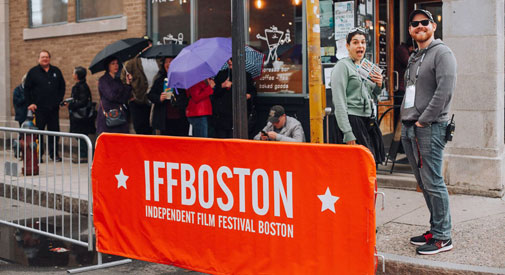 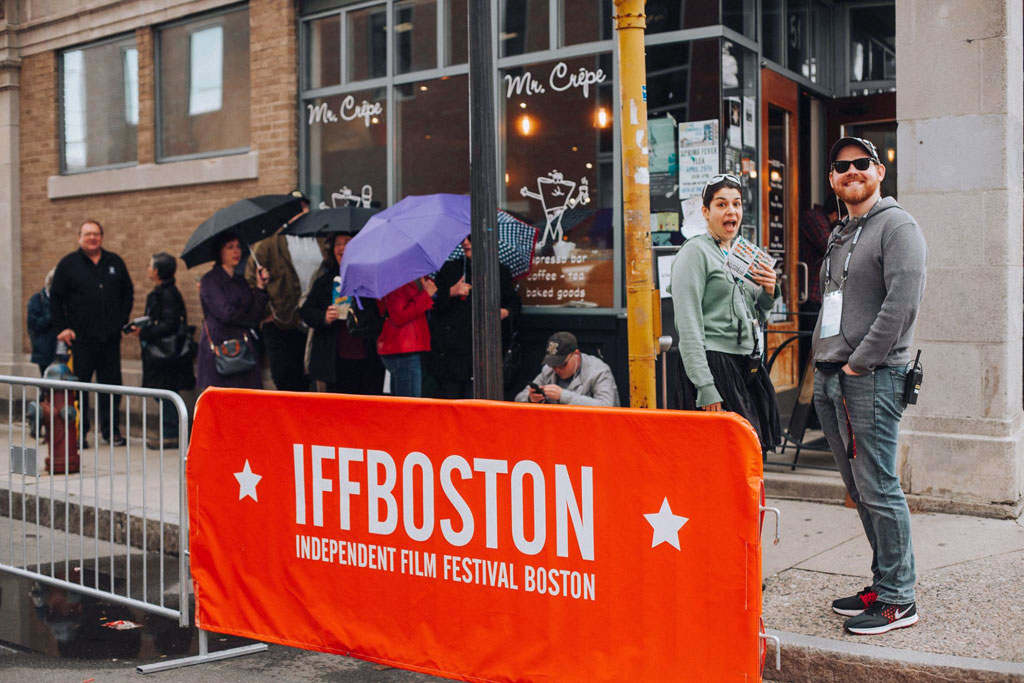 A line forms April 28 for an Independent Film Festival Boston screening at the Somerville Theatre in Davis Square. (Photo: Jaq Chen via Facebook)

It’s April, spring is in the air and that means the Independent Film Festival Boston is right around the corner. The 17th installment of the beloved, Somerville-based film fest kicks off Wednesday and runs through May 1, playing 90 films mostly at the Somerville Theatre in Davis Square, but also at the Brattle Theatre in Harvard Square and Coolidge Corner Theatre in Brookline.

The opening night film, “Luce,” stars Naomi Watts and Tim Roth as a couple (the two also played husband and wife in Michael Haneke’s brutal home invasion drama, “Funny Games”) forced to reckon with their idealized image of a son adopted from war-torn Eritrea after an alarming discovery by a high school teacher (Octavia Spencer). Director Julius Onah will be in attendance. The fest’s closing feature will be “The Farewell,” by Lulu Wang. The film marks the first leading role for rapper and “Crazy Rich Asians” star Awkwafina as her character’s Chinese-American family learns their grandmother has only a short while to live – but don’t tell her, and instead concoct a wedding as an excuse for a family reunion. Wang will be on tap for Q&A.

Other narrative features that carry promise include “Shadow,” (above) the latest from legendary director Zhang Yimou (“House of Flying Daggers” and “Raise the Red Lantern”), which revolves around political jockeying in an ancient Chinese court, and “Official Secrets” by Gavin Hood (“Tsotsi” and “Eye in the Sky”) starring Keira Knightley in the true story of a British whistleblower. On the more outré side are “Them That Follow,” a thriller set in deep Appalachia, where devout religious believers engage in rituals with deadly snakes, and, from Jennifer Kent, director of the cult hit “The Babadook,” there’s “The Nightingale,” following the backwoods trek of an Irish female convict across Tasmania in 1825. Shot locally in Allston is “Gutterbug,” in which the protagonist struggles with homelessness, mental health issues and a dark path into crime.

Comedy offerings run deep in the IFFB lineup. From “Swiss Army Man” co-director Daniel Scheinert comes “The Death of Dick Long” (if it’s anything like his previous film, the phallic implication of the title may come in to play); and in “The Art of Self-Defense,” (below) Jesse Eisenberg plays a meek bookkeeper sick of getting his ass kicked who signs on at a dojo for a little payback. Adding local flavor is “Mass Hysteria,” about Salem Witch Trial reenactors. For those with eyes wide open and awaiting “Booksmart” (it’s pretty damn good), Olivia Wilde’s take on teenage girl  angst, the placeholder for that may just be “Banana Split”;  and “Greener Grass” is a romp about soccer moms and suburbia.

The centerpiece documentary this year will be “WBCN and the American Revolution,” which chronicles the rise of the cutting-edge Boston rock station in the 1970s, with director Bill Lichtenstein in attendance. Other documentary subjects include Dr. Ruth Westheimer in “Ask Dr. Ruth”; a woman with hundreds of fowl and other feathered friends in “For the Birds”; and the life of dog stylists in “Well Groomed.” Looking farther afield, “One Child Nation” looks at China’s birth allotment policy, “Midnight Family” follows a family running an ambulance service in Mexico and “Out of Omaha” chronicles African American twins coming of age in a racially divided city. Stranger fare includes “Riplist,” which follows a bunch of friends who get together each year to prognosticate which celebs will die, and “You Don’t Nomi,” a look back at the spectacle that was “Showgirls.” For the politically minded, “Knock Down the House” and “Running With Beto” look at the upstarts looking to change the direction of our flagging democracy with youth and progressive idealism. “Not for Resale,” made by locally raised filmmaker Kevin J. James, looks inquisitively at bygone video media, and “Pizza, a Love Story” documents ’za shops around the fair enclave of New Haven, Connecticut.

As always, the IFFB features panels and parties at area establishments, as well as hosting a Student Short Showcase. The IFFB may not have a branded theme this year – in the past it’s run with slogans such as “Gather Round” – but the offerings (23 full-length narrative films and 31 documentaries, 20 narrative shorts and 16 short documentaries) look as strong as ever, so gather round anyway and get in line for a week of cinematic joy.