‘Non-Fiction’: Léonard writes what he knows, which is philandering and a great deal of chat 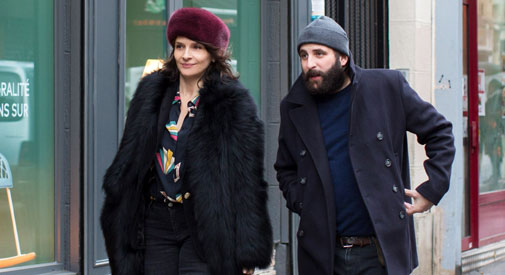 ‘Non-Fiction’: Léonard writes what he knows, which is philandering and a great deal of chat

Ah, a baguette, warm and chewy and oh so very French. You can feel and taste it, and that’s how “Non-Fiction,” the latest from Olivier Assayas (“Clouds of Sils Maria,” “Summer Hours”) goes down, with copious crumbs of provocative dialogue falling from the lips of a few not so discreet but very charming members of the bourgeoisie. 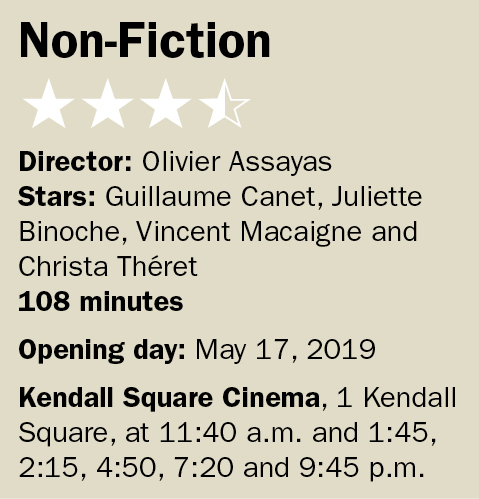 Those under Assayas’ lens are not your typical ilk. Bearded, wild-haired Léonard (Vincent Macaigne) pens the happenings in his life – just ask his ex-wife – under the guise of fiction, pouring sauce on it the way Bukowski and Mailer did. He’s not so much the macho brute those other two postured to be, but he does pursue sensual pleasure at others’ expense; for years he’s been bedding Selena (Juliette Binoche), the wife of his publisher Alain (Guillaume Canet). Selena’s no bored “Belle de Jour,” as in her day job she plays a policewoman (more like Frances McDormand from “Fargo” than Angie Dickinson) in a popular TV series. Then there’s Valérie (Nora Hamzawi), Léonard’s live-in girlfriend who’s a political aide. And, not to complicate matters, but Alain’s carrying on with Laure (Christa Théret), a fresh young face in the office who’s also the face of the future; she’s been brought in to take the publisher boldly into the digital age.

Beyond that tangled web of sexual allegiances (which is plenty), there’s not a lot of rising dramatic tension. The four mains mostly consume wine and talk with banal disregard about life, the increasing allure and power of social media and, as Carver would have it, love. There does come a point in the film when Selena realizes that Leonard, who can’t help but pour himself outward onto a page, might share some of their (not so) private moments – take the public sexcapade in a movie theater – with his readership. Along the way, a political scandal and the films of Michael Haneke and Luchino Visconti find their way into the mix, and Binoche get a smartly imbedded meta moment that Robin Wright in her “The Congress” endeavor (2013) would surely appreciate.

If there’s one thing nearly all of the quartet seem concerned with, it’s straight-up change, fearing or embracing it and what it means for their futures. At one point a character pulls a line from Visconti’s “Leopard” (“Things must change in order to remain the same.”) to put it all into context. The film itself does exactly that, never waning, not even during the long awkward pauses. It’s a French film loaded with cinematic references that will serve as a double feast for cineastes. Assayas may have gone a touch off course with his last film, a ghost story starring Kristen Stewart, “Personal Shopper,” but it’s good to see him back. Not enough can be said about the cast – Binoche and Théret provide the most to chew on, but this is an ensemble effort. Talking in circles like this hasn’t been this much fun since “My Dinner With Andre” (1981).