‘Nonprofit row’ near Central looks saved; agreement for purchase in place with CRA 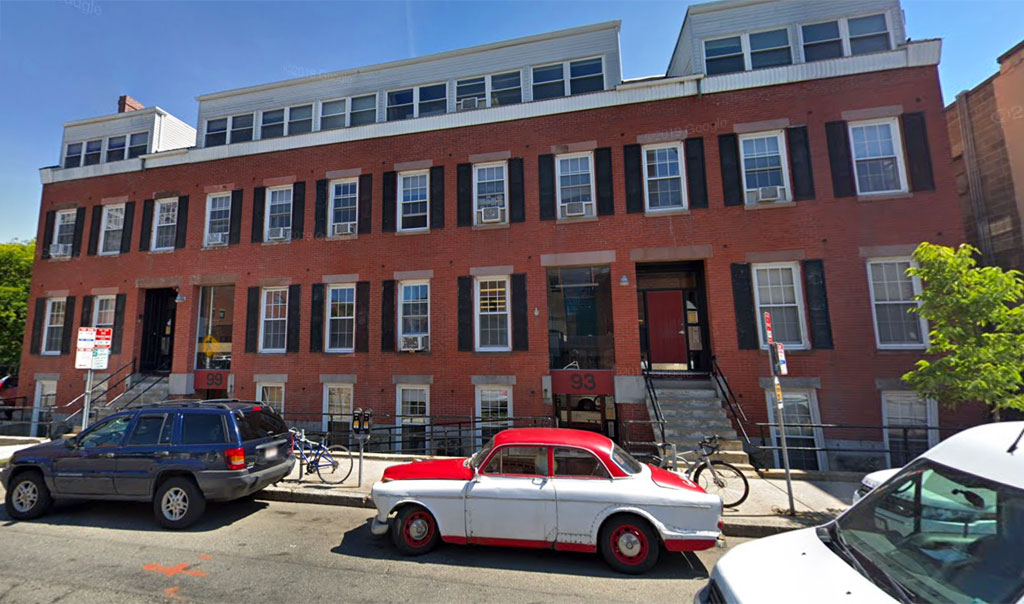 ‘Nonprofit row’ near Central looks saved; agreement for purchase in place with CRA

The “nonprofit row” building at 93-99 Bishop Allen Drive near Central Square has some eight tenants who could be spared by a purchase by tyhe Cambridge Redevelopment Authority. (Photo: Google)

The Cambridge Redevelopment Authority has a purchase and sale agreement in place for the “nonprofit row” building at 93-99 Bishop Allen Drive near Central Square, according to the agency and Enroot, the nonprofit selling the property.

A successful sale will put the property under the ownership of the CRA and preserve the 19,548-square-foot building as center for social services such as the current tenants: Cambridge Camping, The Algebra Project, The Young People’s Project, Boston Area Rape Crisis Center, Sustainable Business Network of Massachusetts, Brattle Film Foundation and LaunchX.

Another tenant, the Cambridge Community Foundation, was the one that brought in the CRA as a partner to preserve the building’s use for nonprofits and social services, the principals said Wednesday.

“This winning solution showcases Cambridge’s willingness to stand by its values in the face of change. We are grateful to the CRA for stepping up, to Enroot for being a good partner and to all who supported the cause of looking out for the nonprofit sector,” said Geeta Pradhan, president of the foundation.

Enroot’s leaders says a sale means the ability to expand their mission of educational equity for immigrant students, unencumbered by the costs of maintaining and operating a building that’s more than a century old.

The nonprofit bought the building in 1965, when it was known as Cambridge Community Services, and opened its doors to other nonprofits at rates that made their presence possible in an urban area near crucial mass transit. When news came in October of a sale, tenants worried that a private buyer would force them out. “It’s going to be really hard to remake what we have in Central Square – this location is unbelievable for the teens we work with, and it can be really tough to get any place close to a T stop anymore. We felt lucky to get it,” said Bill Kubicek, founder and executive director of Next Step, at the time.

But the redevelopment authority and Cambridge Community Foundation signed a memorandum of understanding in late 2018 to explore a purchase, and the authority made an offer to buy in April, they said Wednesday upon revealing the signing of the P&S agreement.

An appraisal and financial analysis by real estate consultants put the estimated value of the property at $8.8 million.

Enroot and the authority “look forward to sharing more information about the sale and future of the building upon completion of the transaction,” they said.

“This is an excellent outcome, and the fruit of concerted efforts by many individuals who shared a desire to make it possible,” said Ben Clark, Enroot’s executive director. “We are thrilled that this building will be preserved as a home for the nonprofit organizations.”

The CRA’s executive director, Tom Evans, said the authority was “proud” to apply its mission – which has been focused on Kendall Square but now also grapples with the effects of Kendall Square’s success – to preserve the building “for the public good … Cambridge’s social service sector is vital for supporting a healthy and vibrant community.”