Meetings on courthouse parking are delayed, coinciding with citizen complaints of illegality 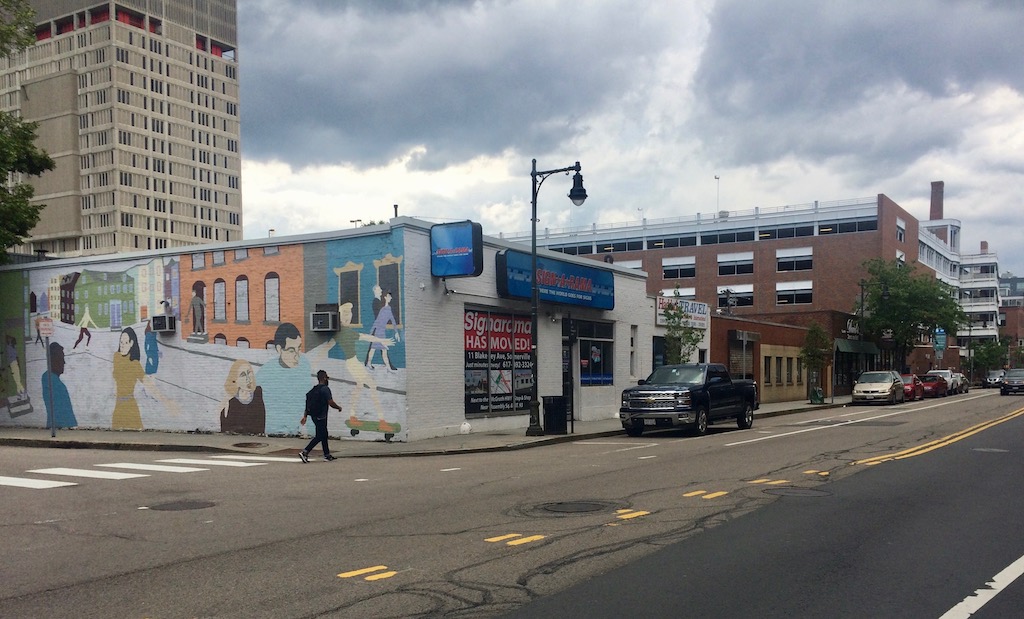 Meetings on courthouse parking are delayed, coinciding with citizen complaints of illegality

Two steps in deciding the future of the increasingly blighted site of East Cambridge’s former courthouse were delayed this week with the cancellation of a Tuesday meeting of the Planning Board.

The cancellation was attributed by city officials to illness, but comes as lawyers for a citizens group warned the city that holding its meeting would break the law.

As laid out in a city law adopted in 2013 about the “disposition” of land, the city manager holds a community meeting and issues a report, which the City Council refers to hearings – including to the Planning Board. In this case, the city manager’s report came out June 26, two days into the council’s two-month summer break. “The City Council has yet to receive the report,” the East Cambridge Planning Team noted in a Friday letter to the board.

Letters from the group and its lawyers followed Monday to emphasize that the process – not to mention the city manager’s report itself – was flawed.

Then, Tuesday, the board canceled its meeting.

It was canceled “due to an unexpected lack of a quorum,” the board said – later identified as a member’s “unexpected illness” by Lee Gianetti, the city’s director of communications and community relations. More information was requested of city staff Wednesday.

The Planning Board’s hearing is now set for 6:30 p.m. Aug. 13. That moves the City Council’s public hearing on the topic to Sept. 9, because “the City Council cannot hold its public hearing until after it receives [a recommendation] from the Planning Board,” Mayor Marc McGovern said, affirming information from Gianetti. Additionally, city law says meetings must be advertised at least 14 days beforehand.

Originally the City Council was to hold its own hearing July 29, the same day as its only meeting for the months of July and August.

The Aug. 13 and Sept. 9 meetings are to help councillors decide whether to vote in favor of giving courthouse developer Leggat McCall a 30-year lease on 420 parking spaces and 9,000 square feet of ground-floor retail area in the city-owned First Street Garage, at 55 First St. Leggat McCall needs the parking to satisfy the special permit granted it by the Planning Board to redevelop the Edward J. Sullivan Courthouse at 40 Thorndike St. – a 22-story structure built from 1966 to 1974, emptied between 2009 and 2014 and under a $33 million purchase and sale agreement since 2012. The current plan is to remove the top floors and rebuild the structure as 20 stories of office space with 24 units of housing.

Six of nine council votes are needed to lease the space.

Construction was long delayed by a lawsuit filed by neighbors who believed only the government could get away with violating local zoning on the height of buildings, and a sale to private developers ended the exemption. Courts didn’t agree.

The parking space and retail lease is the new sticking point.

In addition to pointing to the missed step in the disposition process, East Cambridge Planning Team leaders Chuck Hinds and Heather Hoffman complained that the meeting scheduled for Tuesday, had it taken place, wouldn’t have given citizens enough time to “digest this 45-page report and provide cogent public comment to help guide the Planning Board’s deliberations.”

But the parking study done by city staff to help guide Planning Board members and city councillors is also “fatally flawed,” Hinds and Hoffman say, pointing to spaces identified as available to the public when they are not and spaces they say are counted twice, and that data identified as being gathered on weekdays were actually gathered on Saturdays. In addition, they say there is already a waiting list for use of the parking garage that would see 420 parking spaces subtracted and given to drivers at the redeveloped courthouse.

“The fact that there’s a waiting list of unspecified size for non-resident monthly passes, which would presumably be mostly for people wanting to park during the workday, gets no analysis,” Hinds and Hoffman write. “If there is sufficient capacity to give [Leggat McCall] 420 passes, why has the city not offered passes to people on the waiting list?”

The letter from ECPT lawyer Olympia A. Bowker of the Boston firm McGregor & Legere adds complaints, including that the city’s disposition law calls for analysis of alternatives to leasing the parking spaces and retail, but the report lacks them. The law also calls for explanation of “any actual or projected annual revenues or costs” for the property.

“The report blatantly skips this requirement,” Bowker said in her letter.