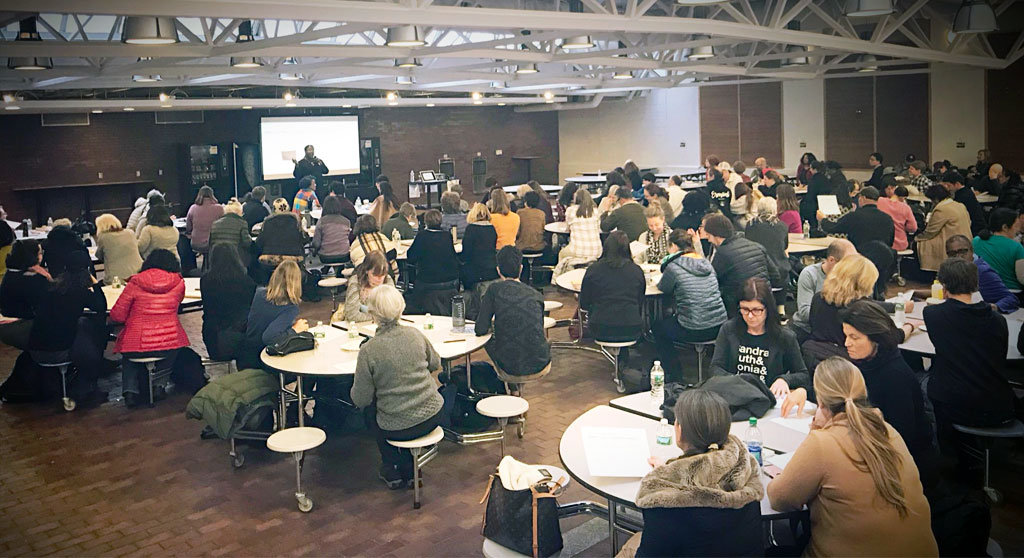 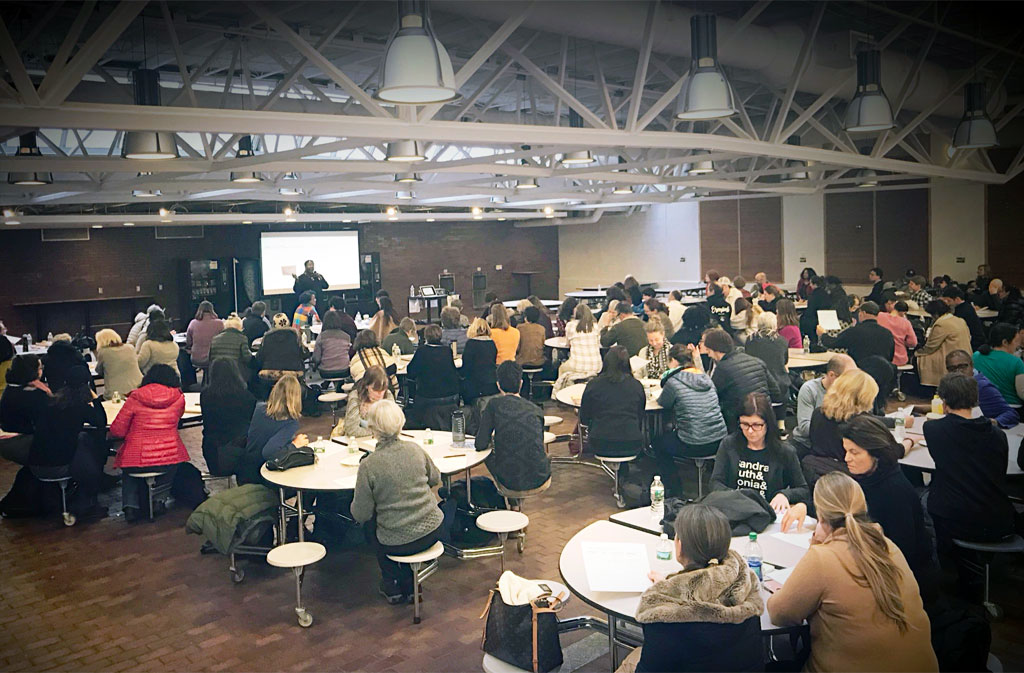 A Harvard University official sparked an outcry last summer when she made condescending comments to a Cambridgeport neighbor, a young mother tending to her mixed-race toddler.

The city of Cambridge responded by spending nearly $14,000 on a series of five remedial workshops – but Harvard did not participate, and it remains unclear that the institution has done anything to prevent another collision over race and class.

On July 14, 2018, Theresa Lund, executive director of Harvard Humanitarian Initiative, took issue with the noise created by a child playing outside her apartment in Cambridgeport while her own children were napping. Lund was captured on video confronting the child’s young mother, Alyson Laliberte, and asking if Laliberte lived in one of the complex’s affordable units. At a time numerous white people had been captured on video nationwide being insensitive to issues of race and class, the incident created a social media firestorm and provided a rare glimpse into the university’s commitment to inclusiveness.

Lund was placed on leave, and the initiative’s director, Michael VanRooyen, pledged to address such bias with additional staff training. One year later, a Harvard spokeswoman said VanRooyen wasn’t available to provide details about what, if any, training was provided to staff members. VanRooyen is also chairman of emergency medicine at Brigham and Women’s Hospital in Boston, according to his online profile.

Immediately after the incident, Lund wrote that she loved her community and was “committed to engaging in dialogue and actions about how to make it more welcoming and pleasant for all of us to live in together.” She’s now not listed on the Humanitarian Initiative’s website director. VanRooyen had tweeted in defense of Lund that the incident did “not represent who she is,” then deleted the tweet, Harvard Crimson staffer Caroline S. Engelmayer wrote.

In October, Mayor Marc McGovern and city councillor Sumbul Siddiqui announced plans for “Cambridge Digs DEEP” forums with a plan to address “equity, power, privilege, diversity, inclusion and race.” In a news release, McGovern said the events represented a commitment to social justice: “We know that despite our reputation as a progressive city, Cambridge is not immune to issues of race and class.”

But McGovern also told The Harvard Crimson that the inclusion of university officials in such events was important so they could educate their employees who are in different financial situations than their neighbors.

Even at the time, Engelmayer wrote in the Crimson, Harvard didn’t respond to multiple requests for comment.

The forums operated from November to April, with the biggest expense being moderation by the New Hampshire and Cambridge-based Disruptive Equity Education Project for $10,250, city financial records show. The 3-year-old company’s chief executive, Darnisa Amante, said the workshops were designed to brief attendees about “how to address institutional transgressions.”

Amante, who is affiliated with the Harvard School of Education, said no one in a “leadership” position at Harvard participated in the forums, and the Humanitarian Initiative hasn’t requested she train its staff.

A spokeswoman for Siddiqui said she was busy working on the city budget and didn’t have time to discuss the forum results. McGovern was emailed nine questions about the forums and other related matters on April 23. He has yet to reply. Both city councillors used forum sign-in sheets to solicit names of attendees – to tell people of upcoming meetings and share some info from Armante, McGovern said. “We did not use those emails for our newsletter lists,” the mayor said Monday.

“Harvard can be tone deaf”

The Humanitarian Initiative, which is part of the Harvard School of Public Health, was established in 2005. Its primary focus is on “relieving human suffering in war and disaster by advancing the science and practice of humanitarian response worldwide,” its website indicates. The program is based on Story Street in Harvard Square.

An elected Cambridge official declined to comment on Harvard’s disregard for the community forums, citing the need to maintain a “good relationship with Harvard.” But former School Committee member Richard Harding, a fourth-generation Cantabrigian and a senior vice president of the Cambridge chapter of the NAACP, said Harvard officials missed an opportunity to address intolerance issues within its own community.

“Elitism and white privilege were working together at one time and a community member was singled out and made to feel like she didn’t belong,” Harding said. “This shows once again that Harvard can be tone deaf to issues of race and classism.”

The Laliberte incident was notable for multiple reasons. First, it was remarkable that an executive for an organization whose purpose is to help the unfortunate globally was recorded behaving uncharitably to one of her own neighbors. Harvard officials’ response to the episode also raised questions about their commitment to diversity and tolerance beyond the university’s participation in affordable housing programs. And the timing couldn’t be more crucial as working-class Cantabrigians face greater difficulty securing housing amid an ever-widening wealth gap.

The Pleasant Street housing complex where Lund questioned Laliberte was built in 2002 and includes three condo buildings two city blocks from Memorial Drive and the Charles River. Although most of the 120 units are available only to Harvard-affiliated buyers, 18 of them (15 percent) are part of the city’s inclusionary housing program. The initial affordable housing buyers were selected through a lottery, according to Chris Cotter, housing director in the city’s Community Development Department.

The city now has 530 applicants in its homeownership resale program, he said. Cotter didn’t respond to questions about the average wait time for a unit at Pleasant Street.  In mid-2018, the department listed more than 3,000 applicants to the inclusionary housing program. For homeownership resale pool eligibility, a three-person family needs to be first-time buyers, list liquid assets of less than $75,000 and an income of $48,550 to $97,100, according to a department application.

This post was updated July 29, 2019, to add a comment from Mayor Marc McGovern about the gathering of attendee names at Cambridge Digs DEEP sessions.