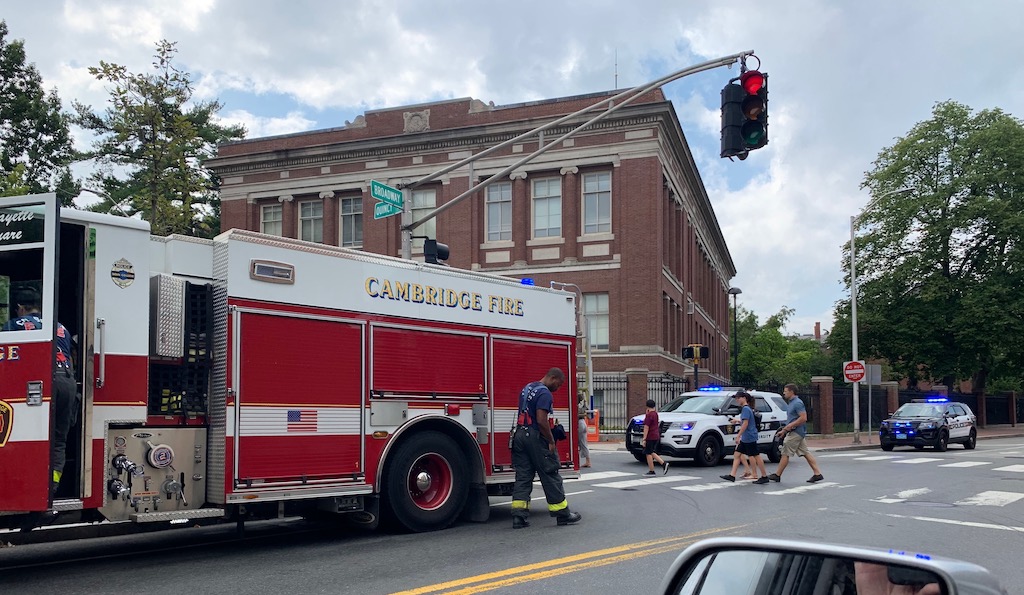 Fire and police gather at Broadway and Quincy north of a fire in Harvard Yard’s Sever Hall. (Photo: Tom Meek)

Firefighters massed Saturday afternoon at Harvard’s massive, historic Sever Hall in Harvard Yard to combat flames and smoke said to be trapped in the walls between the second and third floors.

The first alarm came at 2:33 p.m., followed by a second alarm at 3:02 p.m. that brought relief from Arlington firefighters staging on Quincy Street, just south of Broadway where the Cambridge Fire Department has its headquarters.

By 4:07 p.m., though, it sounded as though the smoldering fire was getting under control; firefighters in charge started to release companies that hadn’t been inside the hall, according to scanner reports, though they were still accepting help from Boston units several minutes later; with two Boston vehicles coming, firefighters welcomed one and sent another back. 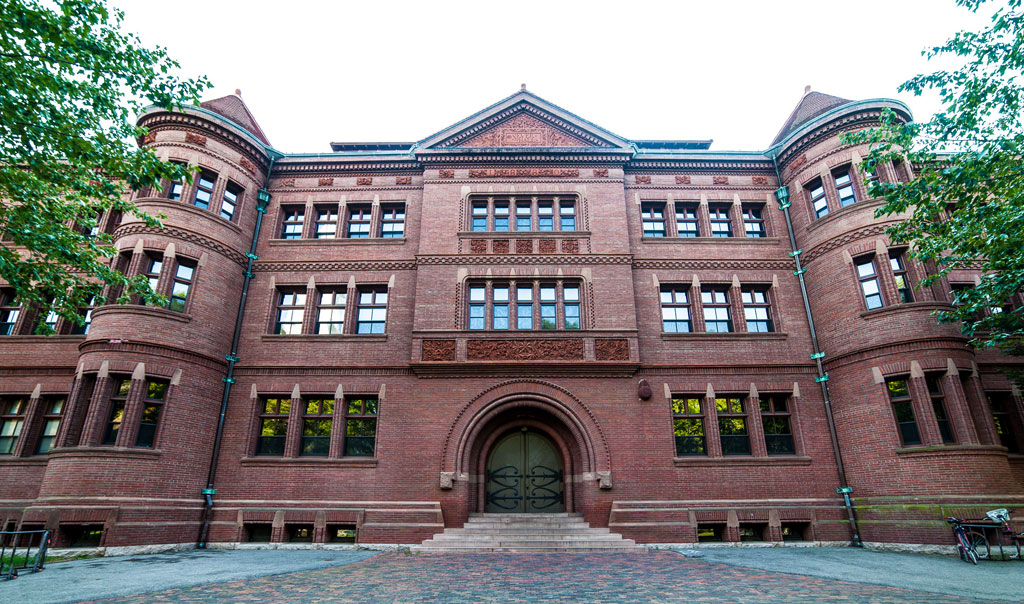 Sever Hall is a four-story, 176 foot wide edifice with classrooms, lecture halls and offices in classic Richardsonian Romanesque red brick designed by the famed H.H. Richardson. Construction began in 1878; the building was added to the National Register of Historic Places in 1970, and Philadelphia architecture critic Robert Venturi has called it “my favorite building in America.”

The age of the building brought concerns about asbestos contamination. Firefighters were working to “figure out what areas may or may not be contaminated,” according to scanner reports.

The hall was probably last in the news six years ago, when it was among four Harvard sites evacuated for what turned out to be a false bomb alert. The hoax canceled finals Dec. 16, 2013, which was considered the goal of the student accused in the plot, Eldo Kim.