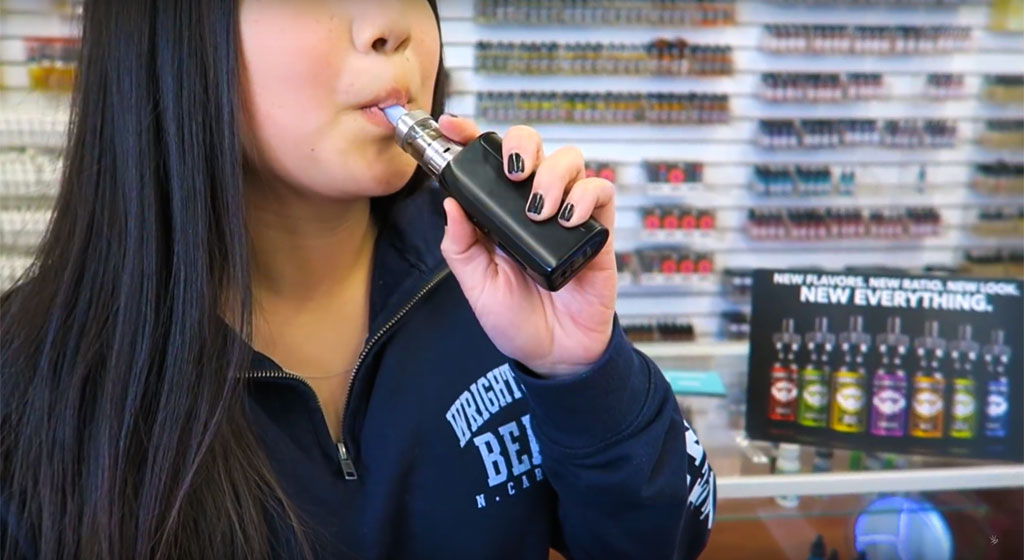 A four-month ban on sales of e-cigarette products went into effect in Massachusetts on Tuesday. (Photo: Royal Youths via YouTube)

As Massachusetts reported a leap in suspected cases of lung injury linked to electronic cigarette use and the governor banned e-cigarette sales temporarily, a spokesman for the Cambridge Health Alliance said its doctors have seen one patient with symptoms of the vaping-related lung illness that is alarming parents and health officials nationwide.

The local case occurred “this summer,” spokesman David Cecere disclosed Tuesday. He said he could not provide details such as the age and sex of the patient and the health outcome. The Alliance is informing its doctors about diagnosis and treatment recommendations and referring them to advisories from the U.S. Centers for Disease Control and Prevention, Cecere said.

The Alliance will also comply with a new state mandate requiring doctors to report any suspected case to the state Department of Public Health, he said. 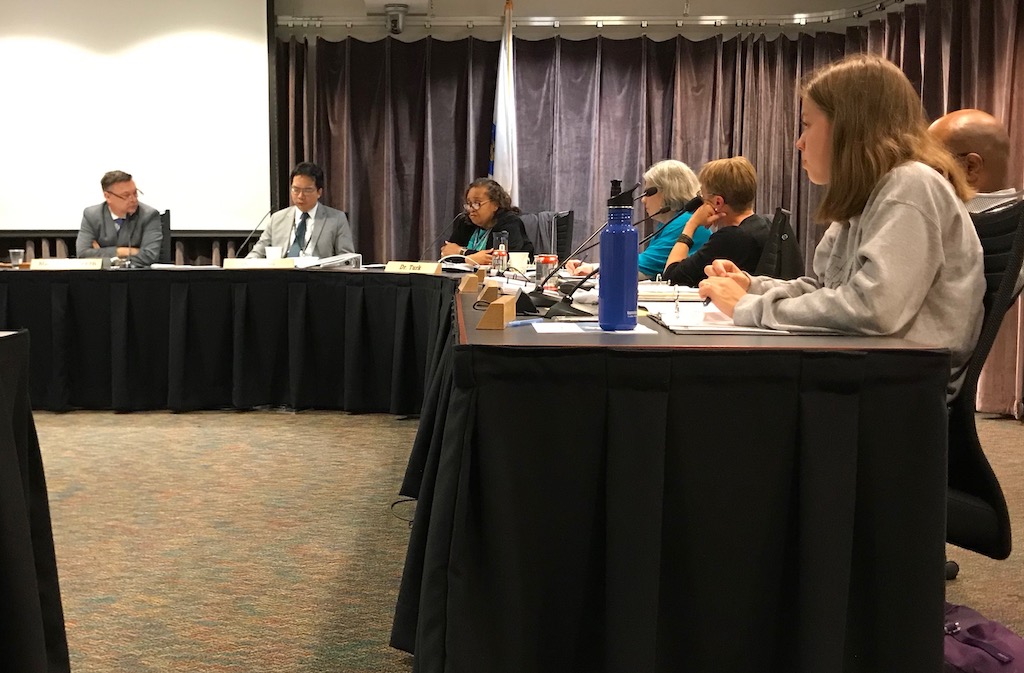 Gov. Charlie Baker declared a public health emergency Tuesday and ordered a four-month ban on sales of e-cigarette products while scientists try to identify the cause of the illnesses, which have now sickened 530 people nationwide. Nine have died. The CDC says victims had a history of vaping, but scientists don’t know what substances in the products or what other factors may have damaged their lungs. E-cigarettes can contain many chemicals besides major ingredients such as nicotine, cannabidiol or tetrahydrocannabinol.

Symptoms of the lung injury include chest pain, shortness of breath, cough, nausea, fever, weight loss and fatigue and can develop over days, the CDC said. If doctors can’t find evidence of infection, and the patient used e-cigarette products, they suspect that the illness is related to vaping. The agency says children, teens and pregnant women shouldn’t use e-cigarettes and that others should “consider” avoiding them if they are worried about getting sick. No one should buy products on the street, the agency says.

As of Tuesday, Massachusetts doctors had reported 61 cases, Baker’s office said. Just one week before, the number was 38. State Department of Public Health spokeswoman Ann Scales could not provide a breakdown of where the victims lived.

A few hours after Baker announced the ban, the Bluemoon Smoke Shop near Central Square was still selling vials filled with liquid designed to be used in e-cigarette vaporizers. A.J., who said he was a manager, said the company would stop selling the products after the state notifies it formally of the ban. City government spokesman Lee Gianetti said Wednesday the Cambridge Public Health Department “is developing a plan to notify expeditiously establishments and area residents” about the ban. The department is also working with a group of six surrounding city health departments, including Somerville, “to discuss a regional strategy,” Gianetti said.

A.J. said he didn’t know of anyone who had gotten sick from vaping. He added that the store sells oils and liquids containing nicotine or CBD, but not THC, a psychoactive compound in marijuana that contributes to a high. Federal health officials say most, but not all, the victims of vaping-related illness used products containing THC.

A.J. said he expected the store to remain in business during the ban, since it sells conventional cigarettes, cigars and other products not covered by the ban.

Lisa, 37, and Mike IX, 50 – the names they gave – were leaving the store after stocking up on nicotine liquids, they said. “I see no point in the ban,” Mike said. “[E-cigarettes] keep people from smoking cigarettes. [The ban] will make kids smoke cigarettes instead of this.”

“I quit smoking eight years ago by using e-cigarettes,” Lisa said. Both said they could find other sources of products during the ban – vaping supplies are readily available online. But Lisa said she believed reputable online companies would not ship products to Massachusetts while the ban was in effect.

State officials appeared to agree the ban might increase cigarette use; the governor’s office said the administration would try to beef up awareness and smoking cessation programs. The state will also establish a “standing order” for nicotine replacement products such as gum and patches, enabling consumers to buy the items at a pharmacy without a prescription.

Cambridge schools and health officials offer programs aimed at educating teenagers on the dangers of vaping, but they were designed before the current outbreak. The city forbids sales of tobacco or e-cigarettes to anyone younger than 21. Tracy Rose-Tynes, nurse manager of school health services, will present a workshop for parents and residents on “Teens & Vaping” billed as addressing the current outbreak – but not until Oct. 29. Rosalie Rippey, spokeswoman for the school department, said there may also be other efforts at individual schools to inform parents and students about the lung illness.

Growth in student use

The School Committee voted Sept. 17 to ask the administration to add information to the ninth-grade health curriculum on nicotine addiction and “lung damage caused by oils in vaping products.” The committee also requested an “action plan that outlines the important public health measures that will be taken to protect our families, students and staff.”

The schools’ 2018 survey of students at Cambridge Rindge and Latin School found that 18 percent had used e-cigarettes during the previous 30 days, a huge jump from 5 percent in 2016. School officials and committee members say middle school students are also vaping. Member Patty Nolan said students at upper schools were known to vape as well; Emily Dexter followed up by saying reports from parents showed “this is happening on school grounds during school hours at the middle schools, during recess. It’s not just kids doing it someplace – they’re doing it in our [schools].”

Deputy assistant superintendent Carolyn Turk agreed vaping was “happening in plain sight, it is right in front of us,” and had just learned of vaping devices that are built into hoodies – so-called Vaprware – or look like computer flash drives.

City councillors voted Sept. 16 to ask the health department and “any other relevant departments” to come up with an ordinance or amendment that would restrict e-cigarette sales to tobacco-only stores serving customers 21 and older and eliminate a current exemption for menthol products. The council wants a proposal this session.