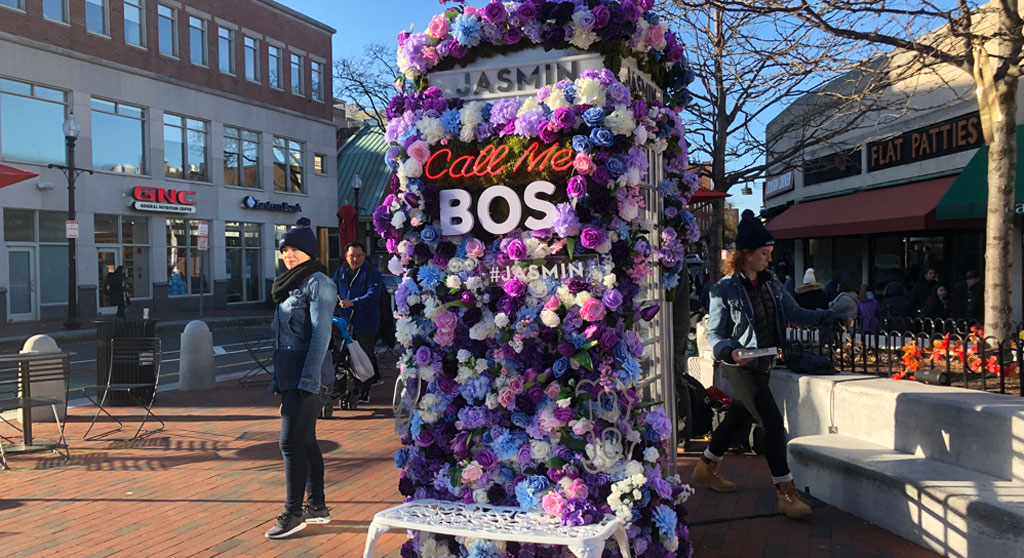 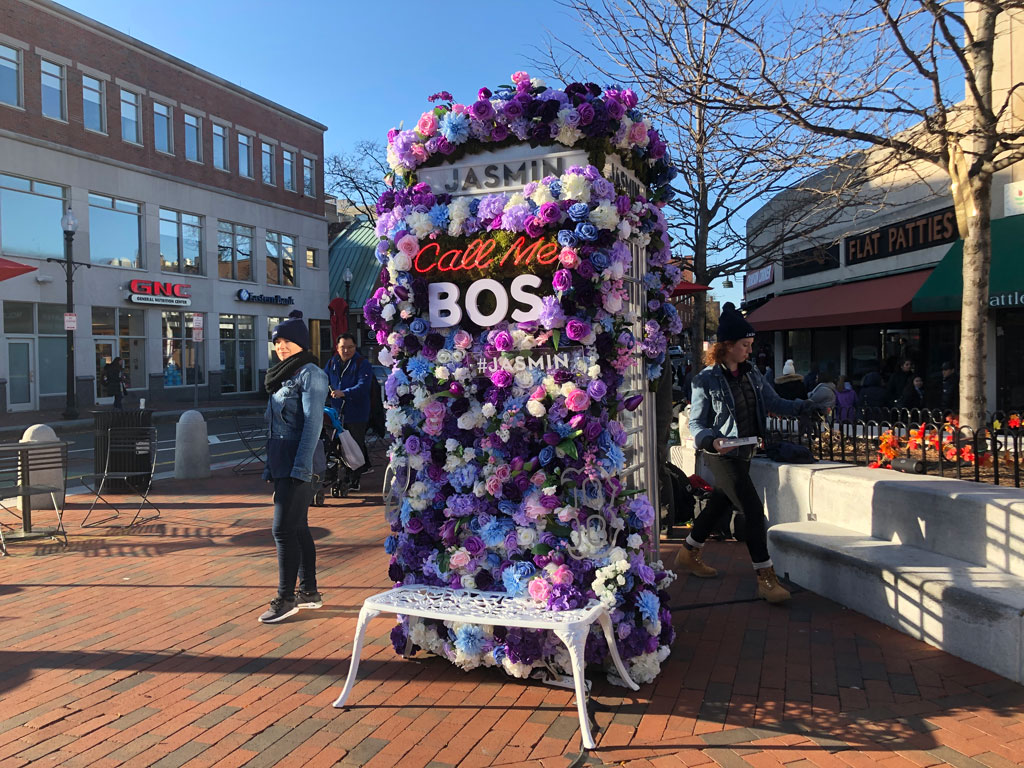 Step inside the lushly decorated telephone booth that’s popped up in Harvard Square, pick up the receiver and you’ll hear one of several automated messages offering advice on a variety of subjects – and supposedly become eligible to win up to $2,500 in prizes, including cash and travel vouchers.

Jasmin.com is owned by a Luxembourg-based Duodecad IT Services, part of a larger collection of corporations under the name Docler Holdings, according to the site’s ownership statement. Another website, known as LiveJasmin.com exists under the same ownership.

The sites both feature adult content, but on LiveJasmin, users stream access to women in lingerie and can buy credits to spend in chats and “private shows”; on Jasmin.com, “influencers” upload videos and articles on a range of topics within the realm of sexuality, intimacy, relationships and self-care. Users can also talk directly with the ones signaling they are “available” on their profile. 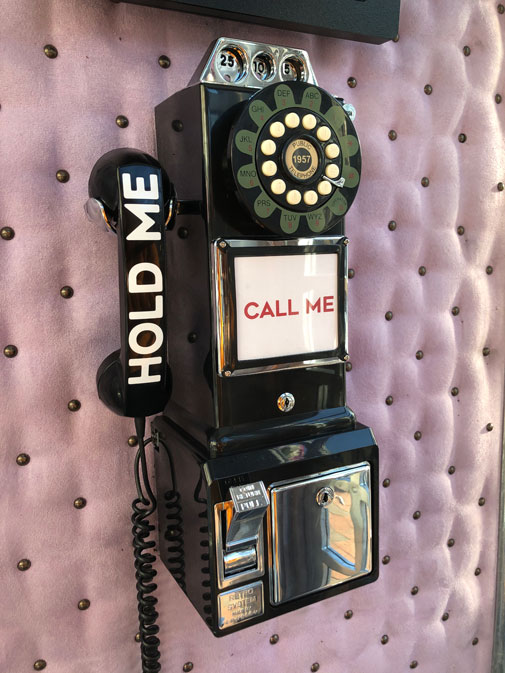 Inside the booth, an old payphone has been retrofitted to play recorded advice. (Photo: Sarah Hope)

Even on LiveJasmin, not all the cam girls perform sexually, according to the company, and Jasmin markets itself as another step back from X-rated content.

“At Jasmin, we’re doing our part in breaking the stigma of sexuality by having honest and open conversations with individuals,” said Rudy Viano, a Jasmin representative watching over the installation Saturday.

Online reviews see little distinction between the two Jasmins, though one homepage is explicitly about sex, while the other includes blog posts as edgy as “The best handmade gifts I ever received!” and “Why a movie date is a bad idea.”

Few people were interacting with the booth Saturday, and weren’t interested in talking about it.

“I would expect the city to review such applications for appropriateness; maybe this one slipped through the cracks,” Ron Newman said in a Facebook conversation Friday.

Recent similar flourishes in historic Harvard Square, especially when perceived as advertising, have drawn controversy too, including Instagrammable wings painted on a brick wall in June 2018 and a construction facade put up in July to prepare a new Ray-Ban sunglasses store.

Attempts to get an official explanation for the booth, which was installed Thursday afternoon and will stay up through 9 p.m. Sunday, were disappointing: City Hall shuts down at noon Fridays. Cambridge Arts director Jason Weeks didn’t respond to attempts to get in touch Saturday.

The Harvard Square Business Association worked with Jasmin to secure permits and approvals from the city – in this case, from Cambridge Arts, said Denise Jillson, the organization’s executive director. The booth wound up on Brattle Plaza, an area where the HSBA holds everything from chili cook-offs to dance parties.

Jillson said she was not aware of LiveJasmin, or of a connection between the websites.