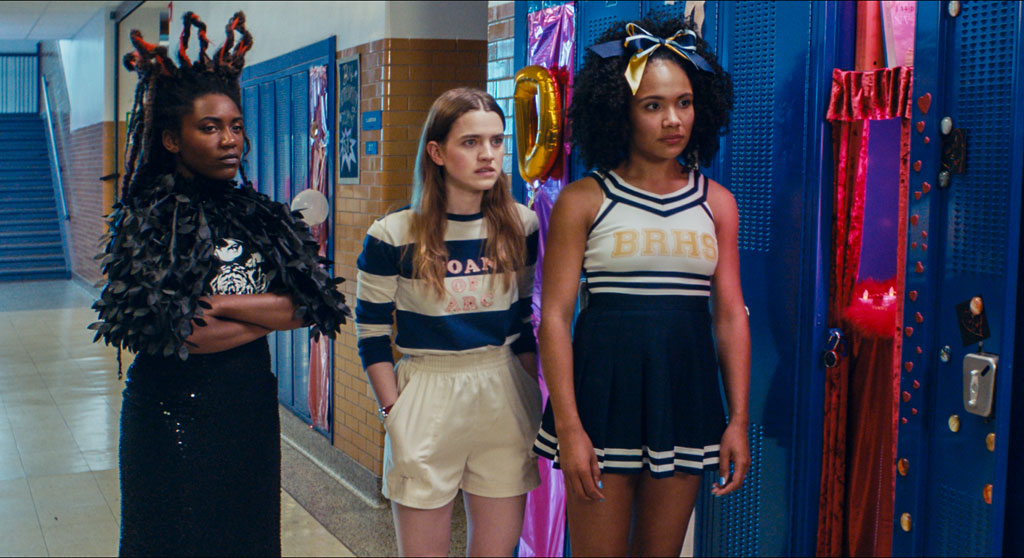 It’s hard to embrace or dismiss “Knives and Skin,” the hip indie curio from Jennifer Reeder. Arty, ambitious and hugely evocative – of David Lynch, primarily, but plenty of others as well, “Knives and Skin“ is a true mixed bag that’s a sheer wonderment to drink in, even though you can see it straining vaingloriously for cult status (think “Under the Silver Lake”). 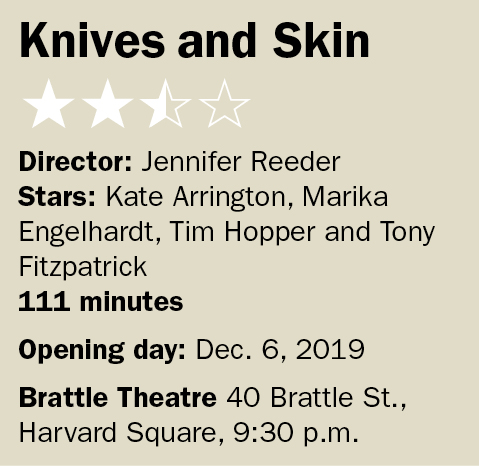 The film begins with a pair of high schoolers off for some nookie in the woods. Caroline Harper (Raven Whitley) without consent carves a “C” on the forehead of her betrothed, Andy (Ty Olwin). Why? So she can find him in the dark. Andy, something of a shallow, semi-good-looking jock, doesn’t seem to care so much as long as the goods are all there, but things don’t go as one might expect. The two separate, and Caroline’s never seen again – becoming something of a stand-in for Lynch’s Laura Palmer in “Twin Peaks” and the impetus for most everything else that starts going weird in the Midwestern burb.

Who knew suburbia was so demented? Well, Lynch, for one; Richard Kelly, who made “Donnie Darko” (2001) for two; and then Michael Lehmann, who made “Heathers” in 1988.

On of the joys of Reeder’s journey behind the closed doors of middle America is the multiracial a cappella group Caroline was involved in. Not only is there a palpable sisterhood (the passing of cherished icons from stall to stall in the ladies room is both touching and an eye popper) and a feminist flag subtly being waved, but the renditions of ’80s classics by New Order, Cyndi Lauper and The Go-Gos are haunting and infectious as they murkily dial up a sense of nostalgic recall.

The major subtractions to “Knives and Skin” is that Andy and Carolyn aren’t so compelling. Andy’s a boorish, self-interested lad, and why any woman gives him the time of day is beyond me. Still the neon-infused work by cinematographer Christopher Rejano and saucy servings from the closet make Reeder’s hodgepodge of shocking revelations-cum-feminist anthem a watchable something hanging between camp and cult.