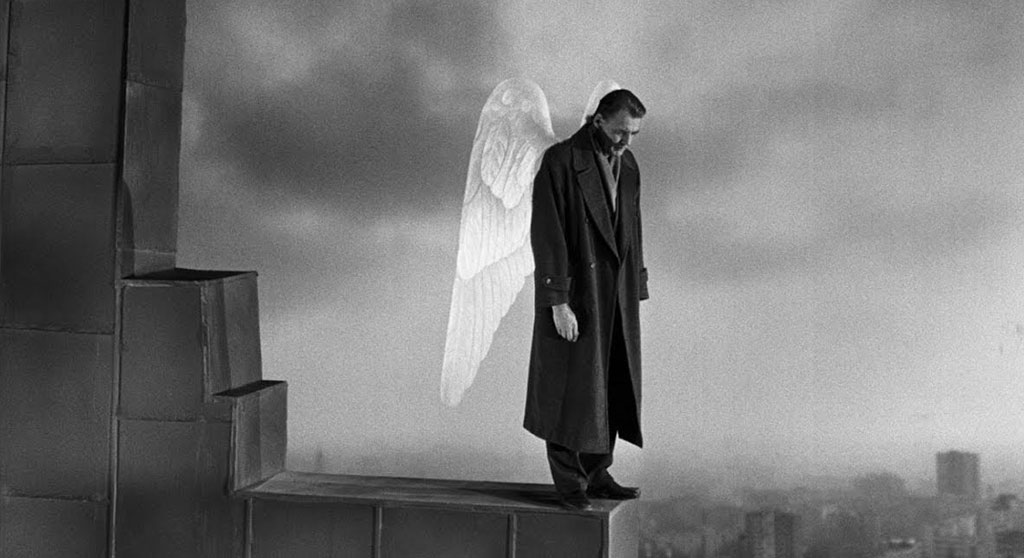 The DocYard series closes out its 2019 season at The Brattle Theatre on Monday with “Present.Perfect.,” in which filmmaker Shengze Zhu follows a dozen Chinese live-streaming anchors for a year. Given the shifting cultural climate in China, it should be illuminating, especially with Zhu in attendance.

The Brattle begins on Wednesday a two-day run of an ethereal tandem, Wim Wenders’ “Wings of Desire” (1987) and Jacques Demy’s “The Umbrellas of Cherbourg” (1964). In the former, Bruno Ganz plays an angel who watches over Berliners – and falls in love with one. Peter Falk plays himself; all the scenes on the Berlin Wall are shot on a staged replica, as filming there at the time (in pre-unification Germany) was not allowed. “Umbrellas,” a visually stunning musical, is generally regarded as Demy’s magnum opus (he was married to French New Wave initiator Agnes Varda, who, sadly, just passed). The film stars a young Catherine Deneuve as a teen who falls in love with a hunky auto mechanic. War and teen pregnancy complicate matters, even as the bubbly, brilliant choreography (those umbrellas!) offsets the dour, dramatic action.

Then on Friday you can learn why Luca Brasi naps with the aquatic as The Brattle, taking a cue from “The Irishman,” serves up the first two installments of Francis Ford Coppola’s “Godfather” saga (1972, and 1974 for “Part II”) the classic American saga about the Corleone crime family trying to go legitimate. A young Robert De Niro plays the young Vito in “Part II,” an intriguing offset to Marlon Brando’s marble-mouthed version in the original. Al Pacino, who plays Jimmy Hoffa opposite De Niro’s Irish hitman in the current Scorsese project (which is projected to pick up multiple Oscars) plays Vito’s son, Michael, in both installments. It’s amazing to look at the two Oscar-winning actors then and now. Coppola would win Best Director for “The Godfather: Part II” and go on to make “The Conversation” in 1974 and “Apocalypse Now” in 1979, for four of the greatest U.S. movies in a single decade in the post-studio era.