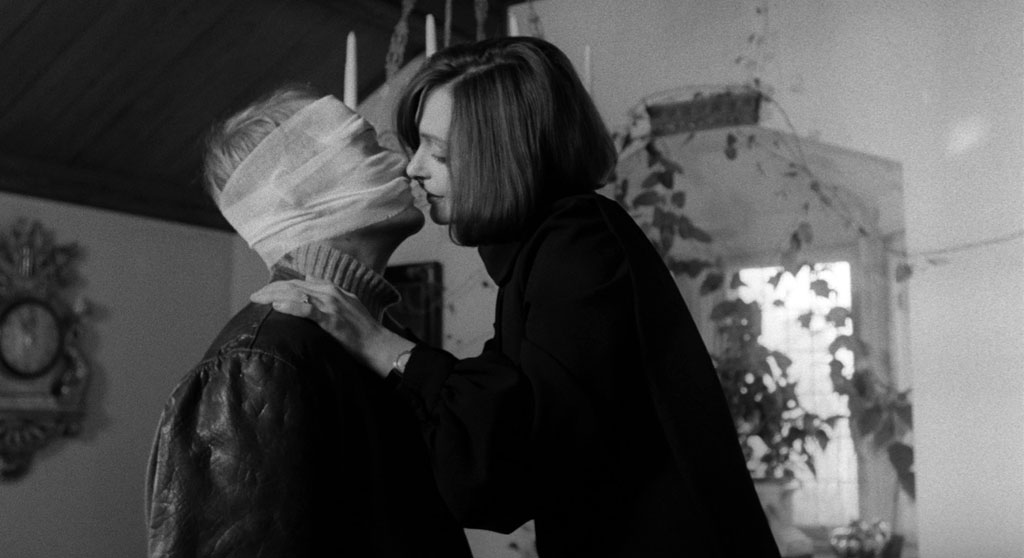 The DocYard series at The Brattle Theatre begins its seasonal wrap-up Monday with “The Image You Missed,” a cinematic essay about the history of the Northern Irish Troubles over a 30-year period and a son’s search for his father. Filmmaker Dónal Foreman will attend. On Wednesday, the revolving program “Grrl Haus Cinema” bring a series of lo-fi shorts by, for and about women to the screen.

The Brattle also boasts two premieres beginning Friday, starting with “Varda by Agnes,” a documentary by the late, great cornerstone of the French New Wave about herself, her films (“Vagabond,” “The Gleaners and I”) and husband Jacques Demy (“The Umbrellas of Cherbourg”). Following along, in the late-night slot, is Jennifer Reeder’s “Knives and Skin” – not to be confused with the recently released “Knives Out,” though both have to do with blades and mysteries. Here, however, in Middle America, a high schooler goes missing and weird happenings ensue. If you’re thinking Laura Palmer and Lynch, you’re on your way.

Also on Thursday, as part of the Brattle’s free monthly film outreach program “Elements of Cinema,” the theater will show Peter Greenway’s audacious feast of ardor, food and fury, “The Cook, the Thief, His Wife, and Her Lover.” The late ’80s classic stars Helen Mirren at the center of a love triangle and a young Tim Roth as one of a clod of British ruffians. MIT lecturer David R. Gammons will be on hand to help put it all into context.

The Harvard Film Archive unearths some unique curios made by or about Americans in a foreign language. Sailing in on Sunday is “The Shipwecker,” a 1984 German production based on U.S. actor Sterling Hayden’s autobiography, “Wanderer” (1963), in which several German actors reenact part of the American actor’s life, including his time cooperating with the House Un-American Activities Committee. On Friday, “Duet for Cannibals,” Susan Sontag’s 1963 directorial debut and homage to all things Bergman, begins an extended run (the recent restoration plays various dates through Dec. 13). Shot in Sweden and in Swedish, “Cannibals” borrows clearly from Bergman’s “Persona” (1966) as it revolves around the power dynamics of two couples and lines between employer and employer and marital fidelity are pushed. Sontag, more widely known as an author (“Against Interpretation”) and activist, made only four films during her cinematic career.

Playing Thursday at the Somerville Theatre, local graphic artist and musician Mark Robinson (The Unrest and Cotton Candy) shares his documentary “Amateur on Plastic” about Washington, D.C., rock legend Butch Willis. Robinson, who grew up in the D.C. area, met Willis at an open mic gig in the early ’80s and was taken immediately by Willis’ talent and character, evidenced by the quirky wit and rollicking riffs that fill the screen. An odyssey along the rocky road of staying in the game and an ode to friendship, “Amateur on Plastic” promises a nostalgic dive back into a garage/bar band scene with plenty of hair to catch your eye – the hair, oh, the hair.