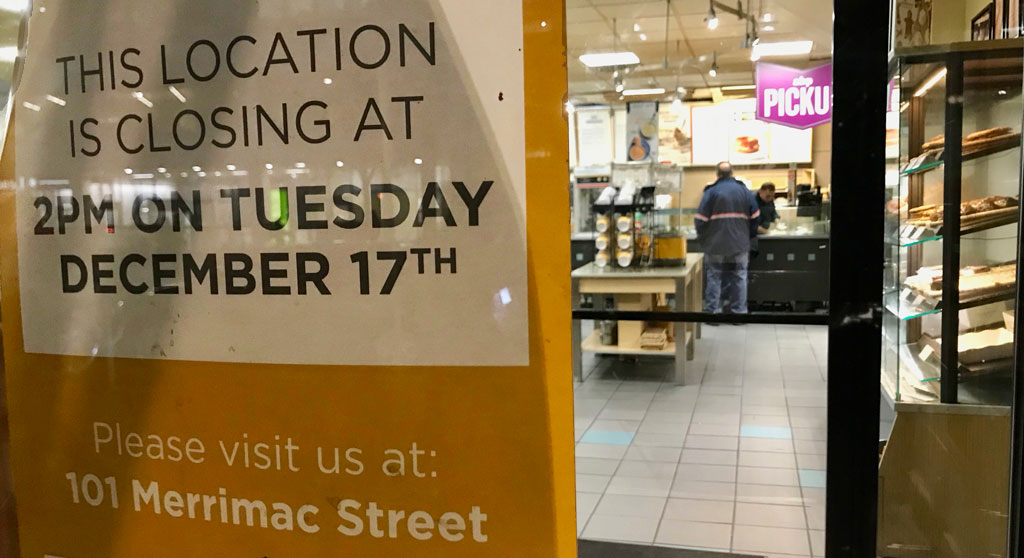 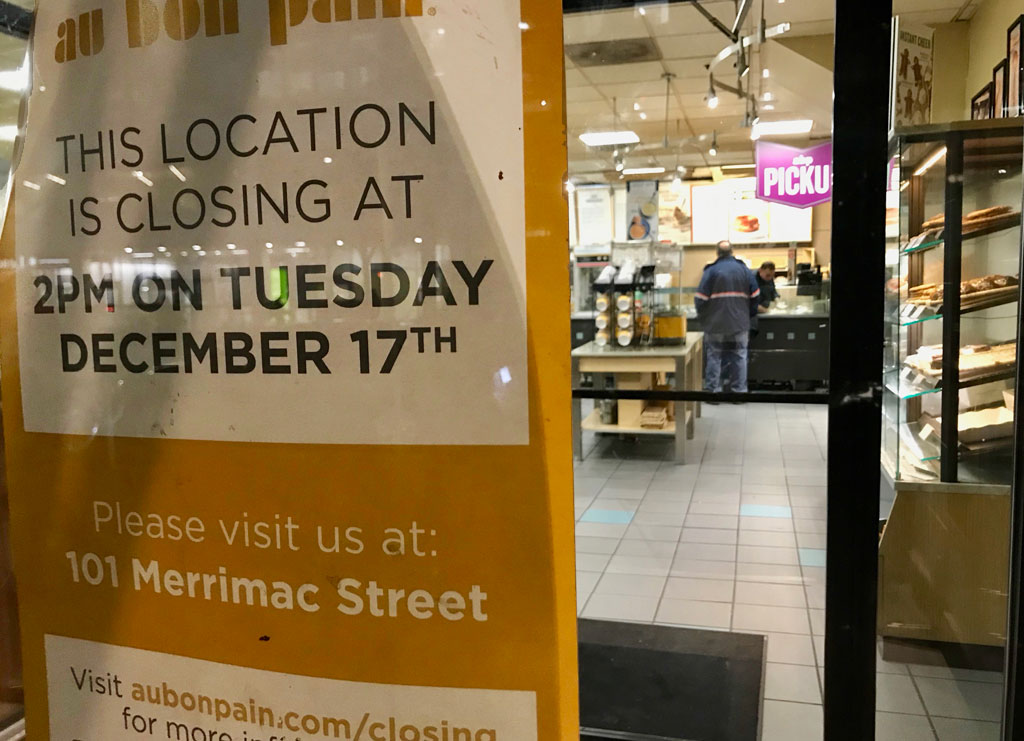 The closing of Central Square’s Au Bon Pain on Tuesday means the end of the chain in Cambridge. (Photo: Marc Levy)

The presence of Au Bon Pain continues to shrink locally despite a decades-old history in Cambridge – where its founders went to Harvard and its business school before a bakery empire was founded in Boston in 1981.

Harvard Square also had a flagship Au Bon Pain – made famous as a setting for a scene in “Good Will Hunting” – that closed for Smith Campus Center construction in 2016. It had been there for 32 years. A smaller location on the outskirts of the square closed in January. On Tuesday, the Au Bon Pain at 648 Massachusetts Ave., Central Square, closes forever.

It means the loss of “a spacious, quiet food establishment with lots of seats where all people can stay a while and talk without spending a lot. There are few, if any, other spaces like that,” customer Laura McMurry said. “It would be nice if the [space’s] new owners could be persuaded to maintain that role.” 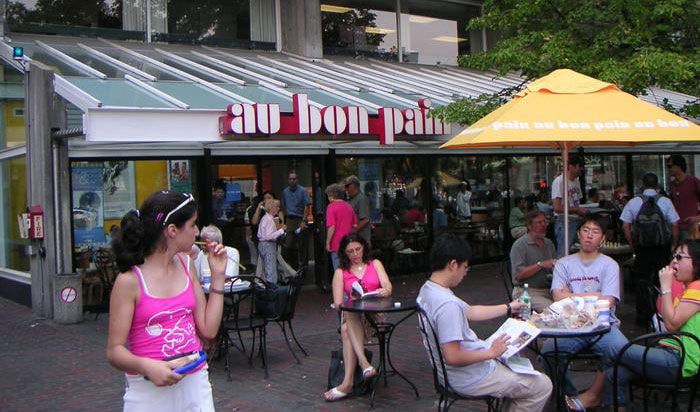 When the location at 1100 Massachusetts Ave., Mid-Cambridge near Harvard Square, closed early this year, a sign in the front window said “We continue to search for a future location in this area.” No announcement has come.

A CambridgeSide mall Au Bon Pain also disappeared this year, along with one at 238 Main St., Kendall Square, amid Massachusetts Institute of Technology construction. Just one Au Bon Pain is left in Cambridge and Somerville, at 18-48 Holland St., Davis Square, Somerville. There are 10 in Boston.

The cause is a consolidation of retail locations since a 2017 merger with Panera Bread (which actually began as part of Au Bon Pain and spun off the chain in 1999). At the time of the reuniting two years ago, Au Bon Pain had 304 locations worldwide to Panera’s 2,050. Today, Au Bon Pain is down to 250 around the world.

In 1987, when the flagship store in Harvard Square was adding a greenhouse-style seating area that would more than double its size, a worker told The Harvard Crimson, “Sometimes it’s murder around here. At lunchtime there’s so many people standing around eating I can hardly get by them to clean.”

The minds behind the bakeries include Louis Kane, a 1953 graduate of Harvard, and Ron Shaich, a 1978 graduate of Harvard Business School. None of this has saved the local locations, and on Nov. 15, workers at Cambridge’s final Au Bon Pain were told to prepare for a closing.

The lease wasn’t being renewed, they were told, and some took the opportunity to take jobs at other Au Bon Pain or Panera locations, employee Samuel Vidal said.

Hours were cut back, and shelves and menu offerings became increasingly bare. Though hours are also shorter at the Davis Square location – shown on a printed note in the front window but not reflected on the chain’s website – a worker there said there had been no notice to staff about a shutdown there. Perhaps through ignorance rather than by intention, a sign on the closing Central Square location redirects Au Bon Pain customers to a location on Merrimac Street in Boston instead of Davis Square, some 11 minutes away by mass transit.