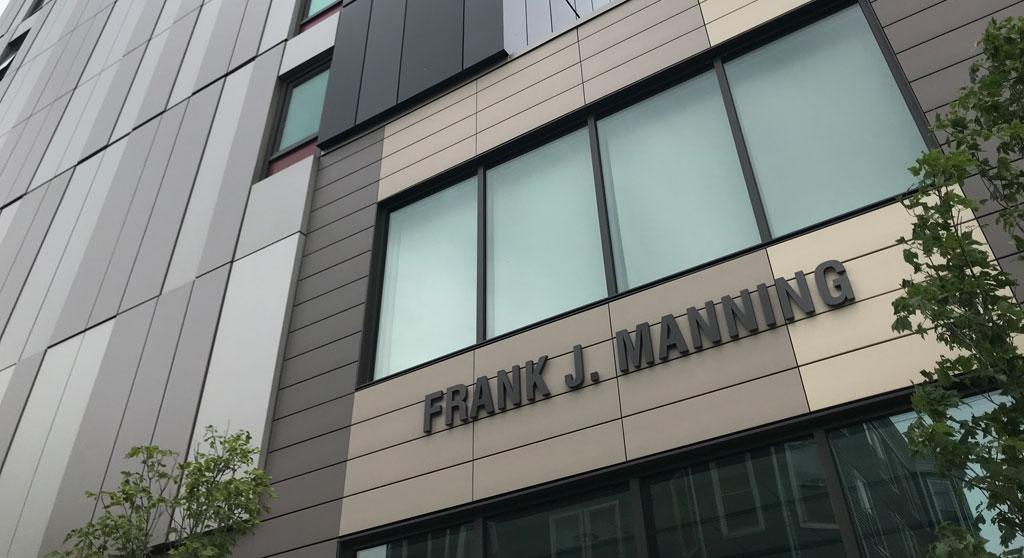 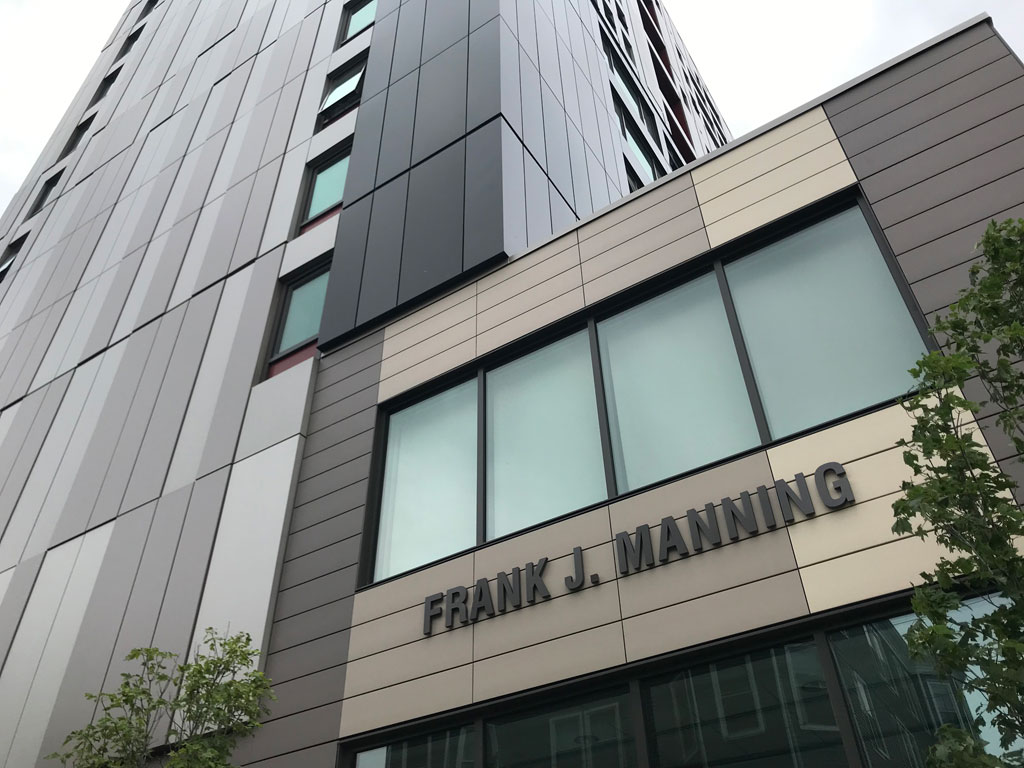 The Cambridge Housing Authority has hired a security company to help keep unwanted visitors from entering Manning Apartments, the public housing development for elderly residents and younger disabled tenants in Central Square. The move came after city councillors suggested that the city look into providing extra security at Manning and other public housing sites near Central Square and The Port, the neighborhood across Massachusetts Avenue from the square.

At the City Council vote Oct. 21, councillors said public housing tenants had complained that they were encountering more non-residents with addiction problems entering their developments, according to a report in the Cambridge Chronicle. Volunteer resident security monitors told councillors the incursions were too much for them to handle.

The authority’s executive director, Mike Johnston, discussed the issue at a board meeting last month and in an email message afterward. He said MDS Protection Services will provide services at Manning, which is 19 stories high and has 199 apartments. Initially, in mid-November, the company stationed a guard at the entrance to make sure visitors sign in, Johnston said.

The Frank J. Manning apartments reopened this year after an extensive renovation that included beautifying and redesigning a small public plaza on Franklin Street between the building and the Central Square Public Library branch. CHA planners expected that by cleaning up the plaza and improving lighting “it would turn the plaza around and make it a more family-friendly area, particularly given the fact that the library is next door,” Johnston said.

Instead, it has attracted homeless people, he said. “In fact, we have made it a more inviting place but we have many people smoking or sleeping there all day,” people who have no connection to the public housing development, Johnston said.

Some of those people began getting into the building either by following a resident or ringing bells until a resident let them in, he said. They went to the second-floor restrooms there, and some used drugs, Johnston told CHA commissioners.

The authority put locks on the restrooms, making them accessible only to residents, who have electronic key fobs. That reduced “traffic in the building, but I still had some residents expressing a sense of nervousness [and] felt we needed to do something more,” Johnston said.

So the authority hired MDS Protection Services, he said. Aside from the guard at the entrance, details of how the company will work at Manning must be negotiated with the tenant council, Johnston said. In public housing developments where there is security, it’s currently provided by residents who volunteer in return for a stipend, he said. At Manning, a volunteer worked at the entrance from 5 to 8 p.m., he said.

The MDS guards will not be armed, Johnston said. Councillors debated whether to ask for unarmed guards. They voted not to request such a restriction, rejecting an amendment by councillor Quinton Zondervan, who cast the only vote against the policy order requesting an assessment of extra security.

The council order asked that City Manager Louis A. DePasquale consult with Johnston, police commissioner Branville G. Bard Jr. “and all other pertinent individuals” about the feasibility of “assigning extra security officers” to CHA premises near Central Square and The Port. It did not specify whether guards should be police officers.

Johnston said that authority officials have met “several times” with the police commissioner since August and Bard has toured Manning with members of the resident council. When problems with unwanted visitors began, authority officials asked for help and the commissioner ordered more “walkthroughs” of the building by officers at the Central Square substation, Johnston said. “That has helped but we thought we needed to notch it up a bit,” he said.

At Bard’s suggestion after he began work as police commissioner in August 2017, the authority has also installed lockboxes for police outside all developments for elderly or disabled tenants; the boxes contain key fobs allowing police to get into the buildings.

“The police do come and do random walks through the building and walk the stairways,” Johnston said. One problem is persuading residents to call the police when they see an intruder, he said. Tenants are reluctant because “if you kick someone out, when [the resident] has to go out, the people she kicked out are in the square.“

Calls are important not only to protect residents but because Cambridge police assign officers to an area “on the basis of the number of calls,” Johnston said. Authority security officials are working on the issue with tenant councils and residents, he said.

A“wet shelter” that accepts inebriated people – not the usual protocol for homeless shelters – is not far away at 240 Albany St., and there are two liquor stores in the square. A small enclave of homeless people often sleeps and hangs out during the day under an overhang next to the Central Square Library entrance on Pearl Street.