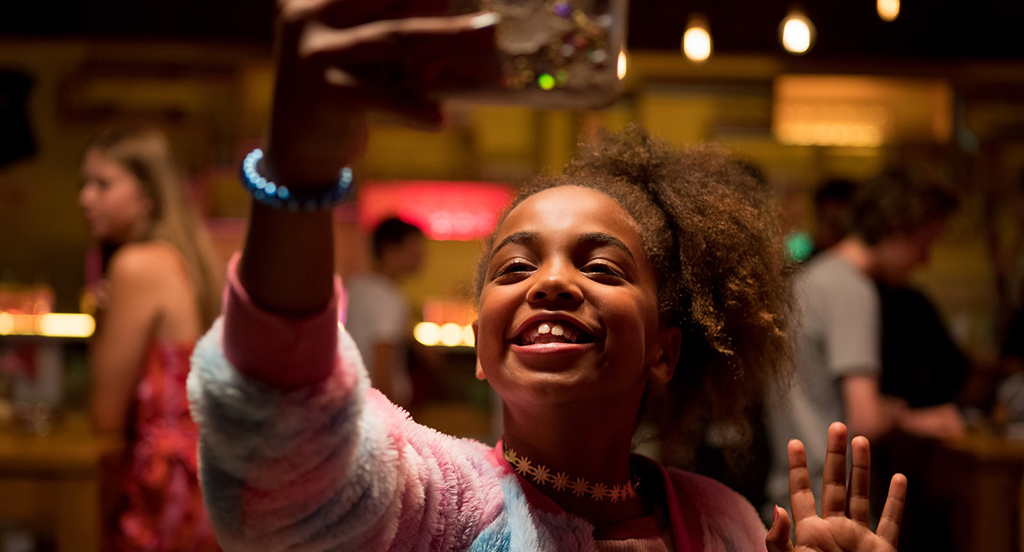 On Monday’s Martin Luther King Jr. Day, The Brattle Theater becomes the venue for Belmont World Film’s 17th Annual Family Festival. The daylong event kicks off with the on-topic tribute “Honoring Martin Luther King Jr.,” a series of shorts including those from Weston Woods Studios, a filmed testimonial from King’s sister, Christine King Farris, and a focus on Rosa Parks. Its the last day of a fest that kicked off Friday and played theaters in Arlington and Belmont. Later in the day, screenings include the animated space adventure “Terra Willy: Unexplored Planet,” “Animated & Adorable: Short Films About Animals from the Francophone World,” a sure bundle of cuteness, and “Binti,” about a girl with big dreams threatened with deportation to the Congo. “Binti” is subtitled (but there is a headphone option), and part of the proceeds go to the Refugee & Immigrant Assistance Center. All films are listed as appropriate for ages 5 and up.

On Friday, the Brattle changes gears with “Things to Come: The Birth of Sci-Fi Cinema.” The retro-scare program opens with “Things to Come” (1936) starring Raymond Massey in a story from a collaboration with H.G. Wells himself that finds the world at war (World War II, which had yet to come, so freaky in its prognostication) and chronicles the vast, rippling aftermath. The film’s paired with George Méliès’ classic short silent, “A Trip to the Moon” (1902). Saturday features Fritz Lang’s indelible portrait of a dystopian future, “Metropolis” (1927), and Sunday is a salute to mad scientist classics including “Frankenstein” (1931) and “The Bride of Frankenstein” (1935), both by James Whale; the 1932 version of “Dr Jekyll and Mr. Hyde”; and “The Invisible Man” (1933). Future titles include “The Man They Could Not Hang” (1939) and “Dr. Cyclops” (1940).

Also on Monday, the “(Some of) the Best 2019” programming continues with evening screening of “The Last Black Man in San Francisco.” The fantastic debut film and social commentary by Joe Talbot emerged as a bit of a surprise by the director and star Jimmie Fails. The film won the Best New Filmmaker Award from the Boston Society of Film Critics.

More on MLK Day and kids

Also on Monday, the Harvard Film Archive plays “Eve’s Bayou” (1997) the coming-of-age story of an African American girl (Jurnee Smollet) in Louisiana and her controlling, adulterous father (Samuel L. Jackson, who helps produce as well). The film was critically acclaimed when it came out but then faded from the repertoire; its recent inclusion into the Library of Congress and director Kasi Lemmons’ most recent work, the Oscar-nominated “Harriet” (for Cynthia Erivo as the slave turned abolitionist) brings the sharp portrait of domestic life on the bayou back into focus. Also on Saturday, the HFA hosts a late afternoon showing of the animated “Tito and the Birds” (2019), where the young titular boy seeks a cure for an epidemic that causes a state of panic. The film is in Portuguese and subtitled. “Tito and the Birds” has a $5 matinee price and is free to anyone with a Cambridge Library card.