‘The Last Black Man in San Francisco’: Occupying family home doesn’t get it back 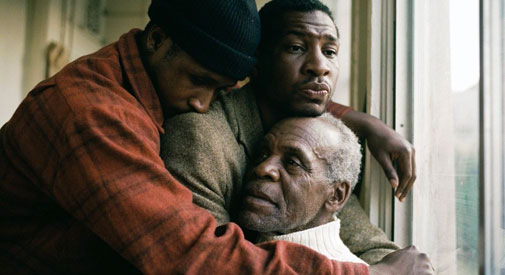 ‘The Last Black Man in San Francisco’: Occupying family home doesn’t get it back

Given efforts to address the widening socioeconomic chasm in Cambridge and matters of diversity and affordable housing, there might not be a more apt fable to heed than that of “The Last Black Man in San Francisco” – even if that city’s affordability and economic divide, with its long list of tech startups and horde of nouveau millennials, far outpaces ours. This Spike Lee-sque work about a forlorn young man looking to return to the stately family home where he grew up hits all the right (dis)chords, though. The house, in what was once known as the “Harlem of the West” (in the Fillmore District) is now a tony enclave perched quaintly atop a San Fran hill, streetcar stop and all, that looks right off the Travel Channel. The specter of gentrification is in every frame of this Sundance-winning film, though never directly named. 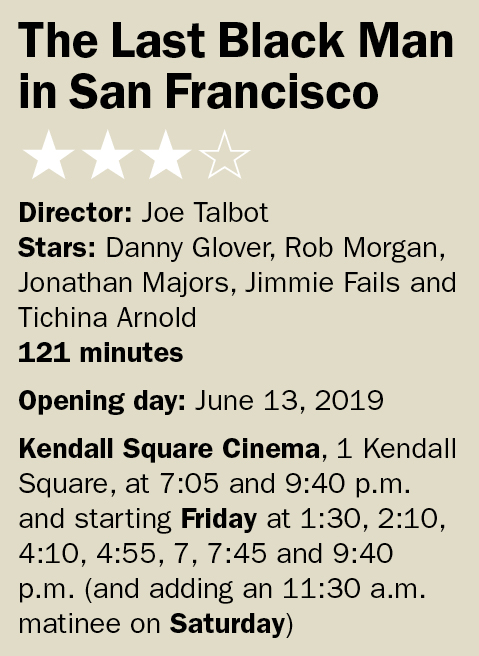 So what does Jimmie Fails (played by Jimmie Fails, can you dig the meta framing?) do to gain back the the periwinkle-gray Victorian manse? Well, he just shows up and starts cleaning, raking the yard and painting the windows sills – which doesn’t sit well with the current white owners, who themselves are in a financial pickle and forced to move out. That’s when Jimmie and his pal Montgomery (Jonathan Majors), who’ve been in a less desirable part of the city with Mont’s blind grandfather (Danny Glover – again this week after “The Dead Don’t Die”!), decide to move in. None of that is on the up and up, which gives the film its teeth; the stakes climb even higher when the “witch hat house” goes on the market for a cool four mil. Jimmie, a caregiver at a retirement home, and Mont, who works in the local fish market, don’t have a chance in hell of buying it.

The resolution is ultimately beside the point. It’s more about the subtle portrayal of race, the impact of gentrification and the grim prospects for young men of color who have either unwisely stepped outside the law or been passed over by the system. “Blindspotting” (2018) moved in similar waves, but not quite as engrossingly or with such inventive nuance. The film, directed by Joe Talbot (who is white) and conceived by he and Fails, swings for the fences, evoking at points Godard’s “Weekend” and Lee’s “Jungle Fever” and succeeds for the most part, even if the premise feels razor thin, contrived and unlikely.  The gathering of tough lads who sit outside Mont’s grandfather’s house and drop the N-word more than the article “the” (if it’s ever even used) become a captivating Greek chorus (one’s a dead drop-in for Radio Raheem) and a reality check on the American dream, not to mention a harsh reminder of the irrational suddenness of street violence and the improbability of making it off the street once you’re there.

Fails – the character, not the actor – is saddled with a lot: mom and dad are absent (due to circumstances it’s hard to have complete empathy for) but remain present in the corners, framed as impactful forces. He’s also spent time in juvie. But somehow his mission and character profile, while palpable and moving, isn’t as intriguing as Mont’s, a complex, multilevel eccentric, an aspiring intellect in tweed, a younger, emotive David Allen Grier. It’s a mind-blowing performance that pretty much makes the film – or I should say, holds us in place. Some of the dreamlike, absurdist scenes orchestrated by Talbot are a wonder to drink in. Boots Riley went this way with “Sorry to Bother You” (2018, also starring Glover as the golden “white voiced” black salesman), and while not every one of that film’s surrealist experiments landed, the sum was visceral and far-reaching in ways far beyond that of a more conventional approach. Same can be said here, about a film whose title says it all. A title change to “Cambridge” would work just as well.