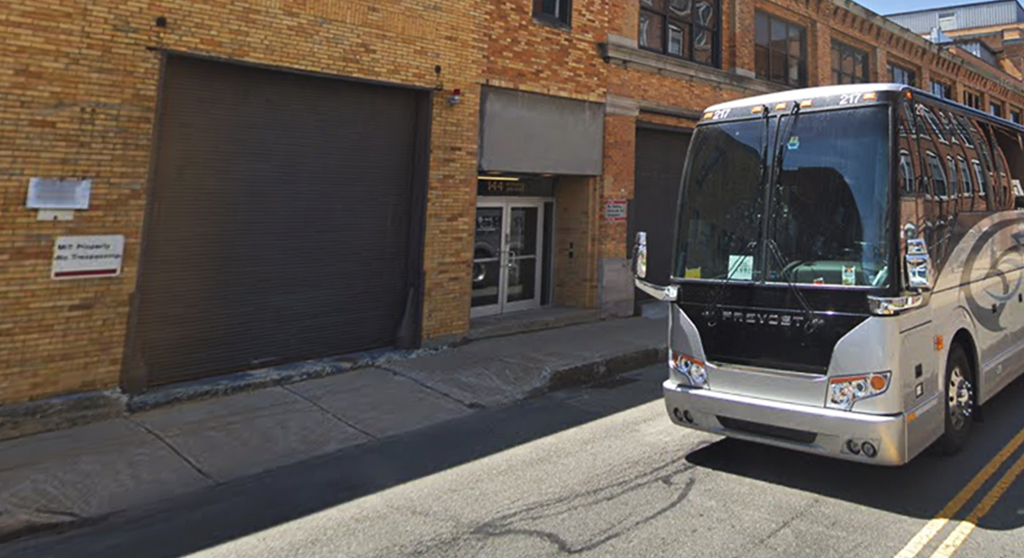 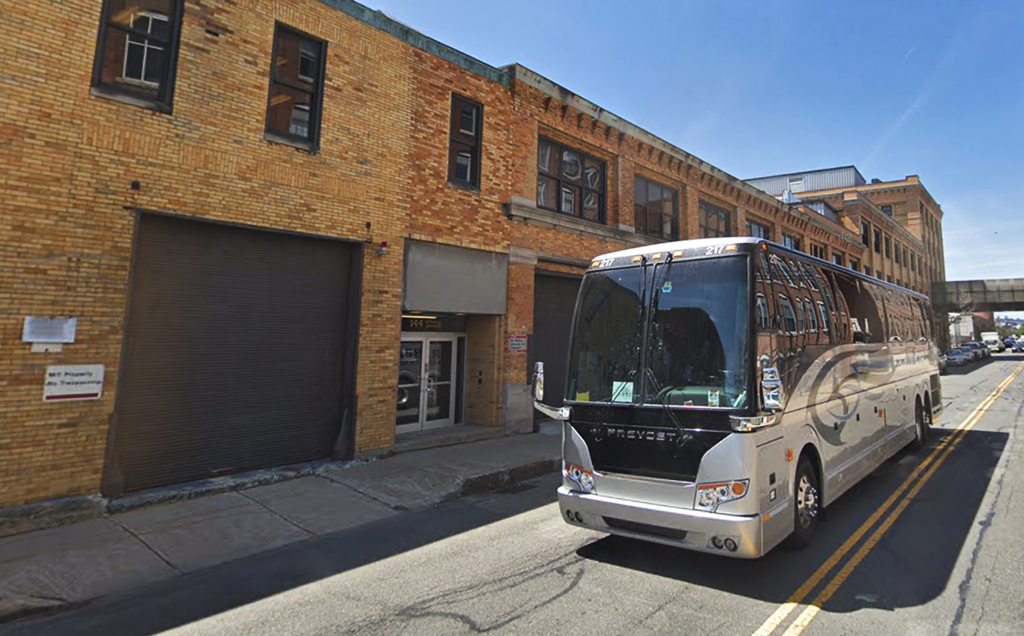 A bus passes Albany Street buildings owned by MIT where “Residual traces of chemicals in 1960s-era pipes” is blamed for zinc and mercury that exceeds sewage pollution limits. (Photo: Google)

Four icons of Cambridge business and education violated sewage pollution limits during 2018 and 2019, sending excessive amounts of zinc, mercury, formaldehyde and cyanide into the city’s system and from there to the Deer Island treatment plant, according to regulators. One of them, the Massachusetts Institute of Technology, still can’t meet limits for zinc and mercury consistently and seeks more time to comply.

The other three, Harvard University, candy maker Cambridge Brands and Kendall Square landlord Alexandria Real Estate Equities, have corrected their violations. Harvard was cited for mercury and formaldehyde; Cambridge Brands for zinc; and Alexandria for cyanide. (An Alexandria official said the cyanide finding was a “false reading.”)

Separately, Cambridge Brands paid a fine of $15,000 for not renewing its sewage discharge permit on time. 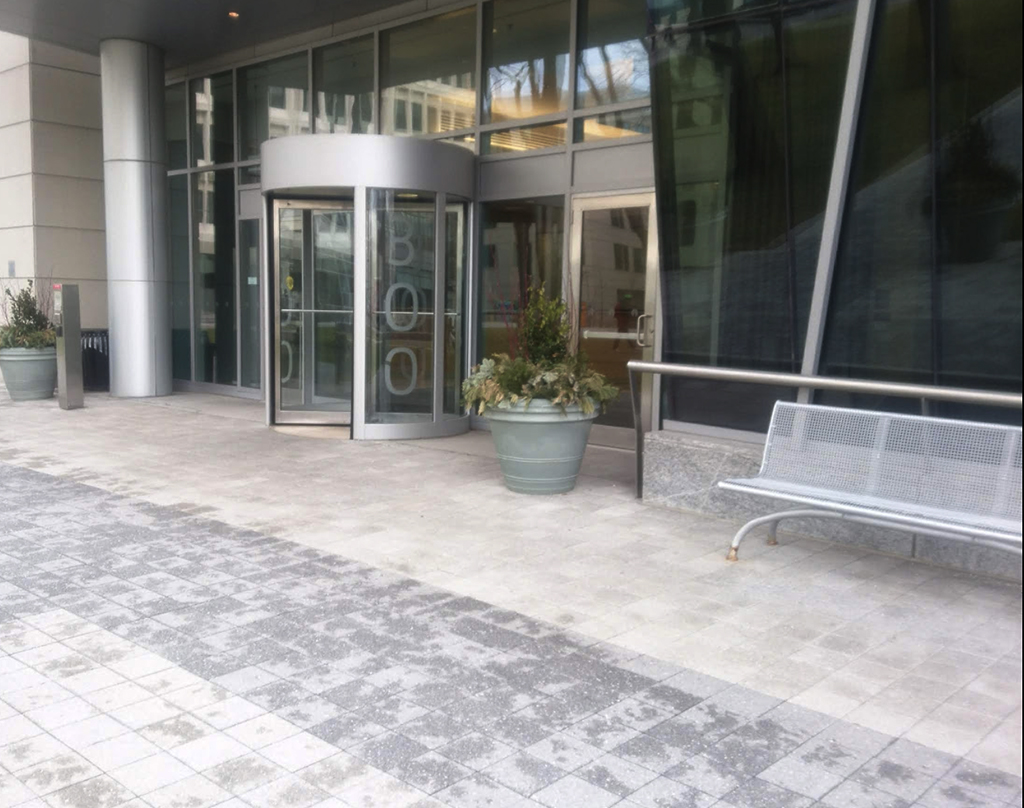 Alexandria Real Estate says there was “a false reading” of a cyanide violation at its 300 Technology Square building. (Photo: Sue Reinert)

The four entities were among 38 organizations characterized as “significant industrial users” of the sewer system that were in “significant noncompliance” with sewer discharge limits from July 1, 2018, to June 30, according to the Massachusetts Water Resources Authority. The water and sewer agency doesn’t announce violations; it does publish a list of violators once a year in tiny type in a legal advertisement in the Boston Globe. The notice for 2018-2019 appeared Jan. 11.

The agency tries to limit the amount of toxic metals and chemicals discharged into sewers because treatment at Deer Island cannot remove all of it, the authority says.

“Toxic substances from homes, industries and storm runoff can cause serious problems if allowed to enter our sewer system uncontrolled,” the agency says in an explanation of its enforcement program. “Even the most advanced wastewater treatment systems are not designed to treat and remove metals, petroleum, chemicals and many organics; these pollutants must be addressed at their source. Excessive levels of such chemicals can limit MWRA’s use of wastewater sludge as fertilizer, threaten the marine environment or hinder the treatment process.”

Mercury is a special concern because it can accumulate in fish and poison humans. The agency bans mercury discharges into the sewer totally but does not take enforcement action unless the amount exceeds 1 part per billion. MIT discharged 2.5 parts per billion last February – one of three instances when its discharge exceeded the limit – and Harvard discharged 2.6 parts per billion in November 2018, the agency said.

The state agency ordered MIT to meet limits for zinc and mercury by Jan. 27, more than a week ago. The university is appealing, saying it cannot comply until Sept. 30 because both metals may have contaminated the plumbing of two Albany Street buildings that drain into the sewer discharge, and the plumbing may need to be replaced. One reason for the contamination, the school’s appeal said, could be “historical research” conducted in the buildings.

The appeal noted that the total amount of liquid sent into the sewer from the buildings is less than 200 gallons a day, reducing the threat of continued mercury and zinc discharges. The state agency is considering the appeal.

In an email, Joe Higgins, MIT vice-president for campus services and stewardship, said the “root cause” of the violations was “residual traces of chemicals in 1960s-era pipes” in one of the buildings, NW13. The building is at 144 Albany St. Higgins declined to comment further, saying it would be “premature” while the state agency considers its options.

Property records show the school bought the property in 1960; it was formerly the Ward Baking Co. It was torn down and replaced by a building that now houses MIT’s nuclear reactor laboratory.

In a response to Cambridge Day questions about the state agency finding for Cambridge Brands, spokeswoman Ellen Gordon said the company “is careful” about what it discharges and that the violations had been “completely corrected.” According to the agency, the company sent excessive amounts of zinc into the sewer in July, August and September 2018 and has been in compliance since last February. The August 2018 discharge of 2.99 parts per million of zinc was almost three times the limit of 1 part per million. Gordon said she didn’t know the reason for the violations.

Tom Andrews, Alexandria Real Estate co-president and regional market director for greater Boston, said the company traced its alleged cyanide violation to “cleaning materials used in an inactive laboratory” at 300 Technology Square. Andrews said an investigation found no tenants in the building had used cyanide and he called the violation “a false reading.” The state agency said the company discharged 1.44 parts per million of cyanide last March, almost three times the limit of 0.5 parts per million, and met cyanide restrictions within a month.

Harvard spokeswoman Brigid O’Rourke said in an email message that the university “maintains robust compliance programs” and if an excessive release occurs, “protocols are in place to ensure an immediate and appropriate remedy for the issue.”

The discharges of mercury and formaldehyde “involved minute amounts and were resolved promptly without any adverse environmental impacts,” she said. Besides the mercury violation in November, Harvard discharged 22 parts per million of formaldehyde May 15, the state agency said. The formaldehyde limit is 9 parts per million, mainly to protect treatment plant workers from harmful fumes. Subsequent sampling in both instances showed that Harvard was within limits.

The state agency can impose significant fines for violations – up to $10,000 a day for excessive discharges – but rarely does. It issued 389 enforcement notices to sewer users in the 2019 fiscal year and collected $14,000 in penalties, the annual report of its toxics reduction program said. Cambridge Brands’ fine wasn’t included because it occurred during the current fiscal year.

Agency spokeswoman Ria Convery said enforcement severity is calibrated to “the seriousness of the violation” and tries to adhere to “escalating enforcement.” First and second violations get “a lower level of enforcement, such as a Notice of Violation,” she said. The MWRA may turn to penalties if violations persist despite “corrective action,” Convery said.