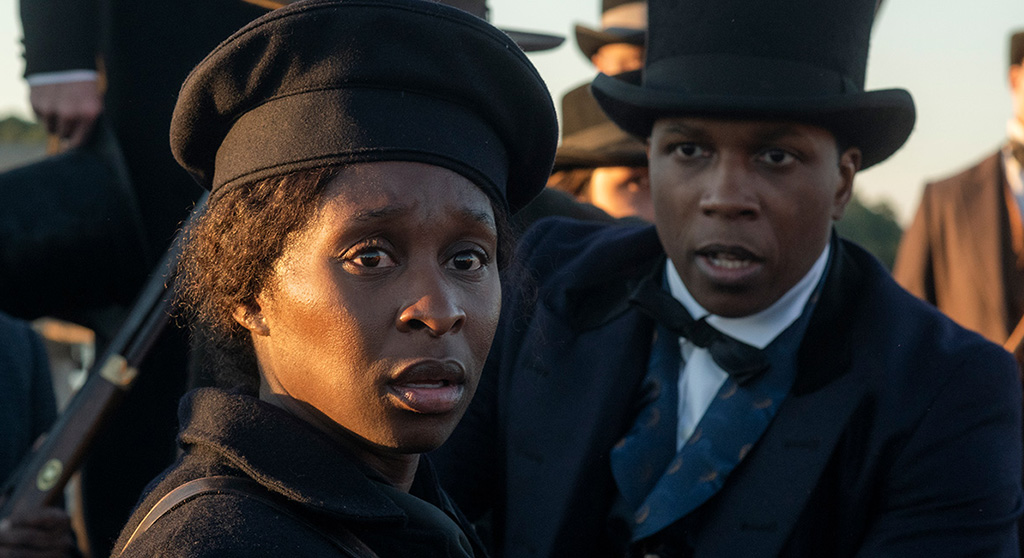 Film Ahead is a weekly column designed to highlight special events and programming for the discerning Camberville filmgoer seeking something old, something new and ever provocative.

With the closing of all movie theaters as a result of Covid-19 health concerns and social distancing mandates, “Film Ahead” will now list a selection of 10 films I’ve seen recently that you can find streaming or on demand from Xfinity, Netflix or Amazon Video. Interestingly, some films released in theaters only recently – “The Hunt,” “The Invisible Man” and “Emma” – are moving almost immediately to streaming services, since their time in theaters was cut short.

Also in these trying times, you can help cultural institutions and organizations such as The Brattle Theatre and Independent Film Festival Boston that will face serious shortfalls as a result of closings and postponements. You can do small things such as renew memberships early and add a few dollars as a donation, or look for them as beneficiaries of the Amazon Smile donation program, in which a small part of an Amazon purchase goes to help the target of your choice. Also, the Brattle (with a podcast on the way) just announced it’ll be passing on viewing recommendations to members and loyalists, including “Y’Know, For Kids” – which, as you can imagine, offers programming suggestions for kids.

A domestic-life horror show that in texture is something of a cross between “Rosemary’s Baby” (1968) and an Italian giallo flick. The moody aural atmosphere and astutely sharp visuals by director Carlo Mirabella-Davis draws the viewer in quickly, and Haley Bennett is perfect as the imperiled, newly pregnant wife of a controlling scion of industry. To cope with it all she watches lots of raw, bloody footage on TV and swallows sharp objects ceaselessly. There’s clearly something dark lurking inside their spacious, modern flat, but the most terrifying thing may just be those with money and power and their egos.

The film that made Quentin Tarantino hasn’t held up so well over time, but without it, there’d be no “Pulp Fiction” (1994). The staged drama about a series of misfit hoods holed up in a warehouse trying to figure out how a routine caper turned bloody now feels like a blueprint for Tarantino’s one-room western, “The Hateful Eight” (2015). The wafer-thin plot gets stretched far with smart, nonlinear weaves and a masterful cast crowned by Michael Madsen’s trigger-happy psychopath and Lawrence Tierney’s amiably gruff head honcho.

Tom Cruise is blessed with the amazing ensemble of Gene Hackman, Hal Holbrook, Ed Harris and more, direction by Sydney Pollack (“Tootsie,” “Three Days of the Condor”) and a screenplay contribution from Robert Towne (“Chinatown”), yet the result is a pat paper chase-cum-thriller that’s looking constantly to break the surface. It’s more than serviceable, no doubt, and Cruise works arduously to hone his more adult appeal. The local bonus is identifiable shots of Copley Place and Harvard University.

Mike Nichols (“The Graduate,” “Primary Colors”) directs this riveting adaptation of Patrick Marber’s play about a quartet of lovers who toy with each other’s hearts like a lazy game of tennis. Clive Owen gives the deepest and most emotionally nuanced performance as a dermatologist desperate for love and loyalty, and Natalie Portman is a close second as the coy stripper beholden to Jude Law’s self-centered, stalled writer. Julia Roberts rounds out the quartet as an American photographer in London, and at the top of the romantic food chain. The cruel games theses four engage in are first-world problems, but universal affairs of the heart nonetheless.

Apt, as the annual rite is underway in Florida and under scrutiny as hordes of college students gather while officials ask citizens to self-isolate during a coronavirus outbreak. That aside, Harmony Korine’s Day-Glo road trip-turned-crime spree does lots to play against convention as it transforms wholesome Disney icons Selena Gomez and Vanessa Hudgens into wanton purveyors of hedonism. Insert James Franco into the mix as a small-time gangster and corrupter with lofty expectation, and the powder keg is packed. Korine, per usual, doesn’t take the well-trod path, and the results are more than pleasantly surprising.

Bob Fosse made only five films (“All that Jazz” and “Lenny” among them) but they all landed. The choreographer-turned-director’s nose for human suffering behind the curtain of fame was bloodhound acute and spot-on here in this biopic about Playboy playmate Dorothy Stratton (Mariel Hemingway) and her obsessive husband (Eric Roberts), who practically pimps her out for his own gain. It’s a mercurial domination, hung around Roberts’ immersive rendering of an over-the-top persona on steroids. The film frames domestic abuse and an American tragedy with forensic detail, and Cliff Robertson is in tow as the affable but manipulative Hugh Hefner.

This biopic by Kasi Lemmons (“Eve’s Bayou”) captures the heroic travails of Harriet Tubman, an escaped slave who returns to help others escape on the Underground Railroad and later took up arms against the South in the Civil War. It’s a compelling narrative that gets bogged down from time to time, though that doesn’t diminish the portrait of such an inspirational and iconic figure or Cynthia Erivo’s fiery and compassionate performance, which earned her a rightful Oscar nod.

Before he made “A Streetcar Named Desire” (1951) or “On the Waterfront” (1954), Elia Kazan made this dark tale about a bubonic plague outbreak in the port of New Orleans. It was in my to-see list long before the coronavirus outbreak, so taking it in just on the precipice seems an eerie harbinger. That aside, the film is one the best forensic breakdowns of an epidemic’s spread, and a perfect double bill with Steven Soderbergh’s haunting viral origin traceback, “Contagion” (2011). The sets and staging are fantastic, as is Richard Widmark as the naval health official fighting to keep a lid on the matter so he can isolate the point of infection. Jack Palance notches a mesmerizing presence as a menace of the streets with a long reach and dubious morals.

A gonzo sci-fi spectacle (think of the recent freaky Nic Cage thriller “Color Out of Space”) that stars two of America’s greatest directors, as well as an NBA legend, and is essentially “The Omen” (1976) goes galactic. You’ve got Franco Nero playing Jesus and John Huston as something of a benevolent god creature come to save Earth from an 8-year-old girl named Katy Collins (Paige Connor) who makes Damien and Carrie look like evil slackers. In it all, Kareem Abdul-Jabbar gets the basketball blown out of his hands, and the focal point of the film, Katy’s mom (Joanne Nail), gets beaten and terrorized and artificially inseminated by ETs. The special effects are quite chintzy, Sam Peckinpah casts barely a shadow of humanity – and then there’s the teeming flock of birds. This is Cheez Whiz that barely cuts it as a cult staple.