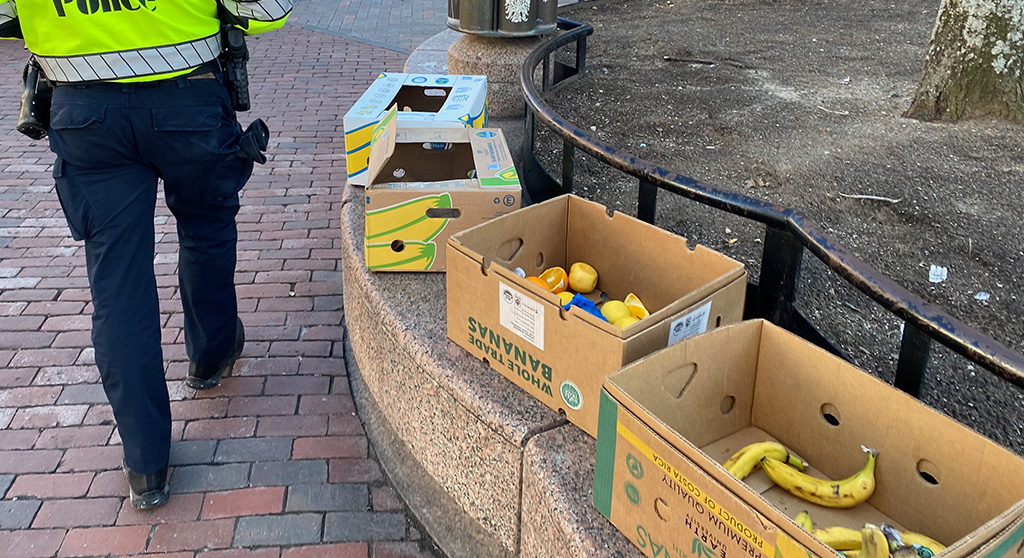 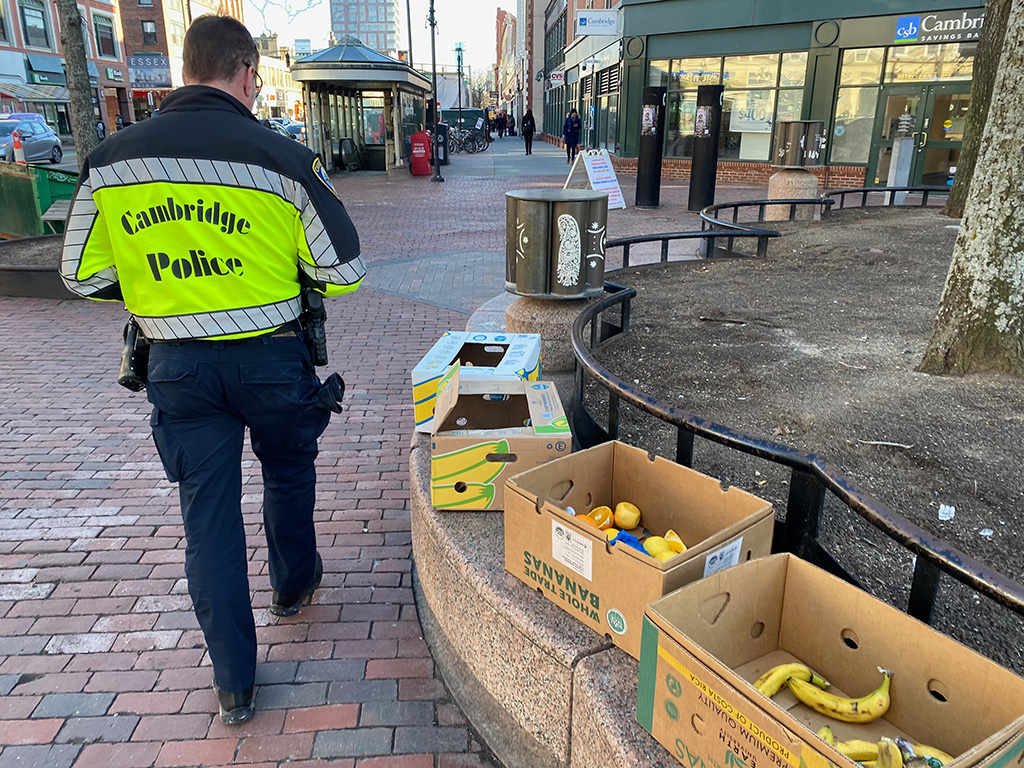 A police officer passes by food left out for the homeless in Central Square in late January. (Photo: Marc Levy)

The city still hasn’t come up with a place where homeless people can isolate themselves if they fall ill with Covid-19, and those who are well don’t have spaces to congregate while staying a safe distance apart. That was the case a week ago and that was the message from Cambridge officials at Monday’s meeting of the City Council, though officials said they were working hard to solve the problem.

Chief Public Health Officer Claude Jacob said officials are talking to Harvard University and the Massachusetts Institute of Technology, which have sent students home and moved to online teaching, about using empty space for health care workers and homeless people who need to be isolated. One obstacle is that some students are still living in residence halls, vice mayor Alanna Mallon said.

The city did announce on Sunday that it is contracting with restaurants, many of which are struggling or closed because they can provide only takeout food, to send bagged or boxed meals to homeless shelters that need them. 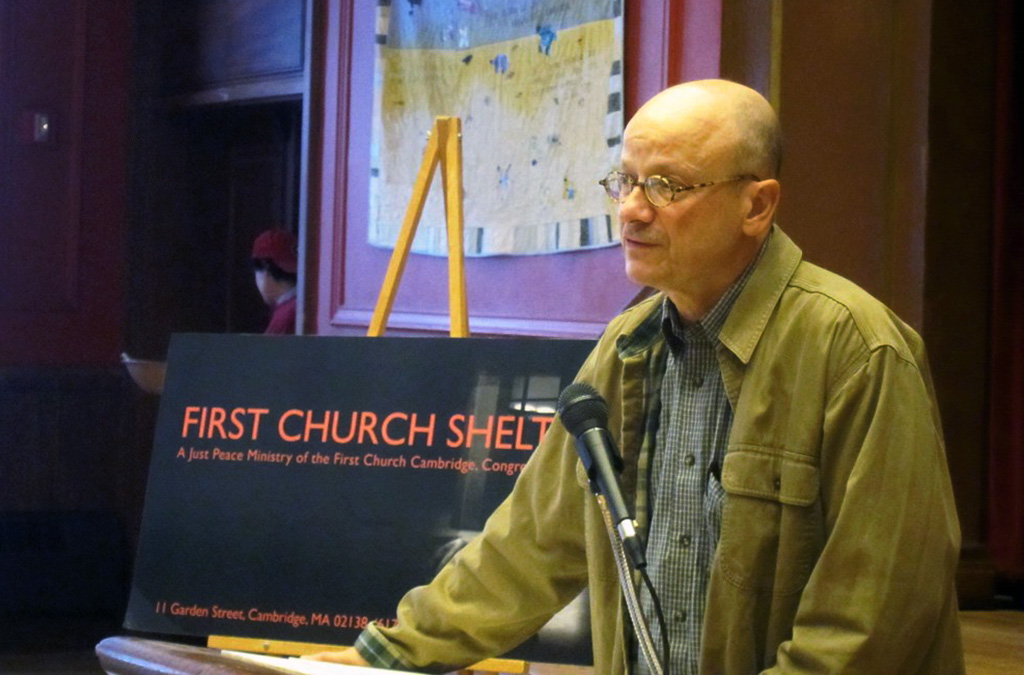 In a measure approved unanimously Monday, councillors suggested asking the Assessing Department and Inspectional Services Department for a list of vacant properties, considering there are two empty city buildings at 884 Main St. and 105 Windsor St., and seeking space from hotels.

The continued inaction is “a public health disaster waiting to happen,” said Jim Stewart, director of the 14-bed shelter at First Church in Cambridge at 11 Garden St. Health experts say most homeless people living in shelters or on the street have underlying health problems that make them especially vulnerable to the coronavirus. Stewart warned City Manager Louis A. DePasquale about the issue in an email more than a week ago. His own shelter can avoid crowding, and the church has given the shelter additional space during the emergency, he said. The church is seeking donations of cleaning supplies in a message on its website.

In contrast, the city’s two major shelters – the overnight site on Albany Street and a “warming center” in the basement of the Senior Center that operates at night – are “unbelievably crowded,” Stewart said. A spokesman for the operator of both sites, Bay Cove Human Services, has not responded to questions.

The Harvard Square Homeless Shelter in the basement of University Lutheran Church closed Sunday; it usually closes for the season April 15. The site, operated by Harvard University students and volunteers during the winter and early spring, serves 24 people for up to two weeks.

A Covid-19 task force organized by Mayor Sumbul Siddiqui was to hold its first meeting Tuesday. Councillor Marc McGovern said “there is a group” looking into finding space for the homeless, but it was unclear whether he meant the task force. “All of these things are already in the discussion mill and we’ll hopefully have a resolution to this very soon,” McGovern said.

Officials have not disclosed the names of experts who are on the panel. When councillor Quinton Zondervan asked why, Jacob said answered only indirectly, saying he would send the names onward through the city manager and mayor. He did not say explicitly that it would be made public.

On Thursday Gov. Charlie Baker said the state will use the former Newton Pavilion near Boston Medical Center to treat homeless people in Boston who become infected, including giving them a place to self-quarantine and providing space for them to stay after treatment. The state bought the building from BMC in 2018 with plans to move its Shattuck Hospital there in 2021.