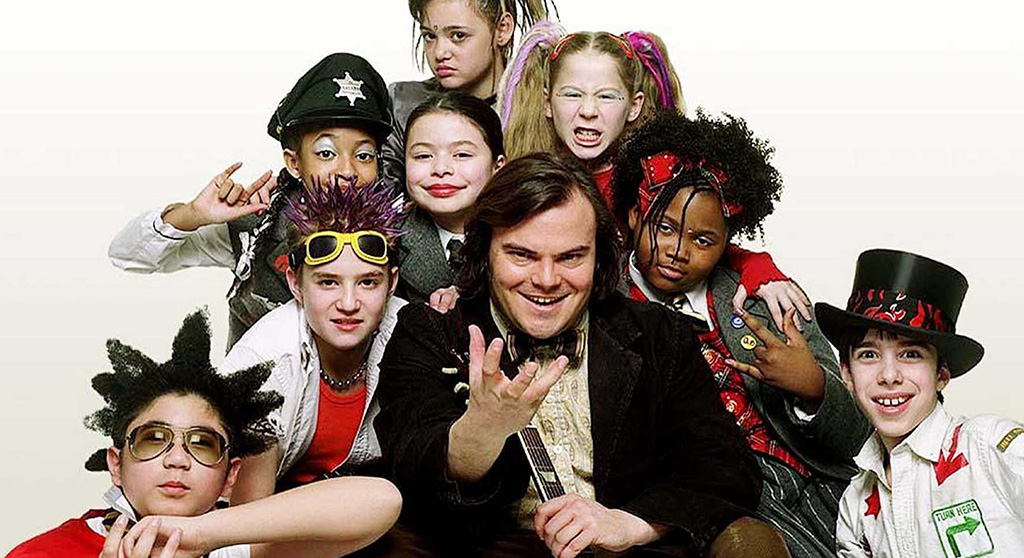 With the Covid-19 outbreak, social distancing mandates and shutdown restrictions in place, movie theaters have been shuttered. As a result “Film Ahead” will – for the interim – focus on a selection of films I’ve seen recently that you can find streaming or on demand on platforms such as Xfinity, Netflix or Amazon Video. “Birds of Prey” and “Bloodshot” along with “The Invisible Man,” all newly released or recently in theaters, can also be found online, with the drawback that they are available for purchase only (not rental) at around $20. True, that’s less than the cost to take the family or a date to the cineplex, but a premium rental cost of $7 to $12 would make better sense.

You can help cherished cultural institutions and organizations such as The Brattle Theatre and Independent Film Festival Boston in this crisis with small things such as renewing your memberships early and adding a few dollars as a donation, or looking for them as a beneficiary of the Amazon Smile program, in which a part of your Amazon purchases go to help the nonprofit of your choice.

The Harvard Film Archive just announced its screens will remain black another month, with a reopening now planned for the end of May or beginning of June. The DocYard series normally hosted at The Brattle is going online with an extended screening of “No Data Plan,” a video essay about living in America while undocumented, and hostility toward immigrants. The film will be showcased Monday through April 5, with details on how to participate posted on the DocYard’s website; on Tuesday, there will be a Zoom video chat Q&A with director Miko Revereza. Revenue from ticket sales will benefit The Brattle, the longtime partner of the DocYard. Additionally The Brattle will offer curated online programming on its website, including a daily selection for kids.

In the regular film review section we reviewed the Marcel Marceau biopic “Resistance,” newly out and available on streaming.

Tom Cruise and screenwriter-turned-director Christopher McQuarrie (he wrote “The Usual Suspects”) reteam after 2011’s “Rogue Nation” – they have more on the books, with one in production sidelined by Covid-19 – and the result is electric. Many will talk about Cruise’s high-altitude dive or the crazy copter stunts amid snow-topped cliffs, but the real stunner here is the early-on bathroom brawl with a beefy CIA agent played by Henry Cavill and Cruise’s Ethan Hunt taking on an opposition operative (Liang Yang) in what amounts to the best bathhouse beatdown since a naked Viggo Mortensen took on a posse of thugs in David Cronenberg’s “A History of Violence” in 2005.

This look at the meteoric rise to stardom of pop star Elton John feels akin to that of Freddie Mercury in “Bohemian Rhapsody” (2018) – both were British working-class lads who struggled with their same-sex preference in less tolerant times, and the shackles of drug addiction. Even more so, both biopics are helmed by Dexter Fletcher (he took over on “Rhapsody” after Bryan Singer was fired). Like Rami Malek as Mercury, Taron Egerton is the embodiment of John in voice and flamboyant public persona and, when offstage, projects something deeper than the glossy material given. It’s a pleasing, foot-tapping rock ’n’ roll odyssey that blazes by with pomp and splendor.

An unlikely project for quirky indie stalwart Richard Linklater (“Slacker,” “Dazed and Confused’) and a spot-on gig for hambone Jack Black, whose bigger-than-life persona fills the screen as Dewey Finn, a faux substitute teacher at a prep school who turns his tweeners on to AC/DC and other rock classics when they should be learning math. The concept by Mike White is paper thin and takes a while to move beyond Black’s manic mugging, but it all falls into rhythm for the big emotional guitar solo.

Here’s one that’s actually – and shockingly – improved with age. A critical and box office zero (Zero Cool, as they say in the film) at the time, “Hackers” made less than $10 million while the tepid Sandra Bullock thriller “The Net” the same year made more than $50 million; but the film gave Angelina Jolie her start and has become something of a (much lesser) cult classic in the vein of “Fast Times at Ridgemont High” (1982). Directed by Ian Softley (“Backbeat,” “Wings of the Dove”), the plot has teen hackers (Jolie and Jonny Lee Miller, who would marry six months after shooting) on the hook for a computer virus that will capsize oil tankers. You know bigger fish are swimming above. The retro music, Day-Glo fashion and rollerblade evasion maneuvers serve as nostalgia, while some of the stuff about hacking pay phones and “Tron”-like games feels damn prescient in hindsight.

The movie that made me fall in love with movies. As a kid I hated black-and-white, stage-set westerns – then I saw this. I was drawn to the bleak moral ambiguity and, at the time, thought it was something no one took seriously, as the killing was so profuse and nearly comical. Groundbreaking and impeccable, this classic Sergio Leone Spaghetti Western that gave rise to Clint Eastwood was, I would learn, a clone of Akira Kurosawa’s 1961 Samurai Western, “Yojimbo.”

Mesmerizing in so many ways, from the mystery of aliens arriving to deliver a message they can’t communicate verbally to a story of love and loss told in a deft, nonlinear fashion, and all powered along by a haunting score that includes several soul-filling pieces by Max Richter. Definitely Amy Adams’ best performance that didn’t earn one of her six Oscar nominations, and her best since “Junebug” (one that did) in 2005. Jeremy Renner and Forest Whitaker turn in top-notch performances as well. This was the voyage into the near future that clicked better for director Denis Villeneuve than “Blade Runner 2049” (2017). 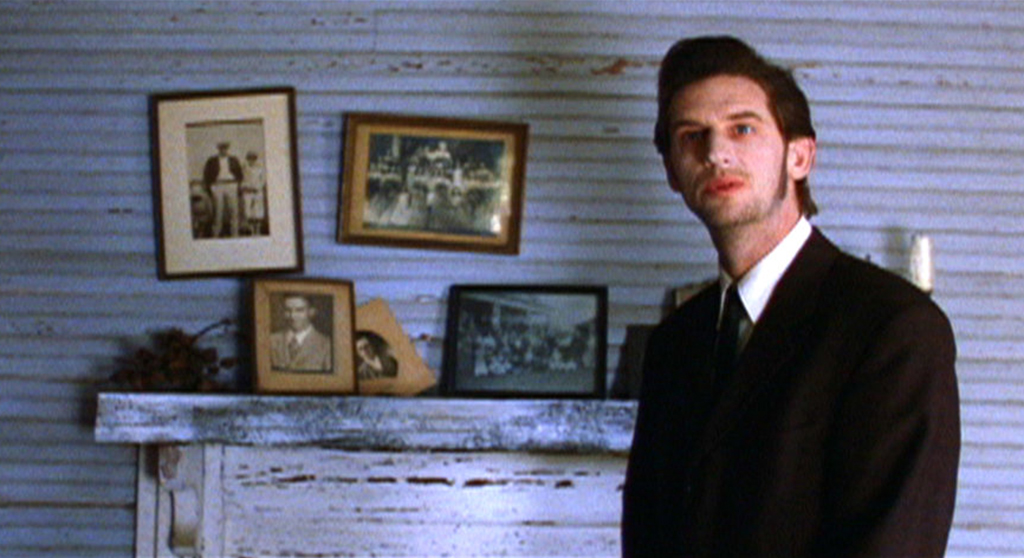 Not the 2016 thriller starring Ben Affleck, but the 2002 Oscar winner for Best Live Action Short Film about the O’Dell brothers (Walton Goggins and Eddie King) trying to save the family farm with the aid of a quirky accountant (played by director Ray McKinnon). The arduous book-balancing moves in unconventional directions, shaking marital bonds along the way and perhaps requiring a pound of flesh before all is said and done. Beautifully shot and something of a gothic western, “The Accountant” feels like a chapter right out of the Coen brothers’s short film fest, “The Ballad of Buster Scruggs” (2018).

Cheeky supernatural fun in the vein of “The Evil Dead” films – and why not, since it stars “Evil Dead” goofball protagonist Bruce Campbell as (or as someone claiming to be) a fat Elvis living in a rehabilitation center with a black man (the great Ossie Davis) who claims to be JFK. Elvis waking up from a 20-year coma is also concerned about a “growth on his penis,” but then comes a mummy who sucks the souls out of the elderly, and Elvis and JFK must throw in and throw down. Totally gonzo horror-cum-comedy from the director who gave you “Phantasm” (1979) and “The Beastmaster” (1982).

This based-on-true-events biopic reunites Eddie Redmayne and Felicity Jones, who costarred as Stephen Hawking and his wife Jane in “The Theory of Everything” back in 2014 (both were nominated for an Oscar; only Redmayne won). Redmayne play mid-1800s British meteorologist James Glaisher, who thinks he can advance atmospheric research by going up in a hot air balloon where no one else has gone. Since he can’t fly, he enlists pilot Amelia Wren (Jones), who’s something of a publicity hound and turns the launch into a crowd-gathering spectacle worthy of P.T. Barnum. Once up, the opposite personalities don’t quite mesh. There’s turbulence physical and emotional, but it all feels rather thin and flat. The gorgeous production values hold us in the gondola, if barely.

Errol Morris’ look into the mind of former Trump operative Steve Bannon is super sobering, especially with the 2020 election ahead. Bannon, clearly full of himself, explains how his campaign machine dethroned Hillary Clinton in the final days of the 2016 election and reveals himself as a film buff who’s made a few flicks himself. One of Bannon’s favorites is “Twelve O’Clock High” (1949); for “Dharma,” Morris’ interview stage in Allston is a reconstruction of the bunker Gregory Peck’s iron-fisted general ran his operations out of – and Morris burns it down for effect. More compelling, riveting and relevant than you’d care to admit.