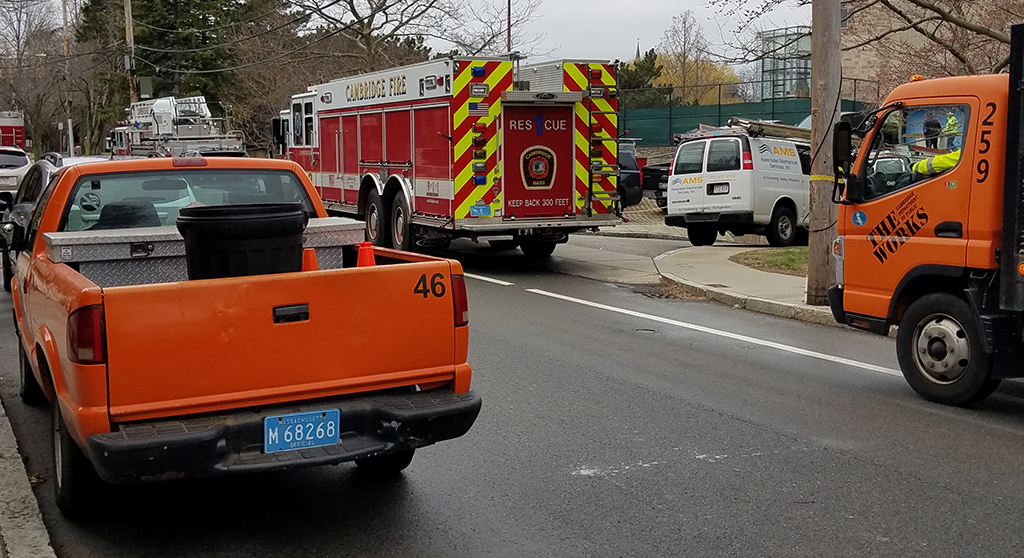 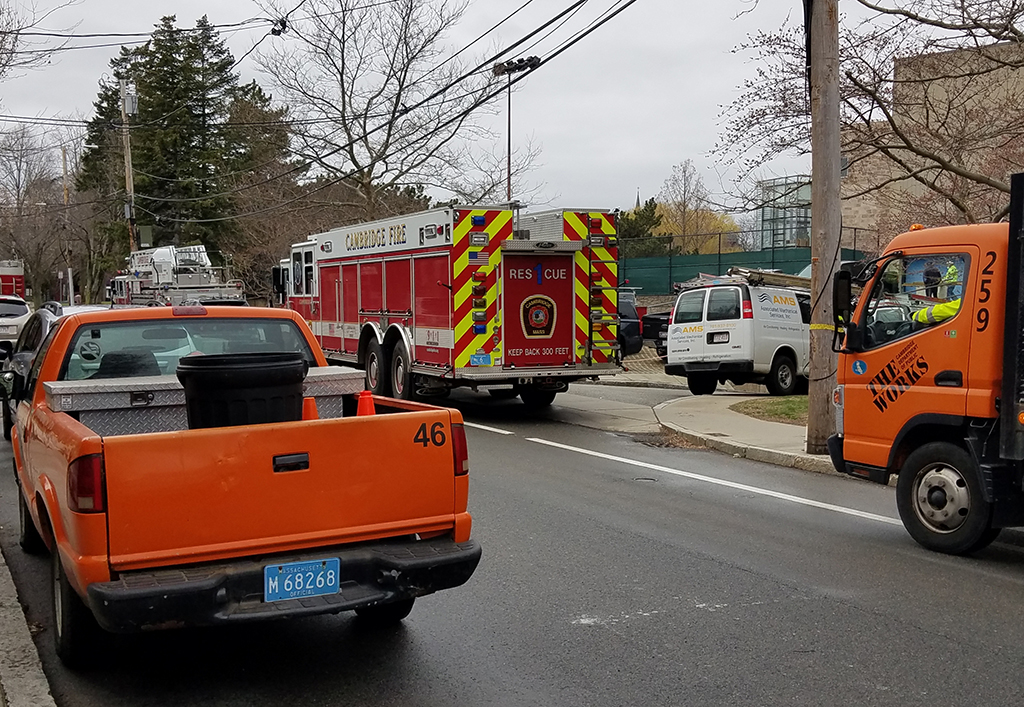 City workers prepare the War Memorial Recreation Center for use as a coronavirus homeless shelter Thursday.

The War Memorial complex that will house homeless people during the Covid-19 crisis and prevent infection from spreading in the population won’t open fully until next week, Chief Public Health Officer Claude Jacob told city councillors Monday. That’s at least a week later than city officials originally said it would start operating.

Jacob described a host of actions that officials need to take before the building and its programs are ready for operation, including setting up medical services via telehealth and arranging for mental health and addiction help. “There are a lot of details we have to work through,” he said.

On Monday the number of reported cases of coronavirus in Cambridge rose to 151, an unusually low increase of only two cases from Sunday’s total. Nine people are hospitalized, Jacob said.

The city has not said how many, if any, homeless individuals have tested positive. It has been under pressure for weeks to provide space for people with no place to isolate themselves if they are infected, or to gather without getting too close to others who might have the virus. On March 13, First Church shelter director Jim Stewart emailed City Manager Louis A. DePasquale warning that without a prompt solution “the health and well-being of all members of our community will be seriously compromised.”

Surprises in site and timing

Officials surprised neighborhood residents and the School Committee when they announced on March 30 that the War Memorial athletic complex for Cambridge Rindge and Latin School would be the place. On Monday, DePasquale took pains to describe his communications – after the decision – with parents of high school students and neighborhood residents. He said a telephone hotline would be established at (617) 349-9770 to take calls from the neighborhood.

The building will have 22 beds for people who are in quarantine while they await test results; 50 beds for those who are infected and in isolation; and a 125-bed shelter to relieve pressure on the facility at 240 Albany St. and replace the warming center in the basement of the Senior Center and potentially a youth shelter on Church Street that are closing, Jacob said.

He said he expected the quarantine and isolation sections to open by Friday and the shelter sometime next week.

“Initially we thought about having something by Wednesday. It’s more likely that by Friday we’ll have that site activated for isolation quarantine, with an eye to have the field house activated the following week,” Jacob said.

The Wednesday date had not been mentioned publicly the previous week when the shelter was introduced to the council. The site would be “up and running” as a homeless shelter by Monday, DePasquale had said.

The shelter will offer programs and a place to stay during the day as well as a place to sleep at night, he said. Councillors pressed Jacob unsuccessfully for definite dates. And councillor Marc Govern, a social worker, warned that the young residents at the soon-to-close Church Street shelter, which serves people from 18 to 24 years old, may not be willing to use a facility with older people who have more experience living on the street.

McGovern said he talked to about 10 youth shelter residents near the Harvard Coop on Friday. “They were not social distancing; they were not wearing masks,” he said. “There was some hesitation from these young people” about going to a facility such as the War Memorial shelter, McGovern said. “On Friday it looked like a very unhealthy situation for them.”

Another factor that may discourage some homeless people from using the War Memorial is that the 240 Albany St. facility is a “wet” shelter, meaning that clients can bring and use alcohol and drugs. That will not be allowed at the War Memorial overflow shelter, Cambridge Police Department spokesman Jeremy Warnick told Cambridge Day.

Jacob said city employees have visited the city’s shelters and found conditions that demonstrated the need for “decongregating” the 240 Albany St. facility. Officials have not disclosed details about the situation; however, one man who was leaving the Albany Street shelter last week after having stayed there the previous night said the building was equipped with plenty of hand sanitizer, had signs promoting social distancing, and had spaced beds 6 feet apart. A spokesman for Bay Cove Human Services, which operates the shelter and will also run the War Memorial facility, said 240 Albany St. complies with federal directives, but would not answer questions about details.

While hotels were being approached Tuesday to house active public safety workers, Harvard University and the Massachusetts Institute of Technology will contribute $250,000 each to help fund the War Memorial operation, the city announced Monday. Councillor Jivan Sobrinho-Wheeler asked whether the city had asked the two universities to provide space for the homeless; he did not get a clear answer. Councillor Quinton Zondervan followed up, questioning why Harvard and MIT are offering beds for first responders to isolate apart from their families, but not space for the homeless.

“Why are we not asking Harvard and MIT to provide housing for everyone who needs to be separated?” Zondervan asked. Police Commissioner Branville G. Bard Jr. replied: “First responders don’t need the same supportive apparatus” as homeless people do. He added that MIT has a historical reason: it’s offering the same space where first responders stayed during the 1918 Spanish flu epidemic and again during crises in the 1970s and 1980s. “Symbolically it would continue that practice,” Bard said.

An increasingly irritated Zondervan (remarking, “I appreciate the symbolism. But I think the safety of our residents is is really critical”) said he had received an email from a man describing himself as working yet homeless because he could not find affordable housing in Cambridge and feared he would catch the coronavirus in a shelter that could be housing other infected individuals. “We are treating homeless people very unfairly by forcing them to be in a shelter,” Zondervan said.

This drew an indignant response from DePasquale: “I can’t sit here and say this is not going to be a safe place.”

When councillor Tim Toomey asked if Lesley University had been approached for use of its empty dorms, Jacob said he didn’t remember.