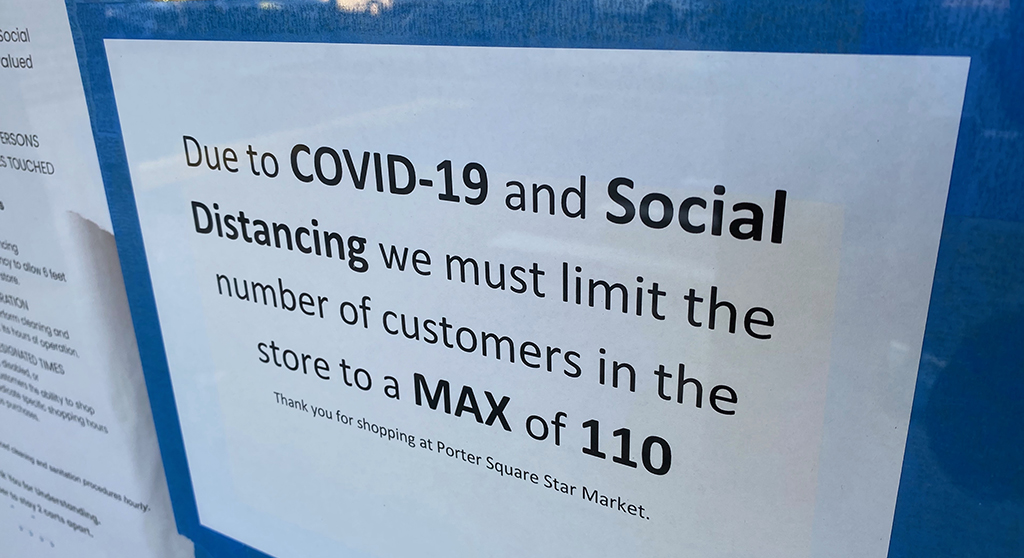 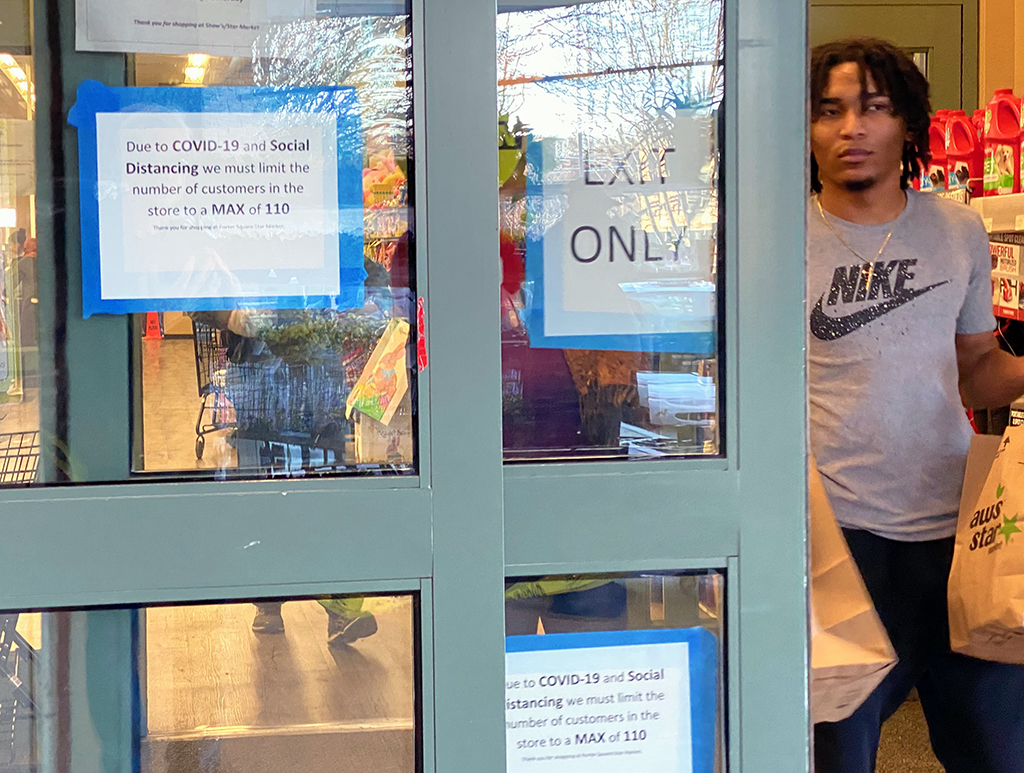 Grocery stores have set caps on the number of people allowed in at one time – in the case of this Star Market in Porter Square, this week the cap was set to 110. (Photo: Marc Levy)

The state on Tuesday ordered local officials to enforce a cap on the number of customers and employees in groceries, set at 40 percent of the building occupancy limit. City officials didn’t immediately say how the rule would affect Cambridge food markets or the city’s enforcement activities.

Cambridge hasn’t imposed a limit on occupants, including staff, in groceries and supermarkets. An emergency order issued March 23 directed retailers to have staff and customers stay 6 feet apart “when possible” and instructed markets to have customers line up outside and enter in a number that would keep the total people inside the store “to a minimum.”

Also on Tuesday, the number of confirmed cases of coronavirus in the city jumped to 163, an increase of 12 cases from Monday. The number had risen by only two cases from Sunday to Monday. The reason for the variation wasn’t clear. The city receives cases from the state Department of Public Health, which may not get reports of positive test results immediately; on Monday the state agency said some deaths reported that day actually occurred over the weekend.

Despite no concrete limits from the city, many grocers have set their own caps, and most are having customers line up and enter the store only when someone leaves. Whole Foods Markets on River and Prospect streets limit occupants to 35, although it’s not clear whether that includes employees. Trader Joe’s on Memorial Drive also has a limit of 35, which includes staff. H Mart in Central Square allows 40 customers in the store.

Target headquarters ordered individual caps for all its stores on Friday, based on each store’s square footage, a person at the Central Square store said. She referred questions on the figure to the company, which didn’t respond to a voicemail. Target carries groceries.

The company decision means that for the first time, the Central Square store is requiring customers to enter the store only when an employee allows. Target also inactivated some self-pay machines and cash registers to keep customers 6 feet apart.

It’s difficult to know whether retailers’ own maximums are higher or lower than the new state restriction of 40 percent of the building occupancy limit. Information on occupancy limits for buildings in Cambridge isn’t readily available.