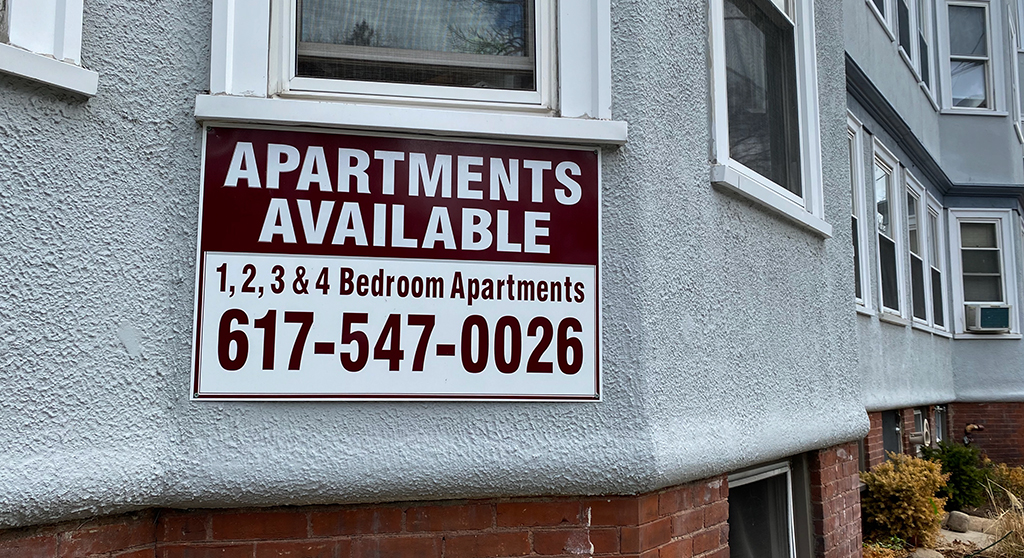 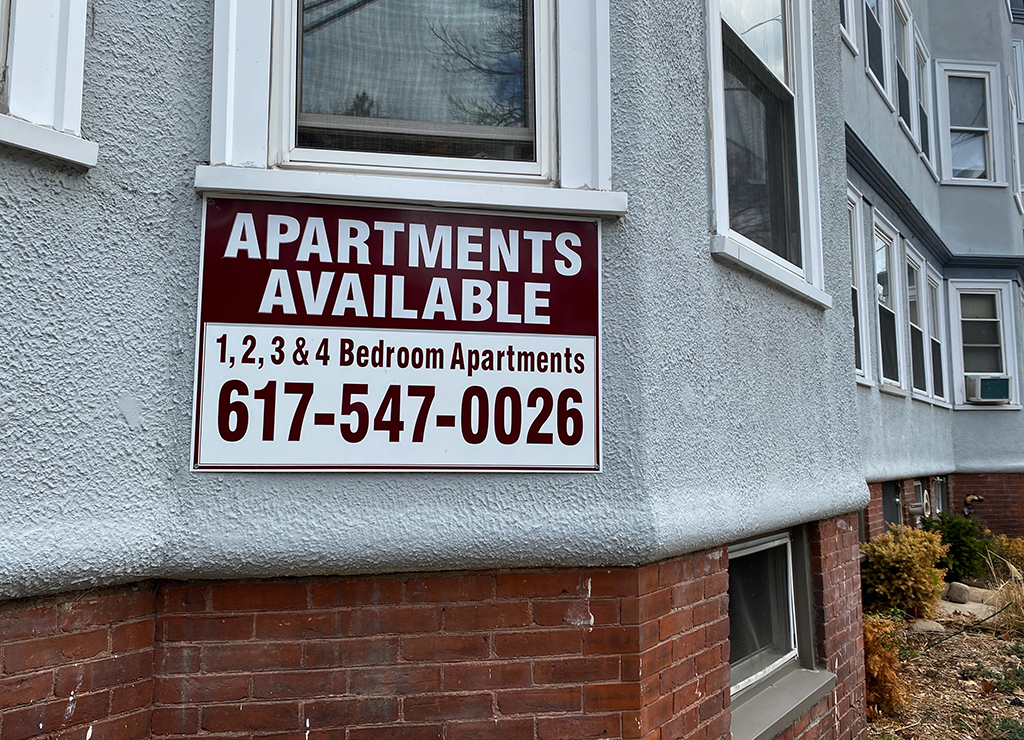 Rents continued to rise slightly even in cities most affected by coronavirus outbreaks nationwide, a survey this week finds. (Photo: Marc Levy)

Around one in four renters didn’t pay their full April rent during a coronavirus crisis, and around the same amount of homeowners failed to make their full April mortgage payment, according to a nationwide survey by the company Apartment List. Those figures are believed to be worse for Cambridge and Somerville.

“There is a clear positive correlation between density and delinquency, and Cambridge is actually one of the nation’s densest cities, with over 16,000 people per square mile,” said Rob Warnock, a research associate for the real estate listings platform. “While we don’t have the sample to calculate the precise number, we can estimate that Cambridge’s delinquency rate is 28 percent or higher, putting it several percentage points above the [25 percent] national average.”

The same would go for Somerville, another densely populated city under significant real estate pressures.

Yet rents were still rising slightly in March, even as the nation went into lockdown and people were told to close their businesses and not to shop. Month-to-month rent growth was 0.3 percent in Cambridge, to a median of $1,877 for a one-bedroom apartment or $2,327 for a a two-bedroom, up 4.5 percent from a year earlier, according to Apartment List data. (Although Cambridge is most expensive among Greater Boston’s large cities, Somerville has seen the fastest rent growth, with a year-over-year increase of 6 percent. The median cost for a one-bedroom is $1,780, and it’s $2,207 for a two-bedroom).

“Even among the cities that have been hardest hit by Covid-19, we have not yet seen meaningful changes in rental trends. In Seattle, which was the first American city to experience a major Covid-19 outbreak, rents were up 0.5 percent month-over-month,” the report says.

The most recent American Housing Survey data, collected in 2017, show that in an average month, 3.9 percent of renters will fail to pay full rent, but for April, “we saw this delinquency rate skyrocket 550 percent,” the report says.

One in nine renters had their landlord or management company lower their April rent. Among those missing their full payments, 45 percent of renters and 44 percent of homeowners said they got reduced or deferred payments from their landlords and lenders.

Expected stimulus checks would be used by 42 percent of renters to cover housing costs, compared with 28 percent of homeowners.

The figures reflect “a dire economic reality,” the report says. “In the span of just a month, the pandemic has already left tens of millions struggling to pay for housing.”

Predictably, those earning up to $25,000 annually were most likely to make a partial payment (15 percent) or no payment (16 percent). But household income of more than $100,000 a year didn’t mean rent or mortgages got paid for April; the Apartment List survey found that 9 percent of earners in this category made partial payments and 7 percent made none.

The survey looked at 4,000 responses collected between April 3-5, according to Apartment List. The full report is here.