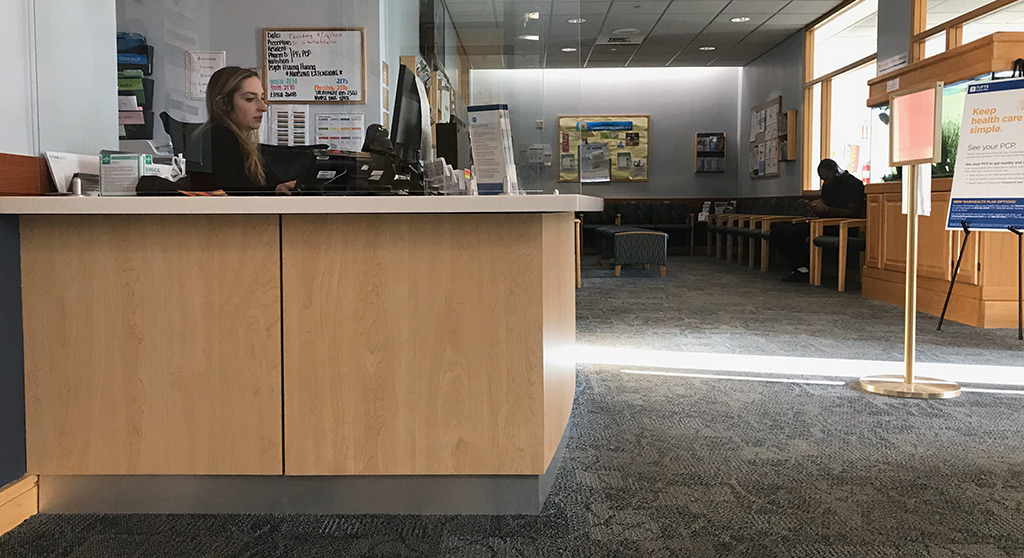 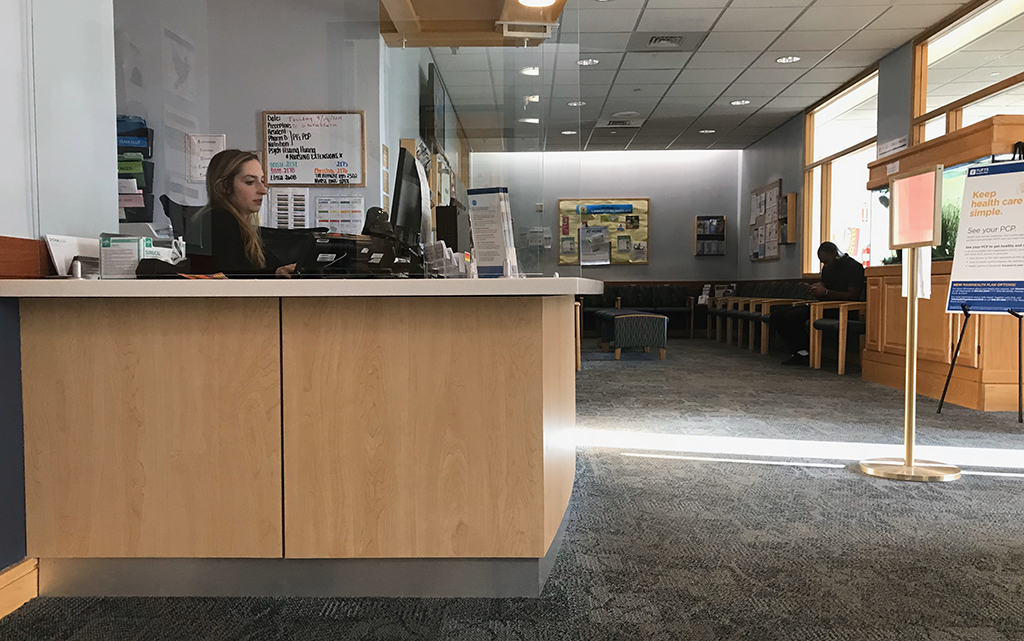 Like other area health care providers, Cambridge Health Alliance has been preparing for a surge in coronavirus cases. (Photo: Marc Levy)

As Massachusetts approaches an expected surge in Covid-19 patients who need hospitalization, Cambridge Health Alliance was treating 103 patients with the virus in its two hospitals in Cambridge and Everett on Thursday, including 19 in intensive care beds, according to a state report. At Mount Auburn Hospital, the total was 69 patients, of whom 13 were in intensive care, said Jennifer Kritz, a spokeswoman for parent Beth Israel Lahey Health. 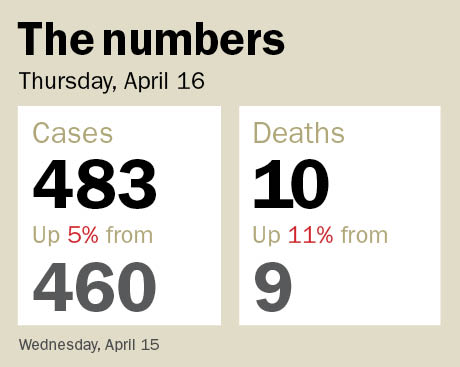 Mount Auburn Hospital has 227 beds and the Alliance has 137 medical surgical beds, but the actual number will fluctuate as the two health care centers, like other hospitals, convert beds and units to accommodate the surge.

The Covid-19 bed count at Cambridge Health Alliance is rising steeply: from 32 on March 30 to 75 on April 8, and now 103. Alliance spokesman David Cecere previously said the system is increasing staffing, opening more beds including converting some rooms to intensive care beds, and using electronic consultations for admitted patients to free up doctors.

Cecere didn’t respond to questions Thursday about bed counts and plans for the surge. A presentation on CHA’s website said the Alliance had diverted hundreds of patients from the hospital by treating them in a special respiratory clinic at its Broadway health center in Somerville. Only about 5 percent of more than 1,000 patients treated at the clinic ended up needing admission to the hospital, it said.

Mount Auburn benefits by being part of Beth Israel Lahey Health, which includes 13 hospitals, Kritz said. “We are working together to transfer patients” among the hospitals if necessary, she said. Beth Israel Lahey has set aside one of its hospitals, New England Baptist in Boston, to serve patients who don’t have coronavirus and need inpatient care, she said. New England Baptist specialized in orthopedics; the cancellation of elective surgery freed it for other use, Kritz said.

The Alliance has transferred patients to Mount Auburn, Beth Israel Deaconess in Boston and to Lahey Hospital and Medical Center in Burlington, she said.

Gov. Charlie Baker said Thursday that about half the hospital beds in the state are available for coronavirus patients as the surge materializes. But in the region that includes Cambridge, only 42 percent of beds are available, the latest occupancy report from the state said. The region, Metro West, also has no alternate hospital beds such as the temporary beds at the Boston Convention Center and the DCU Center in Worcester.

While planning for the surge continues, the number of deaths from Covid-19 in Cambridge is inching up after remaining at one person for more than two weeks and increasing suddenly to seven on Monday. Since then, the Cambridge Public Health Department has reported that three more residents have died from the infection, bringing the total to 10 on Thursday. At least six of the people who died were living in nursing homes or assisted living centers.

Officials have not explained the jump in fatalities this week, and the reports don’t give the date when people died. It can take time to confirm a death from Covid-19 with a death certificate that lists the virus as the cause.

The total number of residents infected with the coronavirus grew to 483 Thursday, an increase of 23 cases in a day. All but one of the additional cases occurred in residents outside long-term care facilities; those cases now total 312, the city’s report said. The number of people with Covid-19 in nursing homes and assisted living centers rose by one, to 171. The city is now reporting the number of infections in both categories.

The number of infected could jump again as homeless people arrive and are tested at the city’s temporary shelter at the Mid-Cambridge War Memorial athletic center. In a last-minute reversal, the city announced that there will be universal testing of people who come for shelter, city councillor Quinton Zondervan said. “This decision will save lives and comes after weeks of pressure from the unhoused community, myself” and councillor Jivan Sobrinho-Wheeler, he said.

A novel surveillance program in long-term care facilities, testing all workers and residents regardless of symptoms, uncovered an astonishing 203 residents and workers with Covid-19 in the long-term care centers. Before the tests last week, the city knew of only 48 cases. A second round of tests has been delayed because the Broad Institute, the research center analyzing the samples, ran out of test kits. Cambridge health department spokeswoman Susan Feinberg said the program will resume Friday – if Broad obtains the necessary kits.

Broad, affiliated with Harvard University and the Massachusetts Institute of Technology, is also doing the testing for the state’s mobile testing program at nursing homes statewide, which has been expanded. The program will have tested more than 6,500 residents and workers as of the end of the day Thursday, state Health and Human Services Secretary Mary Lou Sudders said at Baker’s daily press conference. Another 10,995 test kits are being distributed to long-term care facilities, she said.

In contrast to those numbers, the testing in Cambridge involved 1,050 residents and workers, a Broad spokeswoman said.

Aside from the Broad Institute, Cambridge Health Alliance has developed its own in-house testing service, which could speed up test results. But shortages of test supplies such as swabs to take samples from the nose and throat remain a hurdle to widespread testing. City Manager Louis A. DePasquale told city councillors Monday that the Alliance is testing about 120 patients a day in total at its mobile site in Somerville and within the system.