‘Other Music’: Coolest music shop in New York, capturing the moment in a corporate shadow 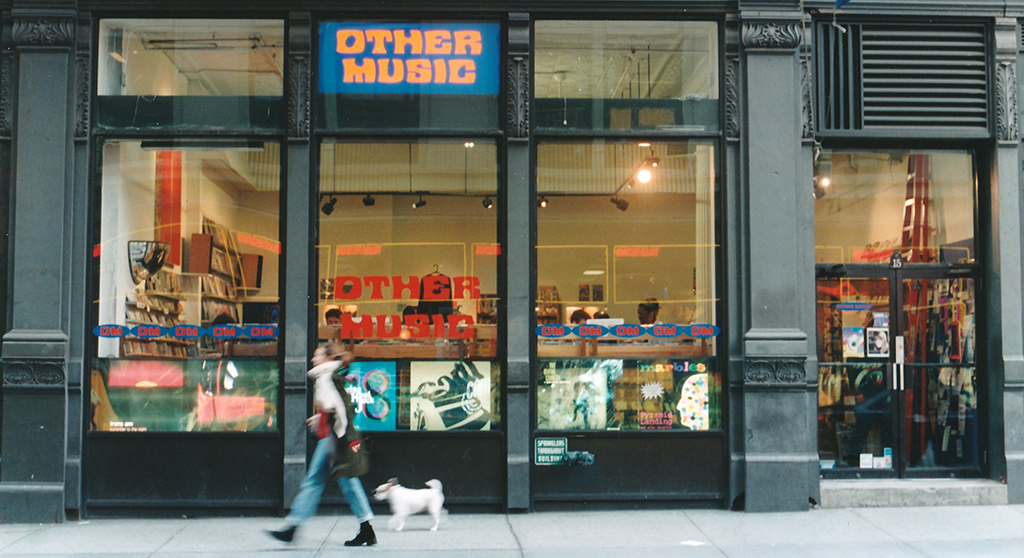 ‘Other Music’: Coolest music shop in New York, capturing the moment in a corporate shadow

Virtual theater releases are about to become a thing. They are already happening at the Somerville and Coolidge Corner theaters, and come to the Brattle this week with “Other Music,” a cozy but somber documentary about a small alternative record shop in New York City’s East Village that shuttered in 2016. The store was so tiny, one manager says there was a height limit, because anyone too tall would hit their head; and all the record and aisle labels were handwritten by the staff, who had encyclopedic knowledge of cutting-edge music. Filmmakers Puloma Basu and Rob Hatch-Miller capture not only this quirkiness, but the social and cultural relevance of the venue, where staff was so sharp and knew their customer’s taste so well they often would get “pick ’em” requests from loyalists such as actor Benicio del Toro.

Defiantly, Other Music opened in the ’90s across from a Tower Records – and outlived its overshadowing titan. It never carried the latest from Dylan or Oasis; it was all about curating the next wave. Acts that would go on to soar nationally, including St. Vincent, Vampire Weekend and Neutral Milk Hotel (playing the classic acoustic “Two-Headed Boy”) played the store’s cramped confines, as seen in footage that is grainy and wonderful; Interpol, looking to get recognition early on, sold their handmade CDs at Other Music on consignment. Co-owner Josh Madell jokes that he and his early partners often invited dates to come in to the store to listen to music, then steered them toward tasks such as working the cash register. Testimony from myriad near-famous talking heads cites the store’s reputation for inclusivity before such notions ever became a woke battle cry.

One thing you can’t help but take from the film from a local standpoint are the parallels with beloved Stereo Jack’s Records on Massachusetts Avenue between Harvard and Porter Squares. It’s eerie, uncanny and undeniable, but also a statement about Stereo Jack’s existence and Other Music’s longevity, which speak to a culture beyond the bottom line – it’s all about the music and the community it infuses.

It’s not mentioned in the film, but there was also a cousin Other Music store on Winthrop Street in Harvard Square, part of the Crimson Galeria – now a Shake Shack. That store shuttered in 2002.