‘Suspiria’: The 1970s are raised from the grave by a sophisticated crew who’ll make you wince 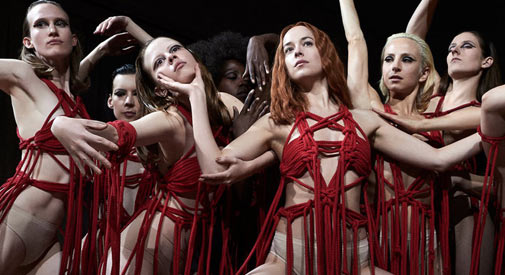 ‘Suspiria’: The 1970s are raised from the grave by a sophisticated crew who’ll make you wince

“Suspiria,” the remake of Dario Argento’s cultish 1977 European gothic of the occult operating within secret passages of a German school of ballet gets handled with care and extra visceral crunch by fellow Italian Luca Guadagnino. Guadagnino, regarded for his nuanced takes on such critically well-received works as “Call Me by Your Name” and “A Bigger Splash,” delves into the moodiness of the horror genre with bloody aplomb. Here he and writer David Kajganich take it deeper than Argento did by adding human layers and deeper suspenseful intrigue – and by allowing Tilda Swinton to play multiple roles, including as an elder gentleman who has scenes of full-frontal nudity (no penile prosthetics were hurt in the making of this film). 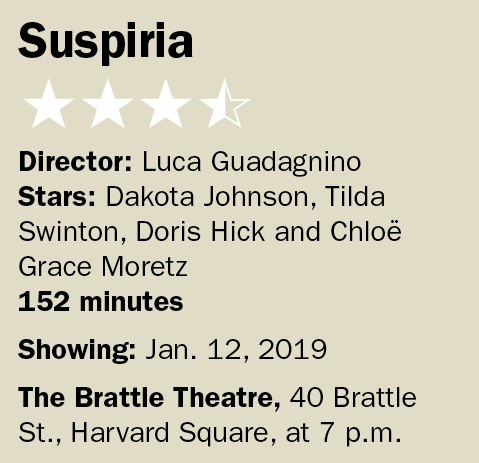 The performances are spot on. Swinton, as usual, is all in. The setting is inspired as well: 1977, the same year Argento’s signature work made it onto screens, and in West Berlin against the backdrop of the Iron Curtain and Cold War, with the Red Army and Baader-Meinhof gang in full swing. Anyone can go missing at any time, and there’s myriad possible culprits, the least obvious being a coven of witches. We catch up with a harried young American named Patricia (Chloë Grace Moretz) who tells elderly physician Dr. Josef Klemperer (Swinton) that she’s pretty sure the ballet school she’s attending is run by witches. Shortly afterward, Patricia goes missing and Dr. Klemperer, wrestling with personal demons that root back to the Holocaust, begins to poke around and alert the police to strange doings.

Meanwhile (and there is a lot here; the film is more than two and a half hours) the school receives a new American recruit who can dance like Salome, pleasing troupe grand dame Madame Blanc (a chain-smoking Swinton in her most recognizable countenance). New girl Susie (Dakota Johnson, fresh off “Bad Times at the El Royale”) is all alone in the world after “cutting ties” with her controlling Mennonite kin back in Ohio. Besides being a promising dancer, Susie may be the one to bear the great darkness of the coven’s ancestry. The mumbo-jumbo here doesn’t matter so much; Guadagnino’s “Suspiria” is more about ominous intrusions, eerie and immersive, and slow painful deaths that will make even the strongest wince while the ladies dishing out the meting from floors below cackle with glee. It’s an intoxicating brew right up to the gonzo Grand Guignol, when the use of red, gauzy filters help ameliorate the unrelenting gush of arterial spray.

Guadagnino has said that he’s been wanting to make this “cover version” since he was 12. It’s unlikely that such a project ($20 million), even with such a cast and Radiohead’s Thom Yorke lending his talents, would ever gain a green light without such an accomplished auteur behind it. It doesn’t have the campy cult edge of Argento’s, but is a potent time capsule of an era that seems farther than it actually is. It’s also something of a feminist anthem. Those that run the Helena Markos School have absolute control of all within their cloistered realm. It’s a very safe place for a woman if you’re one of the indoctrinated, a chamber of horrors if you’re not. Men, for the most, are bothers, only worthy to serve as witness. It’s the mother here that’s all powerful – as with Argento, who capped “Suspiria” with “Inferno” in 1980 and 2007’s “Mother of Tears” (starring his now infamous daughter, Asia) and tagged the century-spanning witch-mythos “The Three Mothers” trilogy.

“Suspiria” is definitely not for all. Fans of Swinton, arthouse horror (think “The Witch” and “Heredity”) and the original will swoon. Those coming to see the film because of Guadagnino‘s earlier works will be in for a bloody shock.