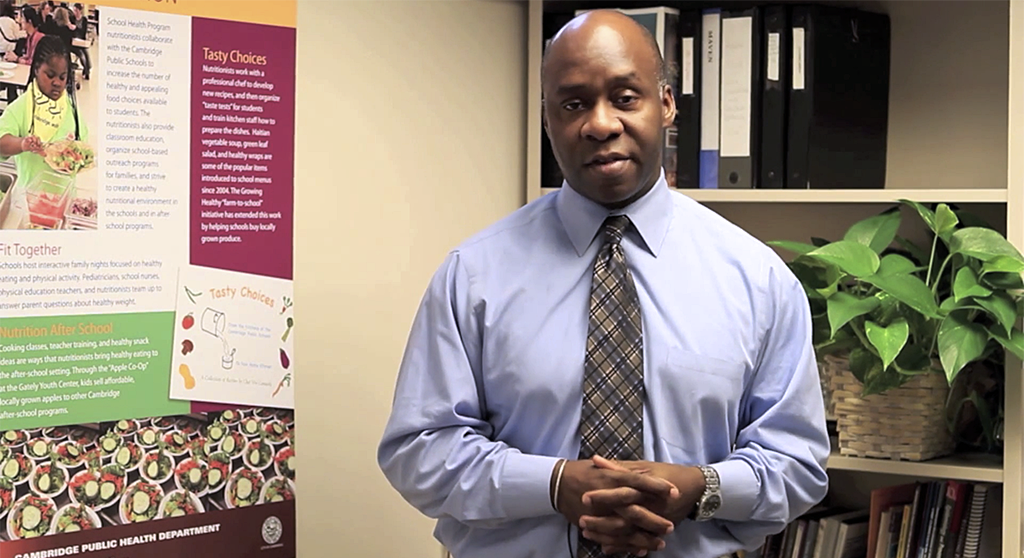 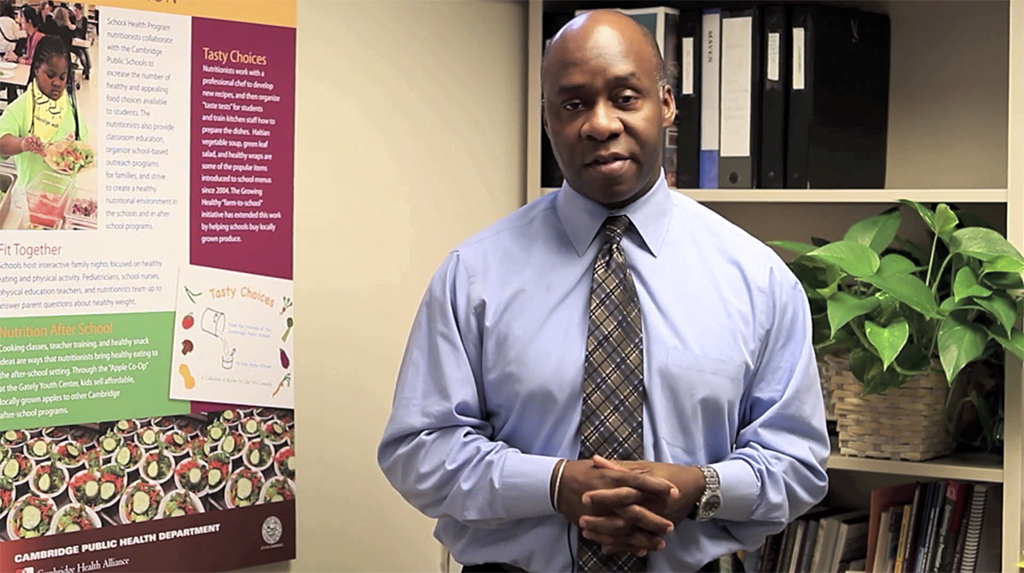 Cambridge’s chief public health officer, Claude Jacob, seen filming an informational video for his department in 2012, reported to the City Council on Monday about racial disparities in Covid-19 cases.

Cambridge residents who are black are getting sick with Covid-19 at almost three times the rate of white residents, the head of the Cambridge Public Health Department told city councillors Monday. The disparity is “similar to what we’ve been hearing and seeing from coast to coast,” Chief Public Health Officer Claude Jacob said.

The information – including that the analysis didn’t include cases among nursing home residents because they are overwhelmingly white – was a tantalizing glimpse of racial and ethnic information councillors have been seeking for several weeks. And on Tuesday, the department began reporting the racial and ethnic breakdown for residents in nursing homes and in the community, but it didn’t provide infection rates.

One big problem, for Cambridge and the state, has been lack of data. Doctors and laboratories reporting positive test results to the state Department of Public Health aren’t including the race or ethnicity of patients in many cases; in the state’s report Monday more than half the cases had incomplete information.

Cambridge faced the same challenge, as the state provides all the case information to the city’s health department. Cambridge Public Health Department staff have been trying to close the gap by calling those with a positive test, and have so far whittled the “unknown” category to less than 15 percent of cases, Jacob said. However, in the city’s report on Tuesday, 19 percent of total cases — in nursing homes and in the community — had no racial or ethnic information, and 25 percent of cases of people in the community.

The disparity in coronavirus infections is part of broad inequality for black and Hispanic residents in Cambridge, with health department surveys and demographic data showing that black residents have the lowest median income and Hispanic residents are most likely to live in poverty, followed by black residents. “Racial and ethnic minorities in the city were more likely to report that they did not have access to either a regular health care provider or had not had a checkup with a health care provider in the past year,” Jacob said.

“Regarding susceptibility to Covid-19, it is far more likely that in Cambridge, racial and ethnic minorities comprise a greater proportion of our essential workforce, including health care workers, service industry workers, such as those in grocery stores [and] restaurants … They tend to hold jobs and careers that lack paid sick leave. They may live in densely populated neighborhoods, and in more densely populated homes, making it extremely difficult to maintain social distancing,” Jacob said. They also have health problems that make them more vulnerable to severe illness from the virus, he said.

The department is trying to inform black and Hispanic residents about the infection, social distancing, and resources through churches, community groups and a pilot program that Jacob called community ambassadors, he said. 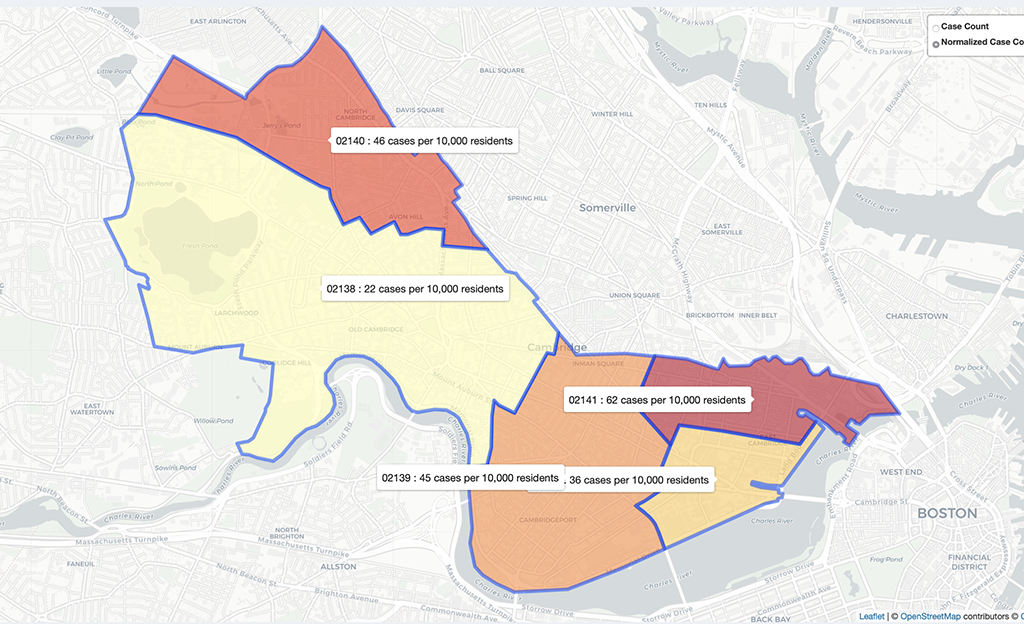 An analysis by the Cambridge Public Health Department shows a concentration of known coronavirus infections in the city’s five ZIP codes.

Jacob was less informative about differences in infection rates among ZIP codes that the health department has been including in its daily data reports for about a week. Color-coded maps show that East Cambridge and Harrington-Wellington grouped in 02141 has the highest infection rate – the number of cases per 10,000 residents – and 02138, including West Cambridge, Mid-Cambridge, Riverside and Fresh Pond, the lowest. The maps include cases of coronavirus outside nursing homes.

When councillor Tim Toomey asked about “discrepancies” in the figures, Jacob simply explained the difference between the raw number of cases and the rate, or number per 10,000 residents.

The maps do not say whether the differences are statistically significant; if they are, the variation is highly likely to be real rather than from chance. Department spokeswoman Susan Feinberg hasn’t answered questions about the statistical significance, meaning or reason for the differences and how the department is responding to the information.

Efforts to collect more racial and ethnic information about people who tested positive may have also improved data on ZIP codes. In Sunday’s city report, 365 cases were included in the map, while the total number of positive cases outside nursing homes was 471, hinting that there was no address data for 106 cases. On Monday the number of cases in the map rose to 456, up 91 cases, while total cases outside nursing homes increased by only three, to 474. Feinberg didn’t answer a question about why.