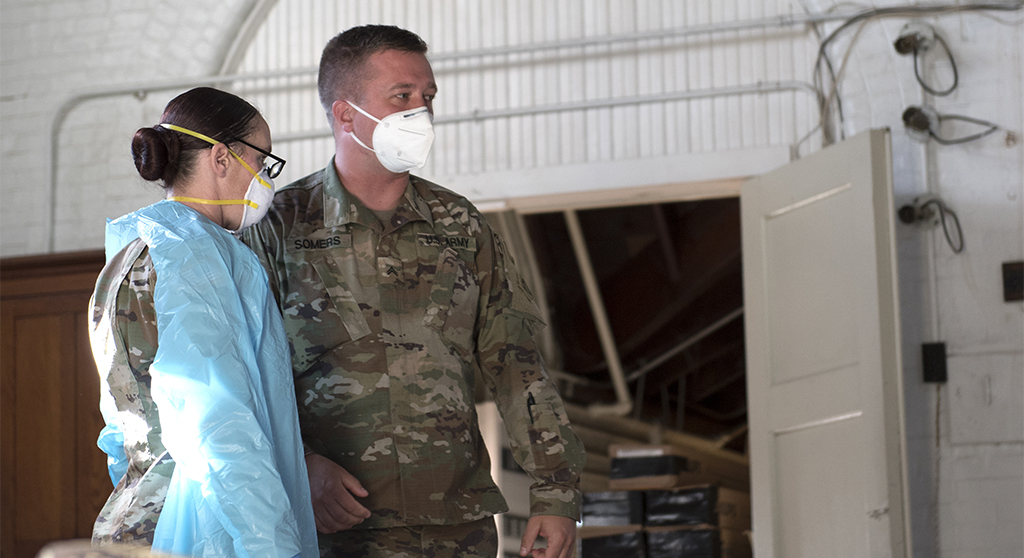 Around 2,309 clients test positive and 221 have died, state figures show
By Sue Reinert 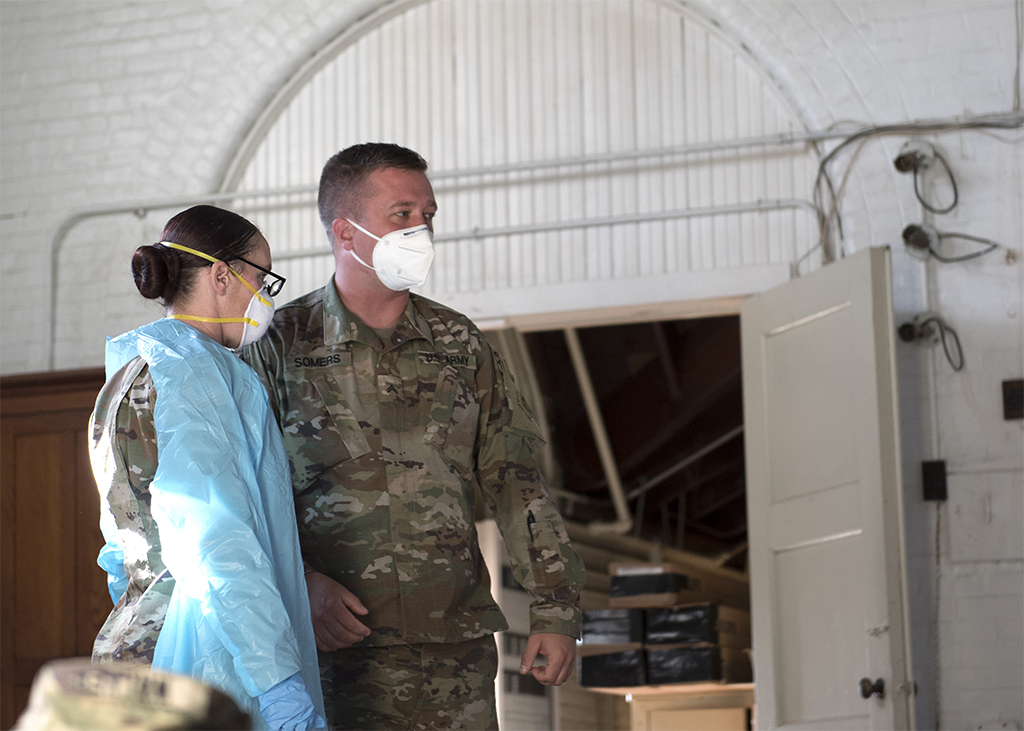 Public health and government officials have focused on protecting nursing home residents from Covid-19, yet there’s another group of vulnerable people – disabled or mentally ill individuals – who also live together, often suffer from poor health and are sometimes cared for by low-paid workers who may risk infecting clients by working several jobs.

This population has also been hit hard by Covid-19. As of Wednesday, more than 1,700 clients in state and privately operated group homes for people with mental illness or intellectual or developmental disabilities have tested positive for the virus and 92 have died during the pandemic, according to the Executive Office of Health and Human Services. More than 609 patients have become infected in state-run psychiatric hospitals, facilities for developmentally disabled people and veterans homes, including widely reported cases at the Holyoke and Chelsea homes. More than 129 have died of the virus. In April, state officials sent an Army Reserve medical unit to help one state-operated facility, Tewksbury Hospital, cope with an outbreak.

The cumulative count in private psychiatric hospitals and units within hospitals isn’t as well known; the state began reporting numbers only recently, and it discloses only current cases. That can make a difference. The count at Cambridge Health Alliance has been zero for the past two weeks. Yet the Alliance, which unlike the state is willing to disclose the number of cumulative infections, has had 27 psychiatric patients test positive for the virus, spokesman David Cecere said. CHA has 72 beds in Cambridge and Everett for patients with mental illness. 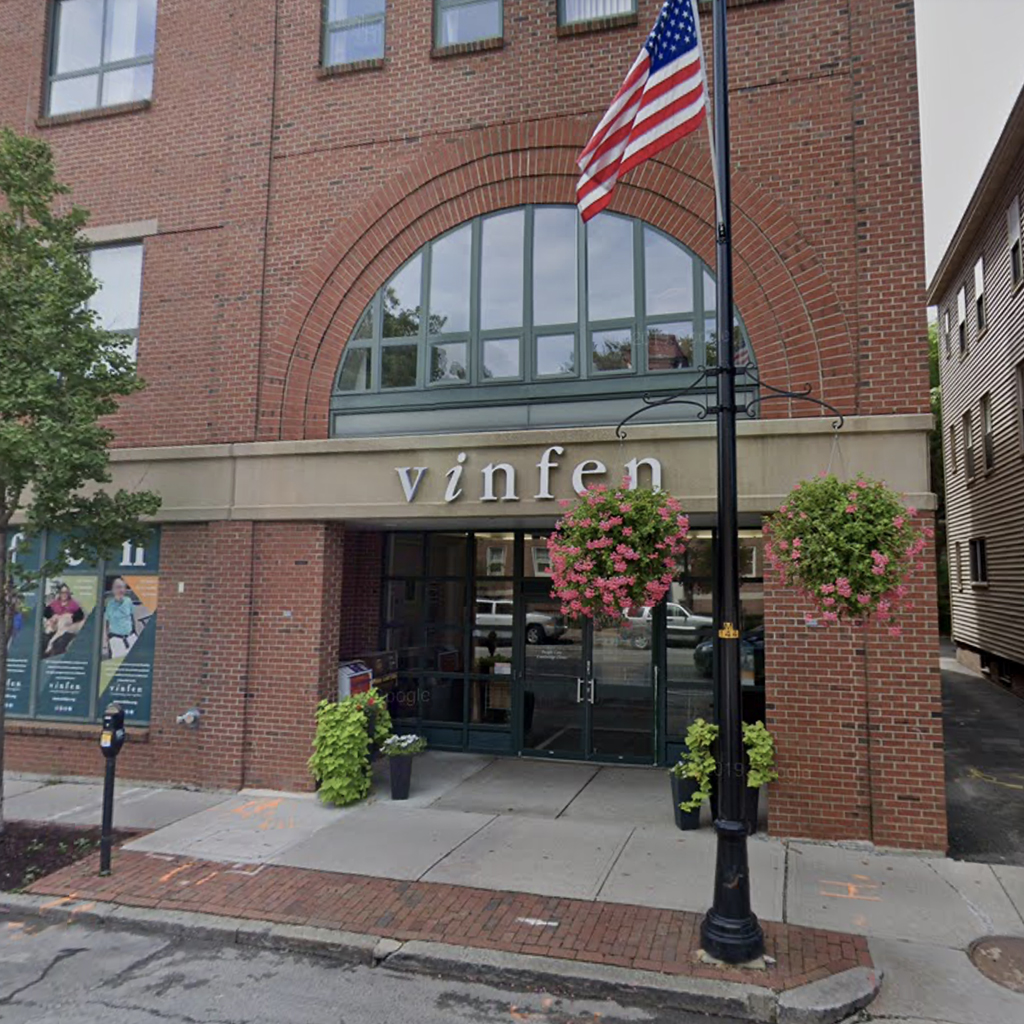 Cambridge-based Vinfen is one of the state’s largest group home operators. (Photo: Google)

In another Alliance program that is not residential but had brought frail elders together in a group setting at least once a week, the CHA Elder Service Plan, 89 clients have tested positive, Cecere said. The group meetings have been canceled for now and clinicians are contacting clients at home to keep track of their health, he said.

Besides not disclosing the cumulative cases in private psychiatric hospitals and units, the state also does not report the number of cases in individual group homes or in homes operated by a specific vendor, leaving disclosure up to the companies. One, Cambridge-based Vinfen, one of the state’s largest group home operators, was willing to give approximate figures. Vinfen has had about 200 residents and 150 workers test positive, and 17 clients have died, chief executive Bruce Bird said in answer to questions.

Bird said its group homes have remained “fully staffed” and supplied with protective equipment with help from the state. “The entire Vinfen team remains vigilant in the face of a highly contagious disease, particularly as aspects of the economy begin to reopen,” he said.

Vinfen operates about 15 group homes in the Cambridge-Somerville area, none where residents have died, Bird said. Another agency that runs group homes in Cambridge, Walnut Street Center, declined to answer questions.

Advocates and family members want a host of changes in the state’s response. Lawyers are worried about emergency guidance from the Department of Mental Health that appears to allow psychiatric hospital staff to restrain patients who refuse to be tested and put them in seclusion, said Jennifer Honig, senior attorney for Mental Health Legal Advisors Committee. Psychiatric units also don’t have to check on patients in restraints or seclusion or assess whether they can be released as often as before. Even without symptoms, they can be kept in seclusion for up to 14 days, she said.

Mental Health Legal Advisors hasn’t received complaints about restraint and seclusion, she said, but “facilities should try alternatives to restraint and seclusion before resorting to seclusion.” When Cambridge Day asked DMH how the agency was enforcing Covid-related guidances, the reporter was told to file a public records request.

Advocates and families also want more specific information from the state agencies that oversee the programs and departments of Mental Health and Developmental Services. At a virtual “town hall” this month with Department of Mental Health officials and members of NAMI Massachusetts, the consumer group for people with mental illness, the state answered few questions before time ran out, leaving more than 100 inquiries from members waiting in the “chat” section.

“We’ve had three conversations and several letters with DMH as part of a broader coalition,” the group’s executive director, Deborah Shields, said in an email. “Clearly much more work needs to be done on DMH’s part on many levels. If you read the questions in the chat box, I’m sure you could see the rising anger.” The questions expressed frustration with issues such as requiring a patient to agree to wear a mask before he or she would be considered ready for discharge; Department of Mental Health deputy commissioner Brooke Doyle denied that, saying the mask-wearing criterion was on a discharge readiness form only to let the place where the patient was going know about the issue.

“We recognize that not everybody can reliably wear a face mask,” Doyle said, citing “trauma” and “anxiety” that could interfere.

Honig said it shouldn’t be a requirement “considering how many people are not wearing masks outside [of psychiatric hospitals].” She said advocates are working to have more patients discharged; in answer to a question at the virtual meeting with NAMI, the Department of Mental Health said it’s working to set up more housing and “intensive community supports” that would allow patients to leave the hospital. The lack of community programs is a long-standing issue.

The Massachusetts Coalition of Families and Advocates, which supports residents in group homes for people with intellectual and developmental disabilities, is worried about slow and uneven testing of clients and the fact that workers don’t have to be tested, spokesman David Kassel said. (The Cambridge Public Health Department has “reached out” to state officials and operators of group homes here to inform them of the city’s free testing programs, spokeswoman Susan Feinberg said Friday in answer to a question).

State standards allow employees who test positive but have no symptoms to return to work after seven days, with no further testing required, said coalition executive director Colleen Lutkevich. “That’s crazy,” she said. The Department of Developmental Services also gives the managers of group homes extraordinary discretion, she said. At one home, the manager did not allow visits – but let one resident go to Walmart, Lutkevich said.

“You have a system that is uneven,” she said. “DDS gives clear direction only to their own [state-operated] facilities. You have people really making their own decisions.” A state spokeswoman didn’t respond to an email Wednesday seeking comment.

No mandate for employees tests

The Disability Law Center, the government-designated representative of people with disabilities, echoed the demand for mandatory testing of group home employees in a May 21 letter to MassHealth assistant secretary Dan Tsai. The law center continues to get reports of workers refusing tests, some intentionally and some because they weren’t notified in time, lawyers for the center and several advocacy groups wrote.

The state requires all nursing home workers to get tested if the nursing home is to receive extra funding, and almost all facilities have complied. Meanwhile, many residents of group homes for people with disabilities “have complex medical conditions and are especially vulnerable to the virus,” yet there is no mandate for employee testing, the letter said.

The letter also said advocates have seen screenshots of group home employees not wearing protective equipment such as masks, gloves and gowns during video chats between clients and their families.

It urged the state’s Executive Office of Health and Human Services “to intervene to ensure that this situation does not deteriorate further and reach the same types of tragic outcomes Covid-19 has brought to nursing facilities.”