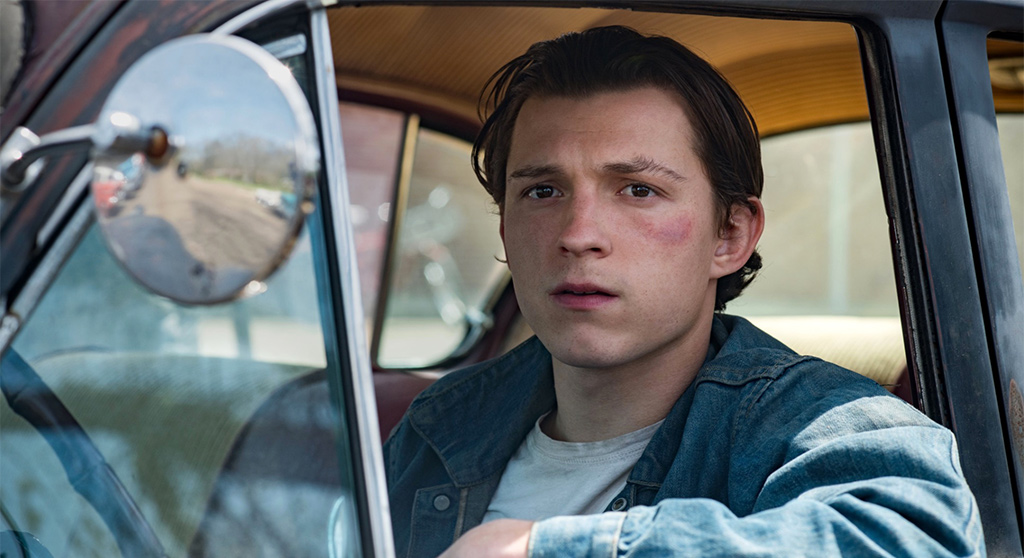 Not to be confused with the British World War II melodrama that came out this year, but a road trip movie that’s a spirited indie cross between “Go” (1999) and “The Hangover” (2009) as Bray (Chris Ball), Stacey (Maddie Phillips) and Oliver (Rory J. Saper) load up in an RV and set off for the traveling music fest of the title. Bray’s gay and poses as Stacey online to meet his dream man, whom he plans to rendezvous with (and surprise) at the concert. Stacey and Oliver are a couple with their own set of time-sensitive issues. This film debut of a filmmaker by the moniker of Lankyboy (Owen Trevor, according to his website) checks all the boxes as a nice whimsical distraction.

Doug Liman, best known for “Swingers” (1996) and “Mr. and Mrs. Smith” (2005), made this underappreciated into-the-night weave about three different POVs of a drug deal that goes sideways at a rave. The immersion into into the pulse-pounding zeitgeist feels genuine and compellingly authentic as the drama unfurls through the eternal Day-Glo night. The intriguing ensemble includes Timothy Olyphant, Katie Holmes, Sarah Polley, Taye Diggs, Jay Mohr and William Fichtner.

A murder-mystery told in reverse through the eyes of an unreliable narrator named Leonard (Guy Pearce, in a bravura turn) who has short-term memory loss. The murder he’s trying to solve is that of his wife, and to keep himself on point Leonard takes a polaroid of everyone and everything (with notes scribbled on the back) and has additional reminders tattooed all over his body. The compelling Carrie-Anne Moss and Joe Pantoliano play shady characters Leonard keeps running into that may be manipulating his weakness for their own purposes. The brain-teasing mystery put Christopher Nolan on the map as a filmmaking force; the concept was based on a short story by his brother Jonathan, one of the creators behind the “Westworld” series.

One of my favorite Nolan films, which like many of his uses time and space as a visual Rubik’s Cube. Here, three threads revolving around the evacuation of British troops from the besieged World War II city of the title take place during differently compressed time periods. It so impressive and meticulous in its sets and orchestrion that (like “1917”) it’s a must see at least once on the big screen (when that’s safely possible again, and places such as the Somerville and Brattle theaters relaunch their repertory and widescreen programs). Kenneth Branagh plays the dutiful British commander trying to hold together the sitting-duck British troops, and Tom Hardy plays a fighter pilot trying to give them precious time. The film was rightfully Oscar nominated in the cinematography, directing and best film categories and took home three technical statues. (Read the full review from July 7, 2017.)

Another sci-fi epic from Nolan that, along with “Inception” (2010) had the kind of human drama that was palpable and universal, something that felt oddly absent from the meticulous director’s latest. Also here, as in “Tenet,” the future infiltrates and influences the past – in our near future, the world has become an uninhabitable dustbowl and humankind needs to get off the planet or perish. Matthew McConaughey plays a former NASA pilot turned farmer in a dumbed-down world that universally believes the Apollo missions were staged. To do his part to save his family and humanity he’s got to suit up, go through a black hole and pray that the slimmest of odds are in his favor. Anne Hathaway, Jessica Chastain and Michael Caine play parts of the brain trust and fellow astronauts supporting him. The manipulation of disproportionate time pieces here may be Nolan’s best sleight of hand to date.

Liman made his own time rewind film with Tom Cruise in this clever, near-future sci-fi extravaganza that sends Cruise’s military official to the frontlines to combat an invasion of insect-like aliens (think “Starship Troopers”). Each time Cruise’s soldier dies he’s resurrected, re-equipped with a mechanical exoskeleton and sent back into battle – on the shores of Normandy, no less. Emily Blunt co-stars as a tough-as-nails warrior who trains Cruise and mows down her fair share of skittery marauders. (Read the full review from June 6, 2015.)

The Boston University-educated Safdie brothers (Josh and Benny) team up with Robert Pattinson for this gutter-level crime drama in which Pattinson plays a caretaker to his mentally challenged younger brother (Benny Safdie). Admirable, yes, but his choices in small crime ventures rival the infuriatingly bad ones of Adam Sandler’s two-timing jeweler in the Safdies’ follow-up, “Uncut Gems” (2019). Pattinson, who rose to fame in the vapid “Twilight” series, has since traded his teen idol star for deeper, more soul-delving fare and become one of the more interesting performers to watch with recent wins in “Tenet,” “The Devil All the Time,” “The Lighthouse” (2019) and this hard-scrabbled rush. I’m curious to see how his “Batman” venture takes off, though it’s sidelined by the coronavirus. (Read the full review from Aug. 24, 2017.)

French auteur Claire Denis cooks up a sci-fi adventure that’s less about the sci and more about the characters aboard a vessel en route to nowhere. The spin is that everyone on the ship is a convict, and their trip to a black hole is an experiment. The story’s told in a nonlinear fashion, with Robert Pattinson in one thread as a steely loner; in another, Juliette Binoche’s Dr. Dibs, in a tight nursing uniform, requests men to fill vials with their DNA in exchange for coveted sleeping pills. It seems in space reproduction and birth is often a lethal thing, and as experiments continue the fabric of the crew changes. (Read the full review from April 4, 2019.)

A faithful but overloaded adaptation of the 2011 Donald Ray Pollack novel detailing corruption and brutality in postwar small town America (the Bible Belt’s lower Ohio and West Virginia). The olio of warped personalities include a Bonnie and Clyde serial killer duo (Jason Clarke and Riley Keough), a snaky priest (Robert Pattinson, who stole “Tenet,” does it again here as he creepily fingers a chicken liver platter at a church potluck), a god-fearing father (Bill Skarsgård) with a nasty streak and a manipulative cop (Sebastian Stan). Some have direct relations or collide off one another by chance, but they’re all in one way or another linked to Pollack’s central protagonist, Arvin (Tom Holland, far afield from his wide-eyed Spider-Man gigs – including a pairing with Stan in “Captain America: Civil War”), a troubled young man trying to do right in a troubled world. Harry Melling and Mia Wasikowska also score big in small parts as an overly pious preacher and his doe-eyed wife. Pollack narrates the super dark material that calls to mind the 2010 Casey Affleck film “The Killer Inside Me.”

Based on pulp hero Jim Thompson’s novel, this Michael Winterbottom-helmed film is a hard one to get around because of its cold, grim brutality. Casey Affleck stars a Lou Ford, a sociopath with a badge who really has a thing for putting the hurt on women. Jessica Alba and Kate Hudson add to the cast as some of those in Ford’s path. Like “The Devil All the Time,” it’s the depth of darkness and amorality that grips. Definitely not for all, especially those easily disturbed by sheer, raw violence.