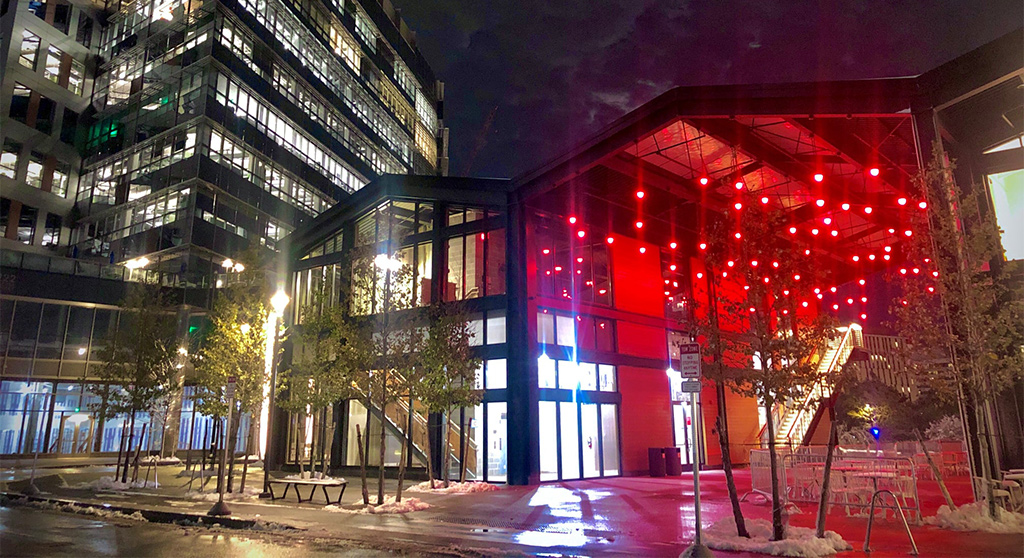 Cambridge won’t impose stricter Covid-19 restrictions than new state orders announced Monday for fear that “if we do much more to our restaurants they will not return,” City Manager Louis A. DePasquale told city councillors at their meeting that night. And although officials have credited the city’s stronger precautions for keeping the coronavirus case rate low here, they indicated they won’t crack down on documented mask-wearing and social-distancing violations by young people in Harvard Square and Cambridge Crossing.

Crowded “party buses” leaving Cambridge Crossing on Saturday nights, questioned by councillor E. Denise Simmons at three council meetings, continue to operate, Simmons said Monday. “What are we doing to stop that?” Simmons said. She said she had learned that individual residents of the development – college students – were renting the buses to take young people to parties in Somerville.

“I wish we could ban them,” Mayor Sumbul Siddiqui said. Councillor Marc McGovern chimed in, also questioning the city’s response to crowds of young people in Harvard Square by handing out “courtesy cards” asking them to follow the rules, instead of imposing fines. “It’s not any secret to anybody, even the people on that party bus, that they should be wearing masks and that’s not a good thing to do, and yet they do it anyway. I don’t think recommendations are necessarily working with certain groups,“ McGovern said.

Chief public health officer Claude Jacob pointed out that Gov. Charlie Baker’s new advisory asking people to stay home between 10 p.m. and 5 a.m. takes effect Friday. “I feel [that] may have an impact in terms of activity after 10,” Jacob said. Still, police commissioner Branville G. Bard Jr. stopped short of saying police officers would stop the bus from operating. He said police did stop the bus Oct. 31 and “investigated” it, learning about the rental arrangements, and would be at Cambridge Crossing again this Saturday after the stay-at-home advisory becomes effective.

Notably, he didn’t say the action Oct. 31 prevented the bus from operating, and he said police this Saturday would “discourage the activity.” Bard hinted that the city may not have the legal authority to shut down the party buses, saying the police department is consulting with the city’s Law Department on a response to Simmons’ demands. Police department spokesman Jeremy Warnick said Tuesday that the drivers and passengers on buses Friday and Saturday “were cooperative and there were no further issues,” but did not say whether the police action prevented the buses from carrying their passengers to parties. “No music was playing upon the officers’ response, and the buses left the area,” he said.

The assurances Tuesday from Warnick were stronger than what councillors heard the previous night.

This coming weekend, Warnick said, “we plan on assigning officers to the areas of concern to deter any ongoing activity and for proactive visibility this weekend and longer, if necessary. As noted, any potential future violations are subject to civil fines.” He said police “followed up” with drivers and the owner of the limousine company involved “to make them aware that their passengers are not following proper social distance guidelines.” Warnick said Baker’s new orders also limit the size of gatherings.

As for unmasked crowds of young people in Harvard Square, Jacob said members of the city’s Community Corps were distributing courtesy cards that did include information about a potential fine. “This is an opportunity for us to have a teachable moment,” he said. De Pasquale said: “We believe education is the best method in achieving compliance. We are starting with the [courtesy card] campaign, we’ll escalate efforts if needed.”

Baker’s stay-at-home message is an advisory, not an order. He issued stronger limits ordering restaurants to close indoor dining and liquor stores to stop selling alcohol after 9:30 p.m. The restaurant order especially concerned DePasquale and councillors, who observed that the city had tried to help those businesses keep operating outdoor dining into the winter months by providing reimbursement for heaters.

“We have put so much money into heat lamps and all those things that can keep the business open longer and [now] we have the pushback on the hours,” Simmons said. “It will have a huge impact. I hope we’ll look at strategies to help the businesses, particularly if they can’t stay open as late.” McGovern said he would send some suggestions for city help to the administration.

On other aspects of the city’s response to the pandemic, councillors and city officials followed a familiar pattern of thrust and parry. Councillor Quinton Zondervan asked if the city had developed a plan to deal with the expected fall and winter surge. Jacob: “We are working on a plan; a plan doesn’t exist.”

From councillor Jivan Sobrinho-Wheeler: What about using rapid antigen tests for surveillance? The city is “quite pleased with the accuracy of the [current PCR] test” and the  “turnaround time is quite good,” said Dr. Lisa Dobberteen, the health department’s medical director. “At some point, we may want to look to rapid testing, as you suggested, surveillance testing. At the moment, we haven’t settled on anything.”

Dobberteen gave a similar answer when vice mayor Alanna Mallon asked whether the city was considering testing all residents of nursing homes and assisted living centers, as it did in the spring. That campaign revealed close to 200 infections, many in residents without symptoms of Covid-19. Dobberteen said: “If we anticipate a need for another team effort like we did in the spring, we’ll look [at] that and put that into play.”

Mallon also asked what advice the health department had for residents about when and how often they should get tested, especially now that the city is offering appointments eight hours a day, seven days a week.

“At the moment we don’t know the answer,” Dobberteen said. “I will say, loud and clear, if people want a test, get a test.”Dobberteen

She added that residents should get tested before they travel and when they come back, and if they’ve been in contact with someone who’s infected. “Holidays are coming. Everybody should be safe and careful,” Dobberteen said. “We want people to use the testing in all facets.”

This post was updated Nov. 3, 2o20, with comments from Jeremy Warnick, director of communications and media relations for Cambridge police.