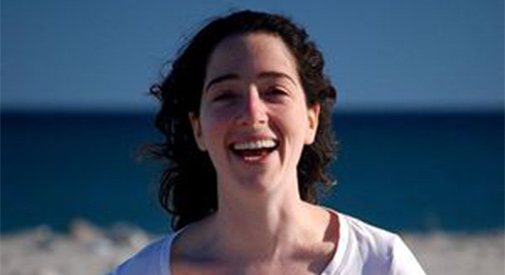 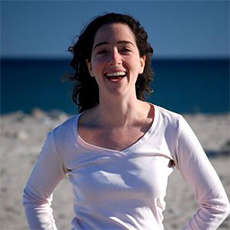 A Somerville doctor with ties to Harvard and the Cambridge Health Alliance, and on the brink of announcing a local Center for Immigrant Health Research, died Nov. 3 after being hit by a car, officials said Tuesday.

Leah A. Zallman, 40, was walking at approximately 12:50 p.m. at College and Kidder avenues between Davis and Powder House squares in Somerville when she was hit, Middlesex District Attorney Marian Ryan and Somerville Chief of Police David Fallon said in a press release confirming an investigation.

First responders arrived and found Zallman unresponsive. She was rushed to Massachusetts General Hospital, where she died from her injuries on Wednesday.

The vehicle was an on-duty municipal worker’s own Chevy Colorado pickup truck, they said. Authorities believe he was on College Avenue trying to take a left turn on Kidder Avenue. The driver of the vehicle stayed at the scene.

The Middlesex District Attorney’s Office and Somerville police are investigating, according to the press release. No charges had been filed as of Tuesday.

The Center for Immigrant Health Research that was the “culmination of Leah’s scholarly efforts at CHA and the Institute for Community Health [in Malden] was to be announced this month,” said David Bor, chief academic officer at Cambridge Health Alliance and a founding member of the institute, in a eulogy posted online. “Losing Leah leaves us numb. Heartbroken. Leah had it all: vitality, generosity and brilliance. She could do it all. And she did it all.”

According to a biography at the Institute for Community Health, Zallman attended Swarthmore College, got a medical degree at New York University’s School of Medicine and was a resident in internal medicine at Boston Medical Center. She attended the Harvard School of Public Health for her Master of Public Health degree, and did a fellowship in general internal medicine at Harvard Medical School and Cambridge Health Alliance. She was married, and the mother of two children, according to her obituary.

“She devoted herself ceaselessly to her work, which included clinical care as well as research into social justice issues that she was passionate about, including immigration and social determinants of health. She was admired as a doctor, researcher and leader by the entire institution where she worked. Her kindness and brilliant mind shone in every setting and interaction,” her obituary says.

In her early life, she was a globe-hopper: Born in Panama and raised in Nicaragua and Honduras, she moved as a child to Washington, D.C., but also spent some of her middle school years in Kenya before going to Pennsylvania for her undergraduate years of college.

Her obituary shows her commitment to social justice issues, including through her work in Cambridge:

“Leah’s passion and dedication to social justice was infused in her from infancy by her parents. She lived the ideals she was raised with fully. She once “[my] passion arises from a deep belief that all humans have a right to health care, and that as a physician researcher, I have a role to play in elevating the voices of the most vulnerable.” She took on that task with zest. She cared for immigrants in her clinical practice in East Cambridge, using her Spanish skills as well as her compassion and talent for listening. She co-led Cambridge Health Alliance’s programming about engaging clinicians to care for our diverse populations. Leah reached out to policymakers about measuring and improving access not just to health care but to food, housing, and other determinants of health for these populations. And she published research widely in leading journals, including a pioneering study that showed that immigrants contributed more to the health care system than they took out of it. She was on the brink of fulfilling her dream of founding a Center for Immigrant Health Research that was to be announced later this month.”