‘Ammonite’: Paleontologist dig on the coast turns up something bigger that’s been buried 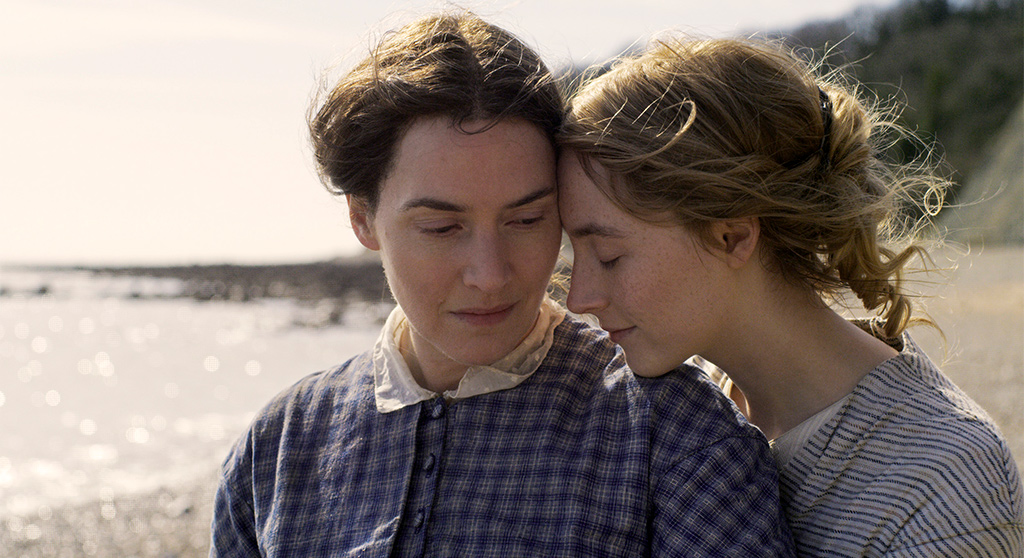 ‘Ammonite’: Paleontologist dig on the coast turns up something bigger that’s been buried

Period pieces are often slow builds of quiet, repressed inner turmoil, in which women find themselves subjugated to dour social mores that hold them tamped conveniently down, simmering and waiting to explode. Many erupt in the form of a sexual awakening (mostly taboo) with participants fighting through bloomers, long johns and other impediments to reach their communal ecstasy – there’s so much to get through one has to wonder if the task of unwrapping is not a killjoy.

Can one imagine a slower build or anything less sexy than a paleontological expedition to ignite one’s rebellion and passion? That’s what lies at the heart of Francis Lee’s “Ammonite,” a tale of two real-life souls, not knowing it at first, but in desperate need of a human connection. The main is Mary Anning, played by Kate Winslet, an amateur scientist who became a world-renowned paleontologist for her discovery of a complete ichthyosaur skeleton in the Jurassic-rich seaside cliffs of Lyme Regis, England, in the mid 1800s. Mary, sooty and a scowl ever etched upon her face, lives with her curmudgeonly mother (Gemma Jones), who seems void of any form of a matronly bone. It’s not the happiest of existences, but Mary has her cliffs, her picks and brushes, and late-night dates dusting her way to her next big discovery.

Her notoriety elicits the attentions of  Roderick Murchison (James McArdle), a well-off businessman, geologist and dinosaur enthusiast who wants to, for a good fee, shadow Mary on her daily treks and afternoon scratching-and-classification sessions. In tow is his young bride, Charlotte (Saoirse Ronan), recently traumatized by a miscarriage. Roderick is hardly there at all when he announces bigger matters require him overseas, but that the sea air should be good for Charlotte. He checks her into a swank seaside hotel before departing. The coast of county Dorset is impressive, but, as shown, it’s forever shrouded in gray mist, hardly the place to educe joy from a depressed soul. Mary, in countenance and demeanor, is a reflection of the landscape she scours. Charlotte tags along some with Mary. In one scene Mary pulls up her bloomers, urinates and, barely wiping her hands, breaks off a piece from a loaf of bread and offers it to Charlotte.

This is late in the film, and by this time one might wonder where this is all going. Charlotte, after saltwater exposure, gets deathly ill, and it’s Mary who takes on the task of nurturing her back. It’s a long road, and there’s little connection between the women at first except the sisterhood of living in a chauvinistic world; but as Charlotte begins her climb out, other connections and human needs bloom. Lee, who made his mark with “God’s Own Country” (2017) about men in love, knows how to navigate this territory carefully, and when the two finally give in, it’s raw, primal and edgily erotic.

The key to Lee’s success here, however, is his casting. These are two of the most interesting actresses of our time. Between them they have 10 Best Actress Oscar nods. Winslet has had long-running success from “Sense and Sensibility” (1995) to “Titanic” (1997) and later “Eternal Sunshine of the Spotless Mind” (2004) and “The Reader” (2008, an Oscar win), while Ronan, who burst onto the scene in “Atonement” (2007), has also compiled a diverse CV with such varied works as playing Greta Gerwig’s alter ego in “Lady Bird” (2017) and as a genetically engineered military weapon in “Hanna” (2011). “Ammonite” undoubtedly will garner comparisons to Céline Sciamma’s “Portrait of a Lay on Fire” (2019) and rightly so – same loose time, geographical area and restrictive social collars on women, where their happiness is not a dinner table conversation. No, for the passionate and the brave, it happens in the shadows. How that concludes in Lee’s rendering leaves fodder for pondering, and will likely send you to Google to learn more about Ms. Anning and Mrs. Murchison.