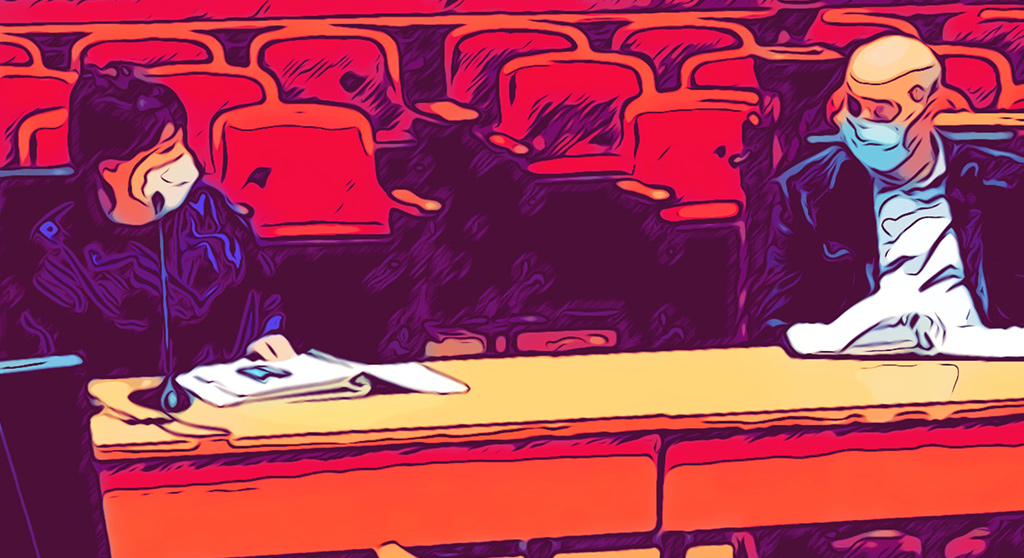 City solicitor Nancy Glowa and City Manager Louis A. DePasquale regard each other in City Hall.

Don’t miss that there’s a request for $450,000 for “unanticipated increases in costs relating to legal matters” on the City Council agenda Monday. It follows a similar one last year from the city manager for $95,000. In the year before that … well, there were no such requests in the years before that, so far as the city’s online records make clear.

Any resident could reasonably wonder why the council is being asked to set aside nearly a half-million dollars in additional funds for a 13-person law department already budgeted for around $3 million, up around 11 percent from the previous year’s budget.

(As a side note: Why does the annual budget book show occasional annual surges by the millions of dollars within the Law Department’s “travel and training” line item, when the “extraordinary expenditures” line item stays at zero year after year? The implied justification seems implausible to say the least – which was it that inflated the department’s budget by $1.7 million in the 2019 fiscal year from the previous year: The travel? Or the training?)

The explanation offered by the city manager is that the additional hundreds of thousands of dollars relate to “legal matters handled by outside counsel legal services, stenographers and court reporters, constable services, consultants and experts, as well as filing fees and related costs in matters pending in courts and/or administrative bodies.”

While the city is opaque on matters of its court cases whenever it can be, it’s impossible to see such surges in legal funding without thinking of what was known as the Monteiro cases, when then city manager Robert W. Healy kept doubling down against discrimination and retaliation lawsuits filed by women of color who’d worked for City Hall. Ultimately the city was punished to the tune of around $14 million, though that doesn’t cover what was spent fighting this loser of a combined case. Now every mysterious swelling in Law Department money looks like a settlement trying to cosplay as a legal conference and three nights at a Best Western in Duluth.

Which is not to say the latest nearly half-million for “legal matters” falls into the same category – except that like the money and effort utterly wasted fighting Monteiro, some of it is going to frivolous purposes.

We know that because the city is still splashing around in the quagmire it got dragged into by the License Commission; police commissioner Branville G. Bard Jr. who, as a member of the commission, refused to explain a vote that was a clear violation of the First Amendment; Police Review & Advisory Board executive director Brian Corr, who thwarted the purpose of the board by redirecting a complaint about Bard to the Law Department; and thus also our own Law Department, where the city solicitor helped prevent Bard from answering. If at any step along the way one of these public officials or bodies had done the right thing, the American Civil Liberties Union wouldn’t have had to step in.

And of course all of this has been overseen by City Manager Louis A. DePasquale, who’s now asking for another half-million dollars for the Law Department that got us here.

The case isn’t complicated. Bard, the leader of our police department, voted that the owners of a bar had made “threats” against fire inspectors even though he’d just heard testimony from the inspectors that they knew the bar owners were talking about nonviolent actions such as filing a complaint with a manager.

Our police chief is trying to criminalize complaints about job performance.

Cambridge vs. the First Amendment

Two attorneys for the city’s Law Department represented the city in a related case before the state’s Alcoholic Beverages Control Commission in the spring and summer of 2019, and the judges ruled in October 2019. But the city has been not really been involved since – it’s been the ACLU vs. the state officials dumb enough to validate the position taken by Bard and the License Commission. Last month, though, the city asked to intervene in the case in Suffolk Superior Court.

It waited almost a full year to jump in, until just before the protectors of the First Amendment were to file a motion for judgment. When asked to agree not to try to delay a ruling, the city attorneys balked, according to a court filing.

From the perspective of taxpayers who sat through the Monteiro cases, it would be nice if the city had learned some lessons that, if not exactly inspiring, at least sound practical: If you’ve done something wrong, don’t keep throwing money at the Law Department (or outside counsel) to fight it. We’re not interested in seeing Cambridge win cases when it’s in the wrong. We’re not hyped to see Cambridge try to weaken the First Amendment.

Save our money for defending the city when it hasn’t done the wrong thing. Then maybe DePasquale won’t have to ask for another $450,000 to supplement the roughly $3 million already going to the law Department for the year.